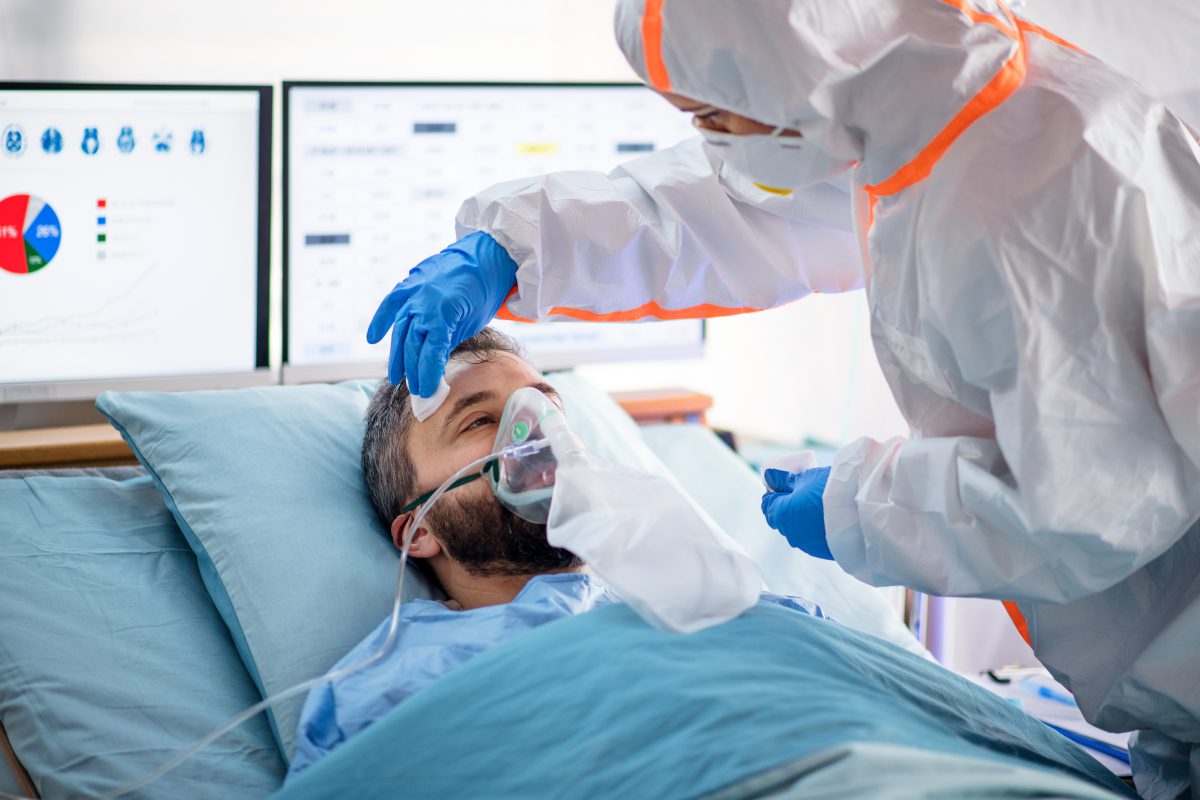 The country faces another surge of COVID-19 infections, with as many as 120 thousand new cases a day. According to WORLD magazine, “New cases and deaths from the coronavirus in the Midwest are climbing among record-setting days for the whole United States…”

The good news is that a vaccine is on the horizon and, as treatment plans have dramatically improved, the overall death rate has plummeted. One physician at the Mayo clinic described to WORLD the new ways doctors think about treating COVID: “administer steroids, if appropriate. Don’t rush to put patients on ventilators. Be judicious with fluids. Put patients in a prone position to take pressure off their lungs. In short, stick with… the ‘bread and butter’ of critical care.”

In light of these new protocols and the updated information, medical experts, local officials, governors, and especially media outlets need to rethink the language they use, the panic they incite, and the policies they enact.

Still, the spike in emergency room admissions, especially in the Midwest, is a legitimate concern. Dr. Ben Daxon, a Mayo Clinic ER physician in Minnesota, described the patient load as “a constant surge.” In addition to the unique challenge of treating COVID cases, the influx of COVID patients compete with “heart attacks, appendicitis, injuries and the other maladies… for limited hospital beds.”

It remains to be seen whether or not things here will revert to the chaos of the early pandemic. Because on-the-ground realities in most cities across the country never reached predicted disaster levels, folks are burnt out on lockdowns and more than a little skeptical. Understandably so. However, in Italy, hospitals that were forced to ration medical treatment back in the spring, with doctors openly questioning whether limited resources should be spent on the elderly, are once again facing what the AP calls “a breaking point.”

It’s certainly possible that a second wave of the pandemic could get really bad in more places than it already has. Unfortunately, even though we are more knowledgeable about the virus in terms of therapies and treatment plans, it doesn’t seem we are better prepared this time around to answer a number of critical questions. For example, state officials and individual citizens have dramatically different views on the limits of personal freedoms, and those state officials that decided to not let a “crisis go to waste” will face a much tougher sell this time around. Also, I hope, but am skeptical, that local officials will have figured out by now that neither churches nor workers should be thought of as “non-essential.” I also hope, but am skeptical, that Christians have figured that out.

Another question, if things get really bad and medical treatment resources become scarce, are any we better prepared to deal with the sort of ethical questions a crisis like this could demand? By necessity, in times of acute crisis, care must be triaged, to ensure the “efficient use of resources.” The crux of the issue is found in the word “efficient,” not because limited resources shouldn’t be wisely stewarded, but because we are a culture with a tendency to devalue human life and call it “efficiency.”

Wesley J. Smith has documented the rise of “futile care theory,” in which doctors withhold medical treatment deemed “too burdensome” or “too expensive.” According to Smith, this is a rising trend, not only in areas around the world with limited resources, but in pre-pandemic America too. “Futile care theory” rethinks care in financial terms. This way of thinking is devastating for human dignity, especially in a pandemic.

There’s also the increasing popularity, and not only among euthanasia enthusiasts, of “quality of life” language. As I’ve said before, in practice, who decides the “quality of life” often shifts from patient to family members to bureaucrats. As a result, the “right to die” quickly becomes the “duty to die.” Economic pressures only grease this already slippery slope.

All of which is why Christians everywhere should be thinking about medical ethics, joining hospital ethics boards, running for office, and becoming health care workers. And every Christian should embrace our God-given and culturally-escalated task, in this crisis and beyond, of bearing witness to certain eternal truths: that every human being has inherent dignity and value, and no one should ever be sacrificed on the altar of “efficiency.”

A fall coronavirus disaster is already here. We can’t wait until Inauguration Day to act.

Deciding Who Gets Treated and Who Doesn’t

The Next, Terrible Phase of This Crisis

Assisted Suicide and Manipulating the Vulnerable