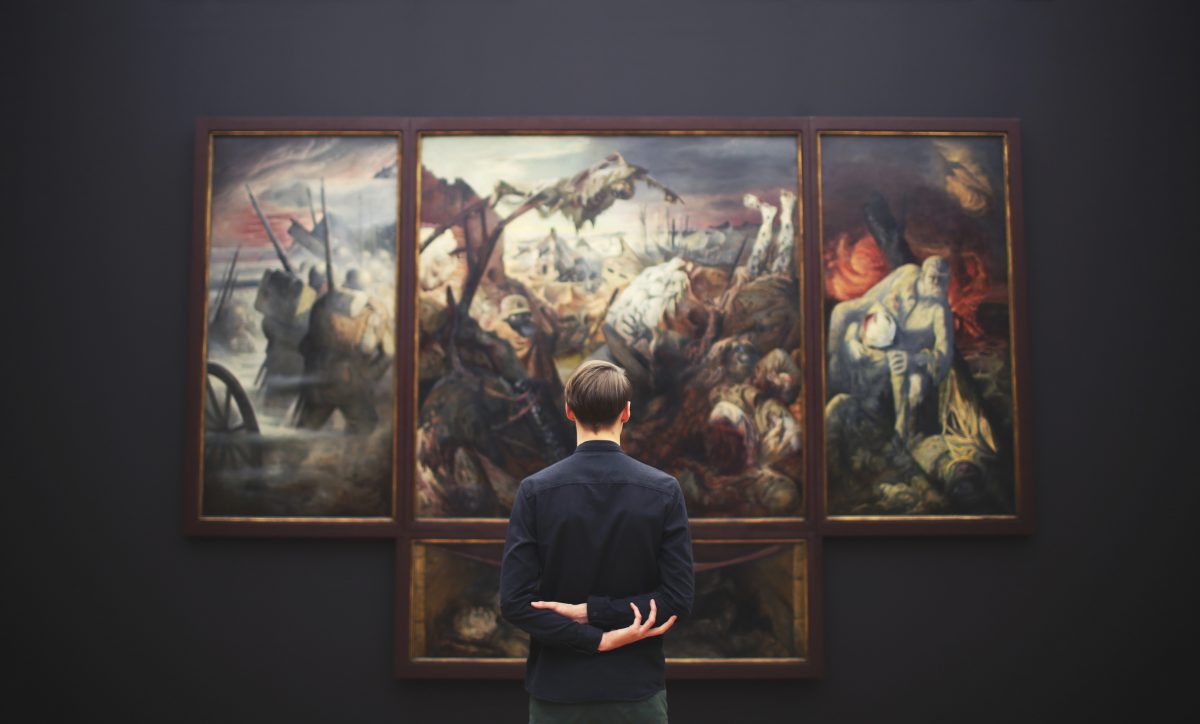 You compared people who believe in conspiracies to the gnostics, and I feel like this is an incredibly poor comparison. The gnostics believed Yahweh was a wicked simpleton demiurge, and the most devout gnostic disciples ate a very narrow diet of specific foods in order to ‘spiritually enrich’ the earth with their excrement…maybe I’m daft but I fail to see the connection?

The human heart is wicked beyond understanding, and to those elites who have more access to resources they are able to act that out on a larger scale. I’d say you’re actually underestimating the wickedness of humanity.

Please brothers, I ask that you don’t shame people for challenging or questioning the narrative that we are being fed. This isn’t some ungodly self-righteous thought process. It’s called critical thinking and it’s a necessary process to survive in this world. I was really disappointed to hear you speak so ill about those of us who have come to a different conclusion.

Those are some good points. I appreciate your concern that we should not deride or mock others. A partial answer is that we do indeed oppose conspiracy theories, and, while we seek to be respectful and take pains to avoid demeaning language, criticism necessarily involves telling others that they are wrong. No one enjoys that. We don’t speak against their ideas because they differ from ours but because we believe their contentions are problematic and, more to the point, they differ from what we know of the world from God’s Word.

Some of your specific concerns can be answered quite plainly, but others will require perhaps more time and space than we can fully address here. I will give it a try, however.

As to the use of the term “gnostic,” there are two senses of the term. First, when it is being used in a historical sense, yes, it then means a specific belief system that troubled the Early Church. Drawn from various religious practices in the Mediterranean basin and the general worldview of the day, Gnosticism was a great temptation for Christians and is probably, but not certainly, the object of rebuke for several of the New Testament epistles.

One of the key elements of Gnosticism was that salvation and sanctification came through the acquisition of secret knowledge, or, gnosis. In place of the open revelation of God’s will and Word found in the Scriptures and held by all Christians in all places, truth could only be known by a select few who were “in the know” and received this knowledge outside the public proclamation of the truth. This concept ran counter to the practice and teachings of Christianity and so was strongly condemned.

However, “gnostic” is also used in contemporary discussions to refer to ideas or practices that degrade the significance of the physical world. There’s not a one-to-one connection between the older sense of Gnostic and this newer one, but this broader sense is a common element in Western and Eastern thought. In this way of thinking, “true” nature is not found in the goodness of God’s creation but in a higher “spiritual” reality.

In this sense, much of the LGBT movement is gnostic in that it prizes a nonmaterial “true” gender over the real gender as seen in our biology. Christians, too, struggle with this in their own way, misapplying Paul’s warnings against “the flesh” with a rejection of physicality.

That’s the “easy” bit. The not-so-easy part relates to conspiracy theories themselves. When we apply “gnostic” to these, it’s not the demiurge and aeons or other such things but the sense that the truth is somehow hidden and that this secret knowledge must be sought from those “in the know.” As with the ancient Gnosticism, with conspiracy theories, there is often a disdain at work between those who adhere to this secret knowledge and those still in the dark. How often are those who don’t follow conspiracy thinking labeled “sheeple”? How many times are critics derided as being part of the “deep state”?

There is a further error with conspiracy thinking. I would contend that rather than underestimating the reach of sin by rejecting conspiracies, we’re addressing the issue more correctly than conspiracists. When we critique them, we’re not denying that there is sin in the world or that all sorts of people strive to hide and propagate their sin. No, the world is filled with sin and particularly (but not exclusively) the rich and powerful will take steps to ensure they can continue their flawed ways.

The problem, then, is not that conspiracy theories posit a too prominent a role for the power of sin, but too low. Instead of seeing sin as a ubiquitous element of human existence, conspiracy theories look at sin, and the host of oppressions and institutional corruptions, primarily in terms of the product of an elite few, a group of “them” which can be clearly distinguished from “us.” Not only is this not true but it gives a false impression that if we are not part of “them,” then we need have no fear of being part of their sins.

Each of these, the secret knowledge and the otherness to corruption, is a fundamental failing within the inner logic of conspiracy theories.

There’s more going on here than the rise of latter-day “Lone Gunmen” from The X-Files, and this bigger story points to why we think it’s important to talk about these things. The emphases on secret knowledge and shadowy plots are a common theme with both conspiracy theories and, rather ironically, critical theories. The same can be said for the focus in each on the predations of the few “them” over against the relative innocence of “us.”

Both QAnon and CT theorists encourage to their adherents to “wake up” to reality and to expose “them,” the structural and institutional powers-that-be who will stop at nothing to preserve their privilege. Each likewise dismisses any and all criticism as being either culpably ignorant or willfully complicit in the oppressive regime that haunts society. Since each relies on the knowledge obtained by the enlightened, no outside critique can ever hold any merit.

This common theme among antagonistic groups points to something deeper in our culture, a shared understanding that suggests a more general problem. Our contemporary gnostics, whether right-wing or left, offer us a sure knowledge in an age of epistemological chaos. There is in our day a longing for certainty, both moral and intellectual, in the face of the loss of any certainty in life.

When we see the cultural authorities claim that there is no true truth and all morality is relative, something inside us rightly rebels against it. We know there is truth and we know some things are just wrong, and, what’s more, too often the Church of late has failed to proclaim the reality of either.

We cannot let this past and present failing of the Church lead us into a failing in another direction. The powers of this world will indeed continue to “conspire and the people plot in vain,” (Psalm 2) but we don’t need to go looking in the shadows or behind masks for the bad apples among us. They’re right there in the mirror. We are “them.”