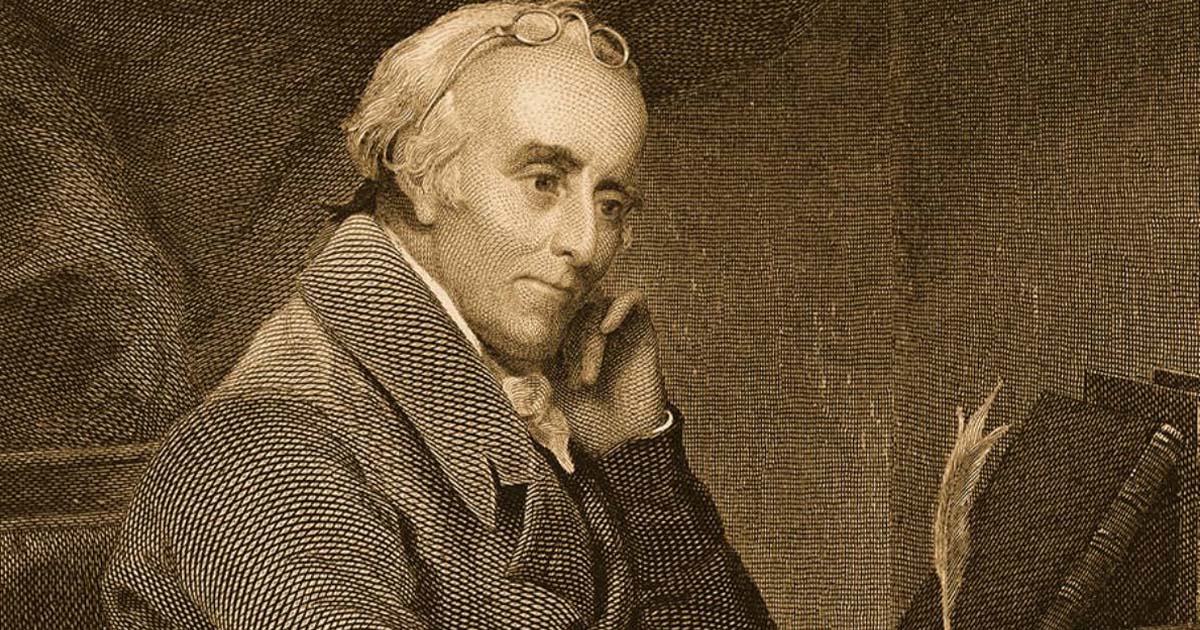 Today, historically horrific diseases like polio and leprosy have been all but eradicated. Most people consider past moral failures, such as slavery, despicable. Famines are increasingly few and far between, and abject poverty around the world has been dramatically reduced.

Among the reasons that our “normal” is so different from much of history is the work of Christians who saw their lives as a means by which God could accomplish restoration. In living out a Christian worldview within their own time and place, they laid foundations for this current world, which is better in so many ways.

Dr. Benjamin Rush is a prime example of someone who had this sense of vocation. Rush was born one of seven children in 1746 just outside of Philadelphia. He studied at the College of New Jersey (now Princeton University), completing his degree in 1760 at age 15.

He received his medical degree in Britain, and then practiced medicine there before returning to the colonies in 1769. At the age of 24, he opened a medical practice in Philadelphia. He was also a chemistry professor, writing the first chemistry textbook published in America. He also wrote treatises on medical education.

A significant area of study for Rush was the treatment of mental illness. He argued that people with mental illness shouldn’t be treated as criminals but brought into normal hospital settings. He also believed that giving them productive work could aid in their recovery. These ideas proved to be successful strategies in treating many of his patients.

Rush was also active in social reform. He was a founding member of what was known as Philadelphia Society for Alleviating the Miseries of Public Prisons (the Pennsylvania Prison Society today), and an ardent abolitionist, joining abolitionist societies and writing pamphlets against the institution of slavery. He specifically argued, on scientific grounds, that blacks were in no way inferior to whites.

All of the activities on Rush’s very impressive resume were informed by his faith. His stands on mental health, prisons, and slavery came from his understanding that each person is made in the image of God and is, therefore, worthy of dignity and respect. His observations on the importance of work for human well-being reflected ideas contained within the biblical worldview.

His stand on abolition had been the historical position of the Church and, in his day, was being advanced by evangelicals (among others) in Britain and America. His concern for the well-being of the black population led him to act as an advisor to Richard Allen in the founding of the African Methodist Episcopal Church. He even lent both the church and Rev. Allen his public support.

His faith grounded his political beliefs as well. Rush’s focus on inalienable rights can be traced through John Locke to medieval scholastic theologians. He wrote numerous patriotic essays. Thomas Paine even consulted with Rush as he wrote Common Sense. Not only was Rush appointed to the Continental Congress, he was a signatory of the Declaration of Independence.

Rush also championed education on all levels. Along with his work in higher education, he is considered the father of American public education, and he was a major supporter of the American Sunday School Union. Rush believed Christianity to be essential for the proper functioning of society and, therefore, integral at the heart of education.

“Without religion,” Rush said, “I believe that learning does real mischief to the morals and principles of mankind.” This argument is key to Rush’s views of the Bible and education. Rush believed education was vitally important to produce a virtuous society, but it needed to be grounded. Though he considered any religion better than none, he specifically advocated for the superiority of Christianity and the importance of the Bible. For Rush, teaching the Bible was not just about personal salvation, but also about personal and societal well-being.

Stories from history, like that of Benjamin Rush, demonstrate what it means to live as if the Christian worldview is, indeed, true. Thus, aligning with it is good, not only in the hereafter but for individuals and societies here and now. In other words, as Dietrich Bonhoeffer would say much later, Christianity is not an otherworldly religion. It describes the world as it actually is, which allows us to be part of God’s work, not just by preparing for Heaven, but in repairing what is wrong in His World.