BP This Week: A New Era at the Supreme Court
Join us in helping to equip and renew the Church with a Christian worldview by giving before our fiscal-year ends!
Skip to content 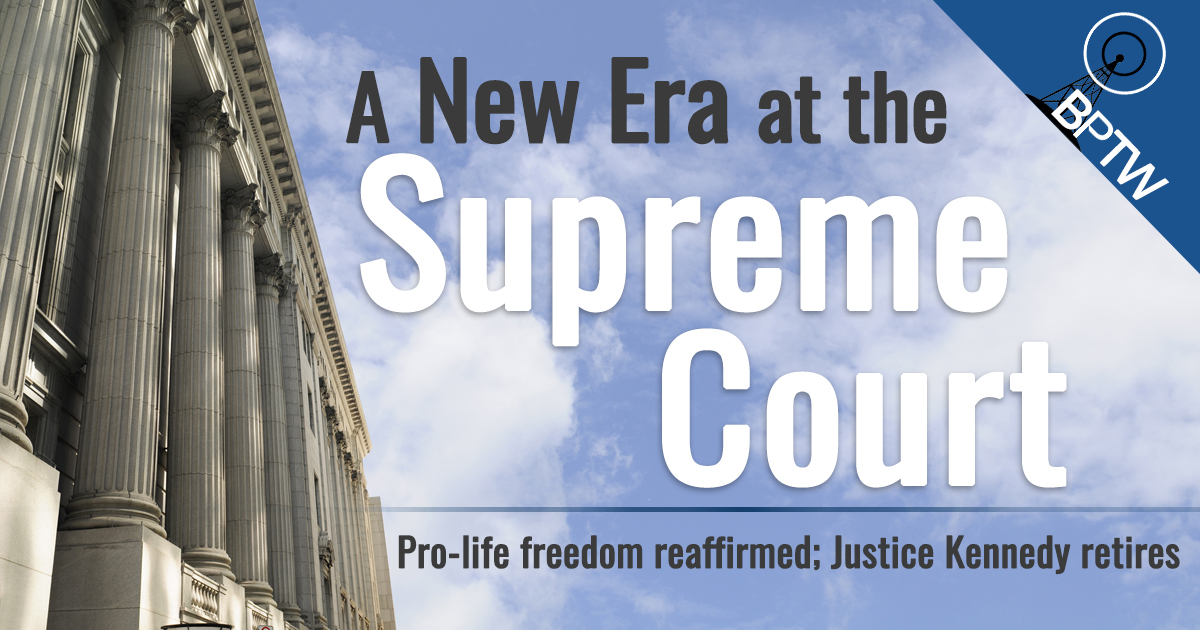 
BP This Week: A New Era at the Supreme Court

John Stonestreet and Ed Stetzer review a whirlwind week at the U.S. Supreme Court, where fresh on the heels of the Masterpiece Cake Shop win for Jack Philips, the justices strike down a California law that required pro-life pregnancy care centers to advertise abortion. If all of this wasn't big enough news, Justice Anthony Kennedy--the court's longtime "swing vote" who sided with conservatives sometimes and liberals other times, has announced his retirement. This means President Trump will get to nominate a second justice before his second year in office is finished, potentially shifting the ideological balance of the court to the right for a generation.