“Fairness for All”—a Dangerous Compromise - BreakPoint
Join us in helping to equip and renew the Church with a Christian worldview by giving before our fiscal-year ends!
Skip to content 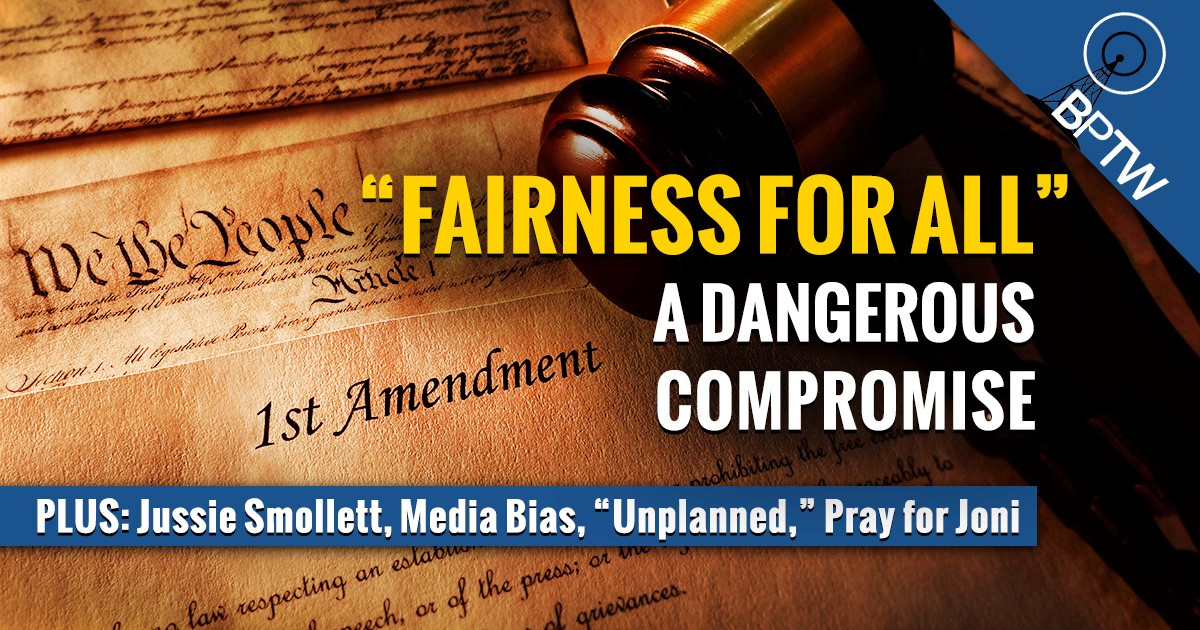 John Stonestreet and Warren Cole Smith discuss certain Christian associations embracing the “Fairness for All” compromise, in which in return for backing the granting of protected status to sexual orientation and gender identity, religious organizations would receive religious freedom exemptions. But as John and Warren point out, any such “compromise” would leave individual Christians (such as Barronnelle Stutzman and Jack Phillips) out in the cold. As Warren pointed out, the National Religious Broadcasters have rightly rejected the “Fairness for All” compromise.

John and Warren also discuss the bizarre case of Jussie Smollett, who was inexplicably given a free pass by the state prosecutor; they urge listeners to go see “Unplanned,” the movie about former Planned Parenthood clinic director Abby Johnson; and they ask people to pray for Joni Eareckson Tada, as she once again battles cancer.