The Dems' Race to the Left - Breakpoint
Give today to learn what it means to be a thoughtful Christian!
Skip to content 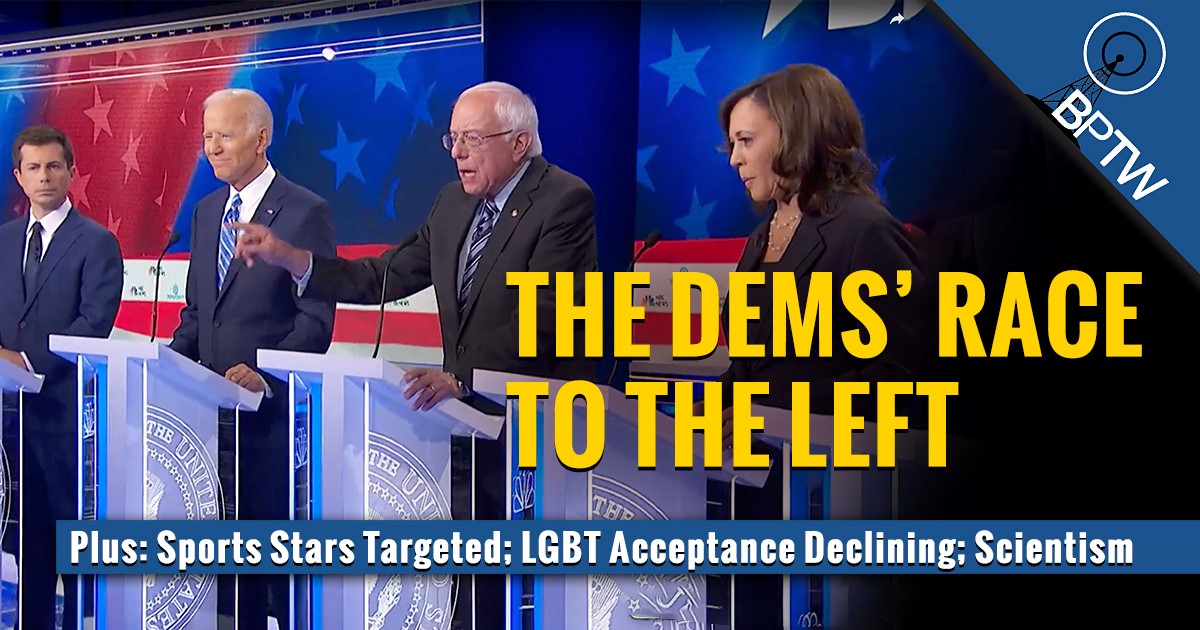 
The Dems’ Race to the Left

John Stonestreet and Warren Smith discuss the two Democratic debates and just how far left these presidential candidates are willing to go.

Also on today’s episode: U. S. women’s soccer star Jaelene Hinkle left off the World Cup squad because of her outspoken Christian beliefs; Aussie rugby star Israel Folau banned from rugby for telling homosexuals to repent; why are young people (known for their tolerance) less accepting of the LGBT lifestyle than they were just a few years ago? And finally, John and Warren discuss great resources for you to understand and refute the very unscientific ideology of Scientism.