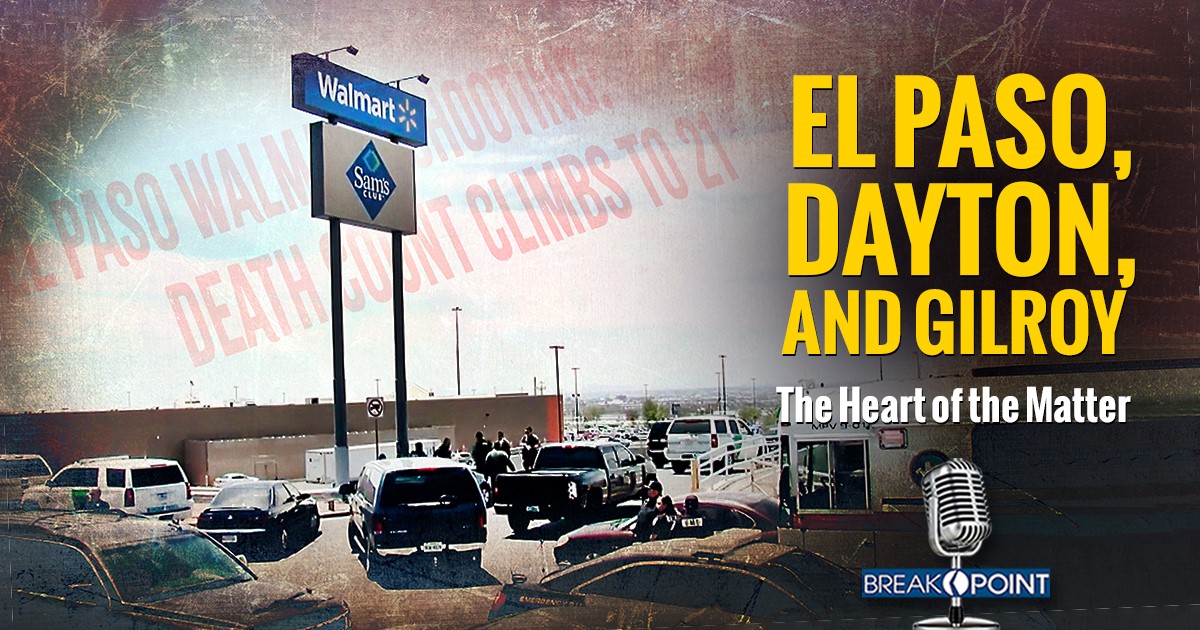 “If only there were evil people somewhere insidiously committing evil deeds,” Aleksandr Solzhenitsyn wrote, “and it were necessary only to separate them from the rest of us and destroy them.”

Of course, there are evil people. We know that far too well, especially after this past weekend. In fact, that there are evil people out there is the one thing, maybe the only thing, everyone still agrees on. We disagree on who the people are: The evil shooter. The evil racist president. The evil progressives who want to take our guns. So we go on and on, identifying who the evil people are—always them—and we go on and on missing the real problem right in front of our face.

Solzhenitsyn’s point wasn’t, as some argue, that people aren’t really evil. Far from it. His point was that to assume evil exists only in them (whoever our “them” is) and not in us, is just plain wrong. Rather, as he continued: “… the line dividing good and evil cuts through the heart of every human being.”

The finger pointing that immediately followed the mass shootings in Gilroy, El Paso, and Dayton started before any facts were known, and came even quicker than usual. (Let’s pause there … “than usual.” What a tragic way to talk about mass murders.) The finger pointers had already decided who the bad guys were, and many of us joined in on the chorus. So, we tweeted and reported and assumed the evil ones belonged to the other side while hoping they did not belong to ours. If it’s discovered the evildoer does belong to us, we know how to twist and contort and accuse in order to explain any connection away. But, if he belongs to them, we also know how to leverage the tragedy to indict the entire lot.

I say this as a 2nd Amendment guy. I fully agree that “guns don’t kill people, people kill people.” Read the online manifestos of these young men and tell me that they wouldn’t eventually find some other way to carry out their violent fantasies. Even if gun control were the answer, how would we ever go about implementing it? Does anyone really think someone so radicalized to that degree of hatred would trade in their weapons for a gift card?

At the same time, the idea that “the best way to stop bad guys with guns is with good guys with guns” needs to be reconsidered. At face value, I fully agree. What I fear, however, is that those who repeat this idea are working off of old math. When bad guys are willing to target innocents, even children, at schools, movie theaters, churches, festivals, and Wal-Marts … what then? In Dayton, the good guys showed up in one minute, one minute, and the bad guy still killed nine people. Facing that sort of evil, how many good guys with guns will we need to protect us? Where exactly will we need them? Everywhere? That’s called a “police state,” and it’s the inevitable end of any society that sinks so deeply into moral chaos.

If that is our fate, make no mistake, we’ll have brought it on ourselves. And by “we,” I mean us and them. As the progressive left finds new ways to deconstruct the family, reconstruct morality, and scandalize the innocence of children at every level and in every area of culture while demonizing their evil other by state force and financial leveraging, the libertarian right demands unfettered license to say whatever and think whatever and post whatever on 8chan while demonizing its own evil other as the cause for all so-called ills.  All this while the church faces scandal after scandal of its own making.

Yet, we wonder how lonely young men without meaning or moral formation or fathers, who have no way to fulfill their pornographic-fueled fantasies, but have access to plenty of self-medication options, could be driven to white-supremacist or progressive extremism.  We need to ask what it is about our culture that’s producing these young men bent on killing and chaos. And we need to ask: Where is the church?

Do we really think we are immune to the historically repetitive realities that have marked every crumbling civilization since the dawn of time? Do we really think we can keep our freedom in a society not only without virtue, but without any of the “little platoons” that form virtue?

Can freedom be sustained where virtue is not flourishing? Chuck Colson asked this every time he spoke the last few years of his life. The answer to Chuck’s question is still, of course, no.

As Chuck said, it’s either the conscience or the constable. Unless we are willing to look at us, to as Solzhenitsyn said, “destroy a piece of our own heart,” our future is increasingly obvious.

Only Christ can restore this mess. We must be about His work of restoration.