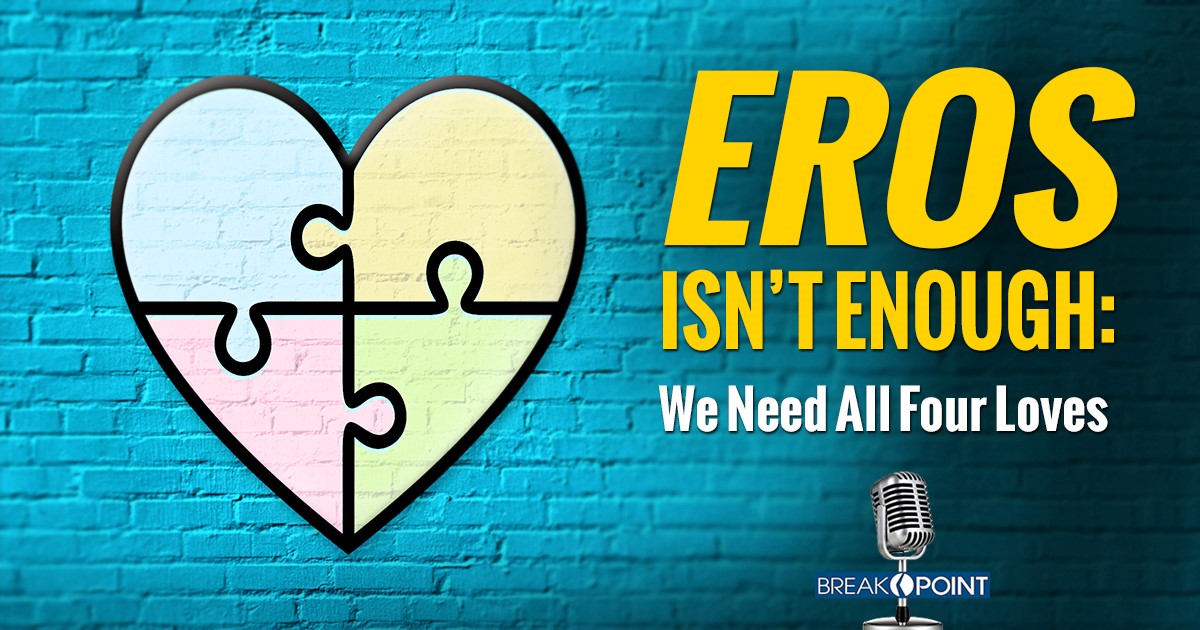 In a recent opinion piece at Business Insider, Shana Lebowitz proclaimed, “Divorce isn’t a failure…In fact, it could mean your marriage was a success!” According to the relationship experts cited by Lebowitz, the goal of marriage isn’t that two people become one flesh, or create a family, or even share lifelong love. No, the purpose of marriage, these so-called experts claim, is that we grow as individuals. Even marriages that end in divorce can accomplish that goal!

If the goal of marriage is looking out for number one rather than two becoming one, then it makes sense that calling it quits could be a success story. But, I doubt that the abandoned spouses and children of even the self-improved would agree with that new way of thinking. This sort of sad nonsense can only be written in a culture where marriage has been redefined and reimagined around an already redefined and reimagined idea of love.

Ideas have consequences, and bad ideas have victims. Individual lives and entire cultures are devastated whenever love is reduced to something less than God intended, much less when it is redefined as selfishness. The love, or more accurately, the loves God created for us are way bigger than most of us understand.

Back in 2013 when Sean McDowell and I wrote our book on so-called “same-sex marriage,” I asked a friend to write the epilogue about what he, as an individual who struggled with same-sex attraction, needed from the church. “Don’t move the goalposts,” he wrote, and pretend the Scriptures aren’t clear on this issue. But, he added, if we are going to ask gays and lesbians to forgo sexual intimacy (which we should), we must not withhold friendship and family from them.

Behind his remarks is C. S. Lewis’ life-changing book, “The Four Loves”—a book I think is more relevant now than ever. In it, Lewis identifies four types of love: affection (or the Greek word, storge), friendship or brotherly love (Greek, phileo), sexual love (or eros), and sacrificial love (agape, what older Bible translations call “charity”).

Of course, Christians believe that marriage is the only rightful place for eros, but Lewis also makes it clear that affection, friendship and especially sacrificial love—the kind Paul talks about in 1 Corinthians 13—should define all of our relationships, including and especially marriage.

This  is why pornography is so devastating. Beneath this cultural epidemic is a terrible mis-definition of eros, which not only twists inward the good God-given eros that can define marital relationships, but it corrupts all other loves as well.

Pornography not only corrupts and twists eros, but also phileo and storge as well. When the relationship between men and women becomes as hyper-sexualized as it is in our culture, men and women can’t be friends or show normal signs of simple affection and caring. Today, even the relationships between men and men, and women and women have been hypersexualized, which places a queer question mark over normal, healthy same-sex friendships that should be based on phileo and storge.

Re-orienting sexual love so that it serves both phileo and storge, and is sanctified by agape as Scripture teaches, isn’t just a recipe for a joyful and long-lasting marriage. It’s a recipe for healthy communities, families and friendships. Not to mention, it aims for things so much higher than “personal growth.”

Every relationship we have calls us outside of ourselves and invites us to show forth the image of the God who not only chose love for His own name, but put so much of it in His world that one Greek word simply wouldn’t do.