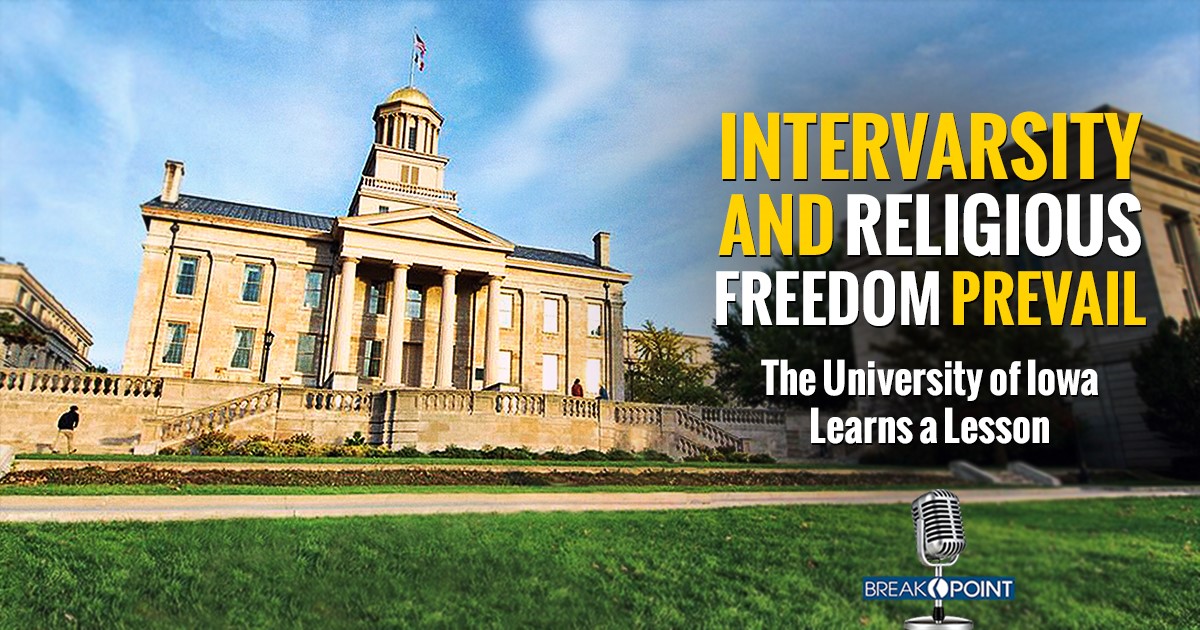 Back in February, federal judge Stephanie M. Rose ruled that the University of Iowa could not strip recognition from Business Leaders in Christ for requiring leaders to follow traditional Christian teaching on sexual morality.

Rose, an appointee of President Obama, didn’t find a problem with the university’s “Human Rights Policy,” which the university claimed the Christian group violated. But she did think it a problem that the university applied the policy inconsistently, in a way that violated students’ free-speech rights.

I’m not sure what the university expected, but in the last seven months Judge Rose had not changed her opinion about what the Constitution requires.

In fact, this time she let them have it. Since the February ruling, she wrote in her opinion, university officials “proceeded to broaden enforcement of the Human Rights Policy in the name of uniformity applying extra scrutiny to religious groups in the process — while at the same time continuing to allow some groups to operate in violation of the policy and formalizing an exemption for fraternities and sororities. The court does not know how a reasonable person could have concluded this was acceptable.”

Back in her February ruling, Rose pointed out how “the Chinese Students and Scholars Association limits membership to Chinese students, and the Iowa Hawkapellas, an a capella group, only accepts women.” Yet neither of these groups were de-recognized for violating the Human Rights Policy.

Nor were fraternities and sororities or LGBTQ student groups required to open their leadership policies. Just about the only groups the policy applied to, according to university officials, were Christian groups that uphold traditional Christian teaching about sexuality.

Rose made her opinion about that quite clear: “The Constitution does not tolerate the way defendants chose to enforce the human rights policy.”  She correctly identified the double standard clearly at work, which can be summed up as “some freedom of speech and association is freer than others.”

Frustrated with their stubbornness and determined to not have them re-visit her court for the same reason, Rose decided to hit officials where it really hurts: their wallets.

Becket’s Daniel Blomberg, who represented InterVarsity, said it was “too bad it took twice for the university to learn its lesson.” He added that “University officials nationwide should now take note that religious discrimination will hit them in the pocketbook.”

Even if InterVarsity never collects a nickel from these hostile university officials, the ruling is still a big win for religious freedom on college campuses. And it’s another chapter in what’s becoming quite a long story of why believers ought to actively defend their religious freedom. InterVarsity’s win is a win for every campus group in America.

This month the Colson Center is offering an outstanding new book by Becket attorney Luke Goodrich entitled, “Free to Believe.” It lays out exactly what we all can say and do to make sure our religious freedoms have a future. Come to BreakPoint.org/book to get your copy of “Free to Believe.”