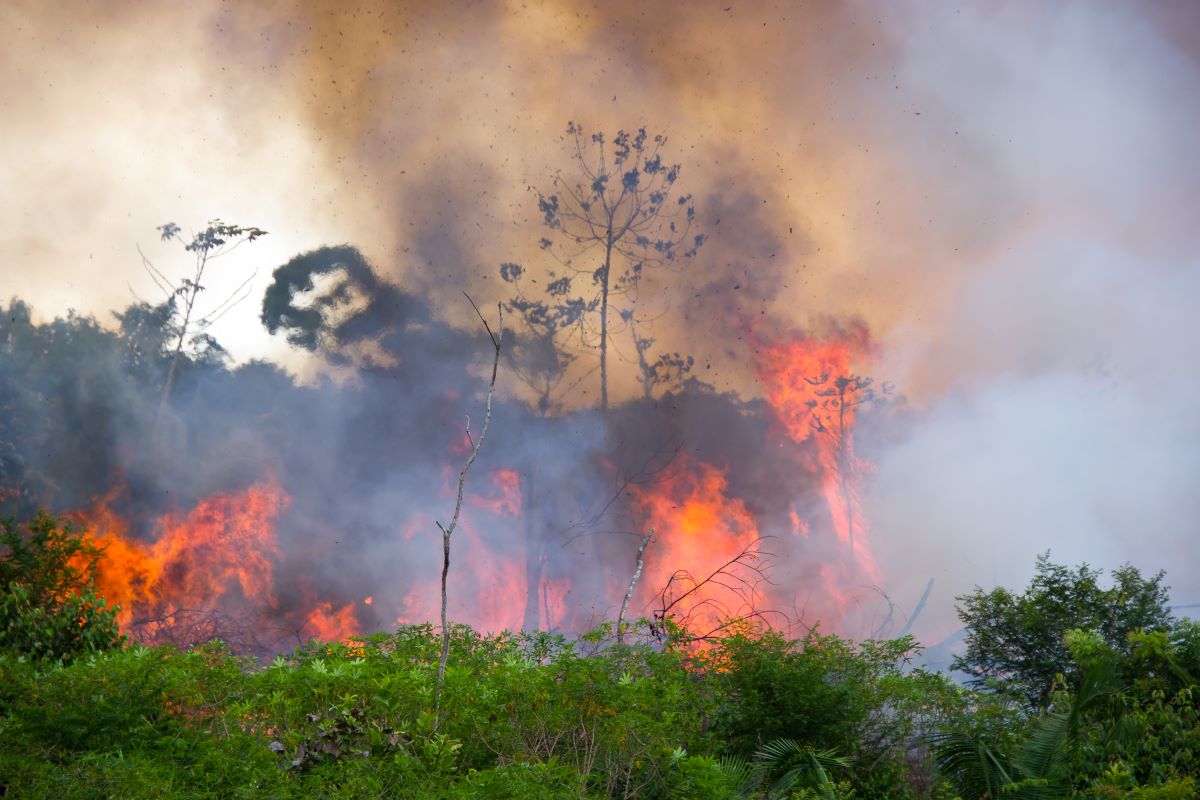 
The Crime of “Ecocide”

With the modern environmental movement, which emerged in the late 1960s and early 1970s, came a new term: ecocide. It means the deliberate destruction of the natural environment.

It’s not clear who coined the phrase, but it was then-Swedish Prime Minister Olof Palme who first called for it to be declared a crime in 1972. Palme’s call came barely two decades after the international Convention on the Prevention and Punishment of the Crime of Genocide went into effect, and at a time when many nations, including the United States, had yet to ratify the Convention on Genocide.

And yet, here was a head of state demanding that trees, rivers, and other inanimate objects be given the same legal protections that the civilized world had not yet fully extended to human beings.

Sadly, that past is just a prologue. Last month, a group called “Stop Ecocide” began to lay the legal groundwork for prosecuting Brazilian president Jair Bolsonaro on charges of ecocide.

The recent fires in the Amazon rainforest, the group argued, made Bolsonaro “a poster boy for the need for a crime of ecocide.” The effort is supported by the Hague’s top prosecutor who wants to prioritize cases involving the “destruction of the environment, the illegal exploitation of natural resources or the illegal dispossession of land.”

While there’s no current legal basis for such a prosecution, it’s not as much of a stretch as you’d think. Several countries have already recognized the idea of “environmental personhood,” under which rivers and other parts of nature have been given legal rights that can be enforced in a court of law. One recent example is the Whanganui River in New Zealand, which, in 2017, was granted the same legal rights as a human being.

Actually, the Whanganui has more legal rights than some human beings in New Zealand. The unborn there can currently be destroyed in cases of hardship to the mother, and new proposed legislation would effectively legalize abortion right up until the moment of birth with no legal consequences. So, unlike the Whanganui and other rivers, the unborn there would not be entitled to legal representation or a day in court. The appropriate word for this would be “feticide,” but when was the last time you heard anyone who wasn’t pro-life use it?

The very idea of “ecocide” represents an enormous shift in our thinking about the relationship between humans and creation. Rather than embracing our role as “stewards” or “conservators” of the natural order, humans are most often today seen as nature’s adversary. To badly paraphrase John the Baptist, we’ll just have to decrease so nature can increase.

After all, we are often told that the best thing for the environment is fewer people. Some environmentalists will even talk about “culling the human herd.” Of course, the more squeamish wouldn’t go quite that far, but most would agree that humans are nature’s biggest problem.

So, it shouldn’t surprise us when this new exaltation of nature and diminishment of man shows up in our language, like with the word “ecocide.” “Cide” comes from the Latin word meaning killer or slayer. Until now, it only applied to the killing of people: homicide, fratricide, and, more recently, genocide. It’s never really been used to describe the death of an animal or an inanimate object, until now.

Of course, some Christians have wrongly interpreted Genesis 1 to mean they can do anything to nature, but that’s not what the Bible means by “dominion.” God’s image bearers are to steward the creation in a way that protects it and promotes human flourishing. Our dominion over nature reflects God’s dominion over us.

But that’s only possible if we begin with an exalted view of man. Of all the created order, only humans are even aware of how their actions impact the rest of creation. And only humans can tend to creation and undo any damage done.

But reducing humanity’s place in the world will just take away the only reason we have to even try.