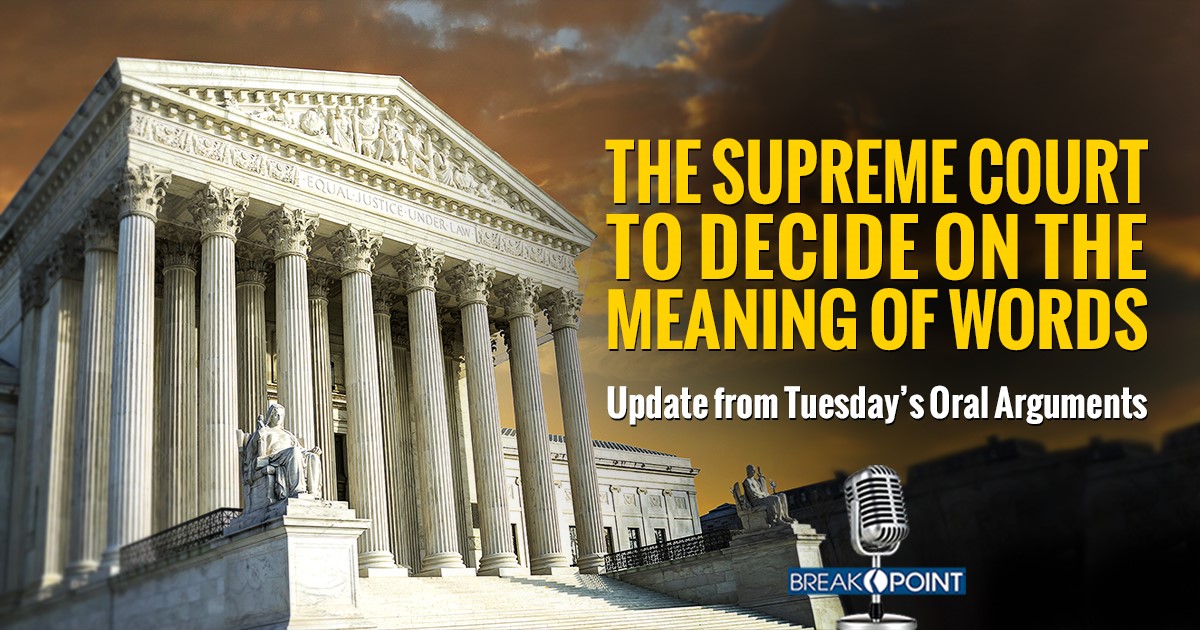 
The Supreme Court to Decide on the Meaning of Words

At the heart of a pending Supreme Court decision, one of the most significant since Obergefell v. Hodges, is whether or not the 1964 Civil Rights Act prohibits discrimination in employment based on sexual orientation and gender identity.

On Tuesday, the Supremes heard oral arguments in two cases where plaintiffs claim they were fired because they were gay, and in a third case involving the termination of a biological man who identifies as a woman. They believe, and their attorneys argued, that Title VII of the Civil Rights Act, which prohibits discrimination based on sex, should protect them as well.

Neither of these facts were disputed on Tuesday. In fact, the first question asked—by Ruth Bader Ginsburg no less—was how the plaintiffs “would answer the argument that back in 1964, this could not have been in Congress’s mind because in many states male same-sex relations was a criminal offense; the American Psychiatric Association labeled homosexuality mental illness?”

The plaintiff’s answer was pretty straightforward. The Supreme Court back 1989 ruled that Title VII prohibited discrimination “against a woman who cursed like a sailor, walked like a man, and didn’t wear makeup.” In other words, treating someone differently because they don’t conform to gender stereotypes is discrimination based on sex and violates Title VII.

And, according to the Seventh Circuit Court of Appeals, same-sex attraction and transgenderism are “the ultimate case of failure to conform” to gender stereotypes.

Justice Elena Kagan proposed that the test should be whether a person would have been treated differently if they were a different sex. For example, a woman fired because she dates women would not be fired if she was a man who dates women.

Like Kagan, conservative Justice Neil Gorsuch asked whether a meaningful distinction could be made between sex and sexual orientation. “In what linguistic formulation,” he asked, “would one say that sex, biological gender, has nothing to do with what happened in this case?” What’s not clear is whether this question was from a position of skepticism, or was an attempt to allow the defense to make the key point that needs to be made.

Another source of mild concern for me was the ease with which the Court adopted the linguistic conventions of transgenderism. Justices were careful to say “they” instead of “he” or “she.” That may be an overreaction to what was said, but language matters, especially when it comes to how ideas are embedded in the culture.

Though ADF attorney John Bursch was terrific, as expected, I’d be lying if I denied that my “spidey-sense” is tingling on this one.

If the Supreme Court decides that the meaning of the word “sex” in the Civil Rights Acts should be expanded to include sexual orientation and gender identity, denying biological reality and embracing the linguistic rethinking so popular today, it’s a big deal. Not only will the pressure on Christian institutions, hospitals, non-profits, schools, and colleges increase exponentially, there will be social upheaval indeed.

Predicting Supreme Court decisions is about as accurate as predicting Colorado weather. So, what should our response to this be? First (and I’m saying this first and foremost to myself), let’s take a deep breath and pray. And let’s keep praying: early, late, and often.  Second, every one of us needs to learn to make the case for the biological basis of sex, and why men and women are both unique and necessary for the culture to function well.