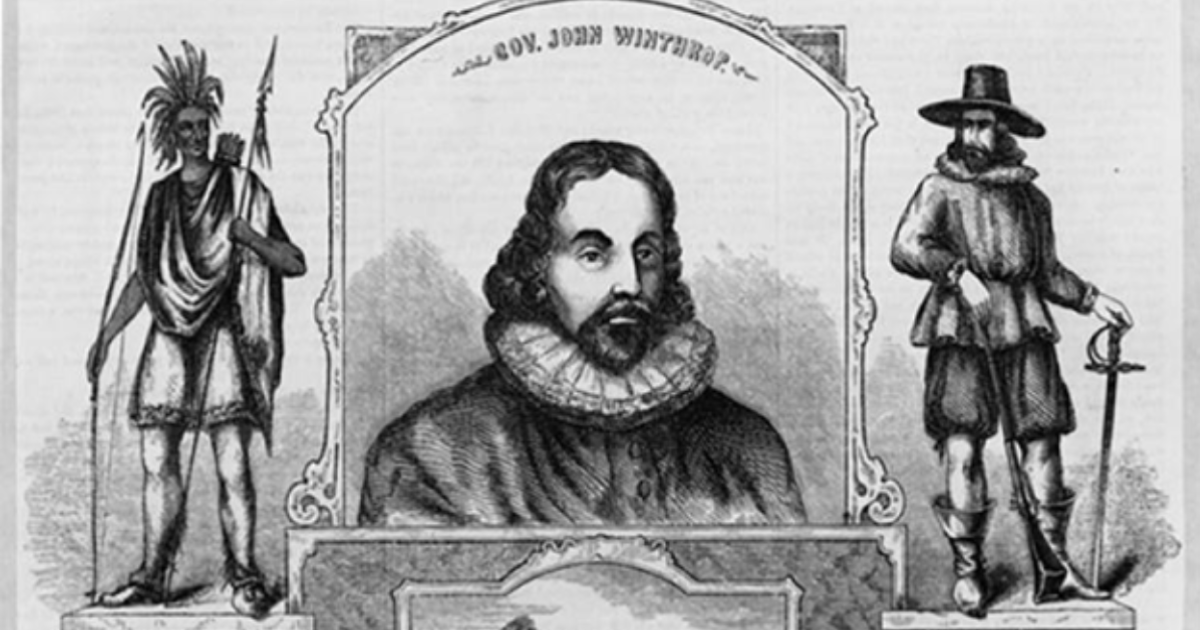 
What It Means to be “A City Upon a Hill”

What many think Winthrop meant by “a city upon a hill” is, well, wrong.

The year was 1630. The location was the ship Arbella, which, like the Mayflower ten years earlier, was headed to what’s now Massachusetts. Like the Pilgrims before them, the Arbella’s passengers were devout Christians who came to the New World seeking to practice their faith as they believed God commanded.

Just prior to the Arbella’s voyage, the group’s leader, John Winthrop, delivered one of the great speeches in America’s history: a sermon entitled “A Model of Christian Charity.” The sermon is best-known for Winthrop’s use of the biblical phrase “a city upon a hill.” For nearly four centuries, that one phrase has shaped our American sense of purpose and our sense of what is often called “American exceptionalism.”

Yet, what many think Winthrop meant by “a city upon a hill” is, well, wrong.

In the sermon, Winthrop warned his fellow Puritans what was at stake in their attempt to create “a new godly community.” “For we must consider,” he said, “that we shall be as a city upon a hill. The eyes of all people are upon us. So that if we shall deal falsely with our God in this work we have undertaken, and so cause Him to withdraw His present help from us, we shall be made a story and a by-word through the world.” As historian Andrew Delbanco put it, Winthrop used the phrase not out of a desire for this new experiment to bring fame and emulation, but out of “a fear of notoriety.” Winthrop’s concerns about not failing God have been lost over time. His message, which was intended for a group of devout Christians, has been “‘plucked out of Winthrop’s context’ by politicians and pundits . . . and re-imagined as something quite different—as a founding document for the nation itself.”

For example, President Reagan used the expression at least thirty times while in office, often adding the word “shining.” Then-Senator Barrack Obama used the expression to describe the world watching what he called “this improbable idea called America” to see if it would succeed. There are many other examples. What these all have in common is the substitution of the nation for the Church. Winthrop’s sermon was directed at a group of Christians who saw themselves as part of God’s Elect, and their mission as an act of stewardship.This stewardship included, as Winthrop put it, that “every man might have need of others, and from hence they might be all knit more nearly together in the bonds of brotherly affection.”

The exceptionalism Winthrop had in mind was “to follow the counsel of Micah, ‘to do justly, to love mercy, to walk humbly with our God.’” This meant not “[embracing] this present world and [prosecuting] our carnal intentions, [or] seeking great things for ourselves and our posterity.” Instead, Winthrop urged, “we must be knit together in this work as one man . . . we must delight in each other, make others’ conditions our own, rejoice together, mourn together, labor and suffer together.” Do this and others would see it. Fail to do it, and others would see it, too. Even more, if they failed, God would allow their name, as Moses told the Israelites, to become “a horror, a proverb, and a byword among all the peoples.”

Obviously, this is not the way “city upon a hill” or “American exceptionalism” is often understood today. Plucked out of their theological and historical context, Winthrop’s words are used for either premature self-celebrations of national greatness or misunderstood means to unfairly criticize the history of our nation. In context, it is an admonition to embrace responsibilities.

Here’s Winthrop’s remarkable sermon—share it or even read it aloud with your family. As we gather to give thanks today to God for all His blessings, let all of us who are God’s people re-commit ourselves to let our light shine before others, so that they may see our good works and give glory to our Father who is in heaven.

From all of us at the Colson Center, Happy Thanksgiving.

If you value the daily dose of sanity you get from BreakPoint, make your year-end gift here. Your gift will help us raise the $475,000 we need to start next year strong, and give more Christians the clarity, confidence, and courage they need to serve God in this cultural moment