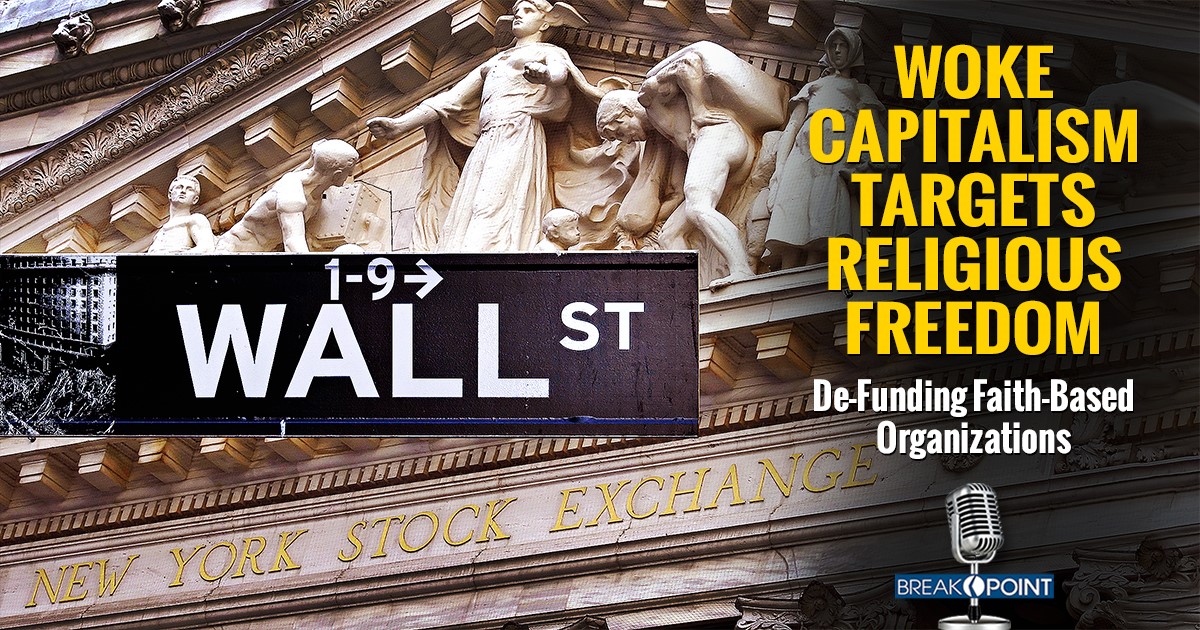 Usually, infringements on religious freedom come from the government: legislatures, regulatory agencies, or local agents of inquisition like the Colorado Civil Rights Commission. But emerging and serious threats to religious freedom are also coming from the private sector.

An obvious example is the workplace. I’ve talked for months now that Christians need a “theology of getting fired.” You might be great at your job (and you should be as a Christian), but you might also face pressure to affirm and support your employer’s political agenda, one that has little to do with the company’s business model or strategic goals. Many companies today face an incredible amount of pressure by outside advocacy groups, especially pro-LGBT organizations.

The influence of these groups, especially the Human Rights Campaign, is incredible, and they reach well beyond the workplace. Recently, I hosted a Colson Center webinar with Jeremy Tedesco of Alliance Defending Freedom to discuss the influence of these LGBT advocacy groups, including new attempts to restrict the ability of religious groups to raise money.

The main strategy comes by weaponizing so-called “hate group lists.” Once groups like ADF are designated as “hate groups” by the Southern Poverty Law Center, corporations are pressured to cut ties with any and all organizations that bear the scarlet “H.”

Consider the “Amazon Smile” program. When participants in the program make a purchase on Amazon, half-a-percent of the price of their purchase can be designated as a donation to the charity of their choice. Zero-point-five percent might not sound like much, but as of last fall, Amazon had donated more than $100 million to eligible charities through the Smile program.

In response to outside pressure, Amazon now excludes any organization designated as a “hate group” from the program. So, ADF, the Family Research Council, and others are barred from “Amazon Smile.”

That’s a relatively minor example. As Tedesco told us on the webinar, activists and their corporate allies have even more effective strategies to accomplish their goals.

For example, companies that process credit card payments are also pressured from doing business with anyone deemed a “hate group,” whether they are or not. Some of our close ministry friends have been refused services. If a ministry you love and support cannot find someone to process their credit card donations, that’s a huge blow.

A new strategy is to target “Donor Advised Funds.” These funds manage charitable donations on behalf of families, individuals, and organizations, carry along specific tax benefits, and are offered by most of the major wealth management organizations. Essentially, they allow a donation to be made now, with the tax deduction, but distributed later according to the wishes of the donor.

What many people who use donor advised funds fail to realize is that they actually surrender ownership of the assets they donate, and essentially become advisors as to how the funds will be used.

Now there is now a move afoot to persuade those who offer these funds to exclude “hate groups” from receiving donations. All it would take is a stroke of a pen, and the donor couldn’t designate his funds to the groups that he wants to give to anymore.  Thankfully, there are Christian based donor advised funds through groups whose Christian worldview lines up with people of orthodox faith. If you carry a donor advised fund with someone else, it may be time to consider transferring to these providers. Two of these providers, National Christian Foundation and Waterstone, joined Tedesco and me on the webinar. And you can listen to a recording of that webinar here.

Look, these challenges are a moving target and they are becoming more serious and more challenging by the day. I don’t know if you noticed, but there were a lot more rainbow flags flown by corporations during Pride Month this year. This new “woke capitalism” means that corporate America could be an even bigger threat to religious freedom than anything coming out of the halls of government.