Christianity IS a Religion - Breakpoint
Give today to learn what it means to be a thoughtful Christian!
Skip to content 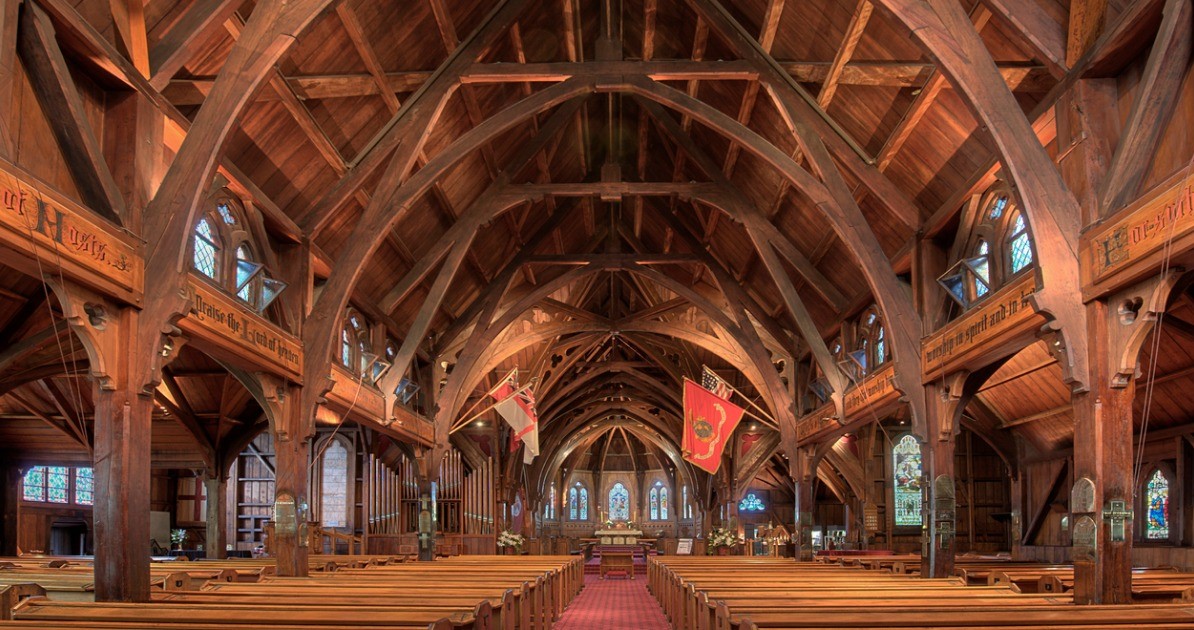 
Christianity IS a Religion

These days it’s not at all uncommon to hear people speak out against “religion.” I don’t mean atheists. Sure, they don’t like religion, but that’s kind of their whole thing. I mean people who believe in some kind of higher power and may even be emphatically orthodox, biblically centered Christians, yet they look askance at this one term.

This is a curious thing; religious people who don’t want to be religious. Whether it’s the “I’m spiritual but not religious” crowd, the “religion is about works; Christianity is about faith” contingent, or the “religion has bad connotations, so I’ll talk about relationship” advocates, a lot of folks today have rejected the idea of calling Christianity or themselves religious.

Now, some do this for silly reasons, but many have thought the matter through and can make a decent argument accordingly. The silly reasons are the sort you hear from the stereotypical boomer or millennial who likes being a “spiritual” person. Others are trying to make a rational point about how Christianity differs from its rivals, while others still are concerned to distinguish themselves from abusive impressions non-believers have about religion.

I’ve never quite followed this line of reasoning. I know it’s a popular way to speak of late, even by those whom I admire, but, at best, it’s a well-intentioned but misguided way of thinking that saps the church of needed vitality. At worst, it’s a way to keep the benefits of being religious without all the hassle of having anyone tell you what you can and can’t do.

The “spiritual but not religious” crowd are the least Christian, but they are the ones who most typify our age. For several decades the dominant line coming out of Western intellectuals was a kind of reductionist materialism. Matter was all that is and ever would be. Despite the assurances of Carl Sagan, this philosophy left a great many feeling cold, empty, even cheated, as if a child found out that the love and affection from her mother were nothing more than an illusion.

In place of this false “truth,” many today have chosen to create their own fiction. And that is what it is. A fantasy, a story that lets us keep the autonomy of atheism while preserving the sentiment of faith. We’re uncomfortable with the thought of a truly godless cosmos, but we’re not too keen on the way a God distinct from our projections might damage our calm or upset our preferences. He might even have ideas about morality that impinge upon our personal or cultural desires.

This is largely a non-Christian phenomenon, something done by those who don’t want a mechanistic universe but also don’t mind picking and choosing from the “food court” of faith. But an undercurrent of this thinking runs in many Christian circles, too. When we say that unity is more important than doctrine, when we declare that loving people is more important than morality, or when we baptize non-biblical practices with the name “Christianity,” we do the same thing. We take what we want from the Bible but leave out or add in whatever most pleases us at the moment.

Some deny the term “religion” for tactical reasons. That is, their word-preference has less to do with objections to any of the religious aspects of Christianity than it does with trying to get the true message of the faith across. They note that some, upon hearing that Christianity is a religion, assume that it is a religion just like any other, defined by rules and regulations. Following these rules makes you a good person and gets you into heaven; disobeying them makes you bad and sends you in quite another direction.

Further, if Christianity is “just” a religion and religions are about changing your behavior to get you in good with God, then it doesn’t really matter which religion you follow. After all, since the ethical systems and cultic practices of religious groups aren’t all that different, why care which one you choose? To avoid this, some suggest, we ought to avoid the term religion altogether when speaking about Christianity. So far as it goes, this makes sense and is nobly intended. However, I contend that this remains an error.

First, Christianity is a religion. Full stop. It walks and talks like a religion. It presupposes a series of actions – customs, sacraments, rites – like going to church, hearing God’s word, baptism, Communion, and so on. It contains a set of ethics, which, while, again, not particularly different than other religions on the surface, is quite extensive. It requires a set of beliefs about God, humanity, and the cosmos, about what sort of being God is, what is required of us as His creatures, and how we are to approach Him and use His creation.

Second, saying that Christianity isn’t a religion because it is more than just a religion is like saying that the Bible isn’t a book because it’s God’s Word. But the Bible IS a book. It’s made of letters and words and pages and it was written by authors with themes and motifs and allusions. The Bible is a book, even as, above and beyond this, it is God’s Word. We’ll do ourselves no favors by playing fast and loose with common definitions to score rhetorical points. We won’t fool anyone in the end, and we could yield feelings of betrayal along the way.

The other tactical reason for sidelining the term is to avoid giving offense. Look, it takes no anti-religious zealot to realize that a lot of religious people have done a lot of nasty things. Sometimes this has been on a macro-level, when people used a pocket-sized religion to justify their conquests, ambitions, and genocides. Other times this has been uncomfortably personal, when individuals excuse their depravity, perversions, and hatred against others, all the while claiming to be one of the saints of God. To come to their victims proclaiming our “religion” sounds like a recipe for disaster.

I appreciate that, and there’s a lot of wisdom there. Yet, this is still an error. To avoid using the word may not be a bad idea under certain circumstances, but explicitly denying it under essentially all circumstances is to commit a logical fallacy, known more informally by the baby-and-bathwater maxim. That’s like responding to those who have seen abuse from spouses and parents and replying that “I’m not married” or “I’m not a father.” What we need to do is rather show what true marriage, true parenthood, and true religion are. Otherwise we let Christianity’s critics define the terms of discussion.

You see, when we make a tactical retreat from the term “religion,” we also make a strategic withdrawal from all the word means. If “religion” ought to be left aside for fear of miscommunication or offense, then a huge portion of God’s revealed word falls under the same judgment. It is not ultimately the phrase “religion” which matters. The watching world will be little satisfied if we swap out one term for another which means exactly the same thing.

We may think it’s not a big deal since the Bible rarely uses that exact phrase anyhow. However, that’s not much help because the Scriptures are chock full of religious concepts and practices. Think back over the Bible and how often religious things come up. How often are the ancient people of God instructed in great detail about just what makes proper worship of God? What kind of sheep makes for an acceptable offering? What kind of behaviors are in line with God’s will? How often are the New Testament believers exhorted by the Apostles about the way they are to worship, what they are to think, and how they are to live their lives? A religion-less Bible is a nonsensical concept, and a Bible-less Christianity is a contradiction in terms.

Longing to find meaning, wonder, and whimsy in a world we are told is nothing but the mathematical interactions of matter in motion, wanting to clarify the difference between Christianity and the popular image of religion, desiring to avoid giving undue offense to those whose lives are marked by pain – these are all very good things. The answer to each of these lies not in word games, where we change the definitions of perfectly good words to fit the needs of the moment. Instead of accepting that religion is bad and false, we need to show the watching world the reality of the one religion which is both good and true.

Christianity is in every way a religion; it just so happens to be the true one, the real one. As a real thing it has edges, corners, and sharp points – all things which make us uncomfortable. The reasons we give for rejecting “religion” are the same reasons we most need it. Its realness, its truth, these are confining, dictating, and exclusive. A true religion keeps us from living solely by our own will and perspective; it picks us up from our limited vantage point and shows us wonders we could not find on our own, wonders offered by the God who reaches for us.

Christianity is not the religion of the self-defining “spiritual” humanity. Nor is it the man-centered projection of reaching to God by our own works. Neither is it the religion whose definition can be hidden by a terminological shell game. It is the self-revelation of the one and true God who speaks to us through His word and His religion.