Chuck Colson’s Leadership - BreakPoint
Join us in helping to equip and renew the Church with a Christian worldview by giving before our fiscal-year ends!
Skip to content 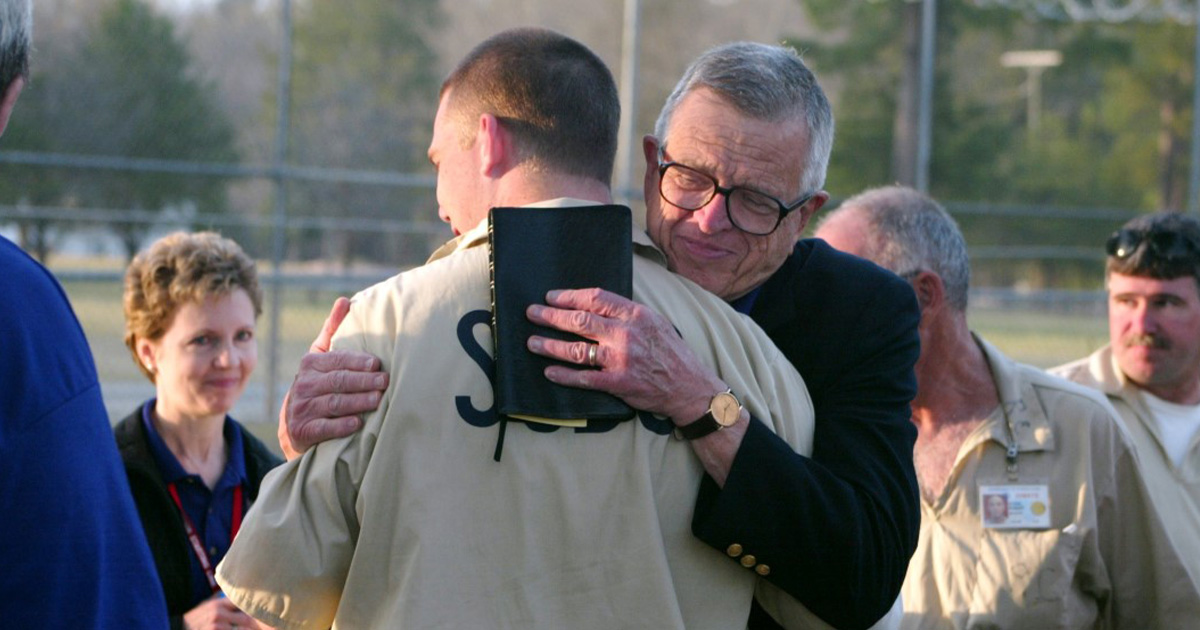 Chuck Colson worked and prayed so that, as he often put it, the Church would be the church.

Ten years ago this week, Chuck Colson went to be with the Lord. After his time in the White House and then in prison and then in leading the largest ministry to prisoners and their families in the world, the great passion of the last few years of Chuck’s life was advancing a Christian worldview. He worked and prayed so that, as he often put it, the Church would be the church.

One of the first projects after I joined the Colson Center team was a curriculum project called Doing the Right Thing. This film series reflected how Chuck understood those issues that plagued prison and the rest of our society. Upstream from the brokenness and evil was a lack of moral formation, an abandonment of right and wrong, and a neglect of virtue. In this film series, Chuck issued a clarion call for Christians to influence our communities with the Christian worldview. Christianity was, after all, a better way of being human:

I have a peculiar habit in my life. I read the Bible every morning, but I also read The New York Times through clenched teeth. I have to. I do it because I write BreakPoint radio broadcasts every day, and I usually get half my BreakPoints out of The New York Times, out of some of the silly things they say. It’s wonderful. I mean for a guy like me who’s writing biblical commentary on public events The Times is indispensable. I should be paying twice as much for my subscription.

But one morning I picked it up and—let me tell you what—I read the extraordinary Thomas Friedman, a great writer of The World Is Flat, a great thinker, very liberal, secular Jew. Thomas Friedman wrote a column about why America was number one in the world by all ratings and all polls and all standards and all measurements for years and years and years and all of a sudden it appears number 11 on the list. What happened? Everybody’s talking about Newsweek’s cover list of the most important and influential nations in the world, the best nations in the world. America’s number 11.

So, Friedman writes a column in which he restates the whole thesis of all of his books, which is that the world is flat. Everybody’s got access to all the same resources and tools, and therefore we’re all equal now. But here’s what he says at the end about why America is number 11. This is the conclusion of his column: China and India have been catching up to America not only via cheap labor and currencies; they’re catching up with us because they now have free markets like we do, education like we do, access to capital and technology. They alike in what we do.

But most importantly—listen. Most importantly, they have values like our greatest generation: They have a willingness to postpone gratification questions. That’s a Christian virtue, deferred gratification, paying your bills, providing for your kids in the future. In a flat world where everyone has access to everything, values matter more than ever. And listen to this coming from a secular Jew. Right now, the Hindus and Confucianists have more Protestant ethics than we do. And as long as that is the case, we will be number 11.

All of you know that I spent my life, the last 35 years going into prisons. I love it. I have a passion for it: to bring the Gospel to prisoners who are absolutely loved. But I discovered early on that the reason the prisons were being filled wasn’t all the sociological theories about crime that we hear generally. It was the fact studied at Harvard in 1986 by two great social scientists: the lack of moral training during the morally formative years.

It hit me that we are raising a generation that lacks male role models. The family has broken down. These kids aren’t learning character. Where does character come from? It comes from habits that you learn in the family first. That’s the first basic structure that Aristotle once said is the first school of human instruction. It comes from associations that you become part of, where you find your identity—you find role models and other people. That’s how character forms.

You cannot teach character. All these courses going in public schools today about teaching character. It’s a joke because you can’t teach character. You learn character. You learn character by living with people who create an environment which is righteous where people live righteously in that environment. That’s how you do it. So, I thought to myself, “This is really a problem.” And I had had this experience at Harvard, and then I’d spoken at schools all across the country.

I ended up speaking at the 2nd Marine Division where I started out as a platoon commander in the 1950s. The commanding general invited me back to give a speech on ethics. Grizzled-up old master sergeant stood up to me, and he said, “Mr. Colson, which is more important, loyalty or integrity?” Ah, got it! I wish I had thought about that when I was in the Oval Office. Whoa! They really got it. But the result of this, when I was realizing what was happening in the prisons, was I thought, “I’ve got to do something about ethics.”

When I said, “Wouldn’t it be something if five million Americans started to do the right thing?” one of my friends said to me, “You’d turn the country upside down.” It can happen. I want to see that. That’s my goal. That’s why I’m standing here today. I want to see five million people, 2% of the population of this country start doing the right thing, start practicing virtue.

That was Chuck Colson describing the potential influence that he believed Christians could have on our society. Join us tomorrow to hear a clip from Chuck Colson’s very last public speech, delivered at the 2012 Wilberforce Weekend.