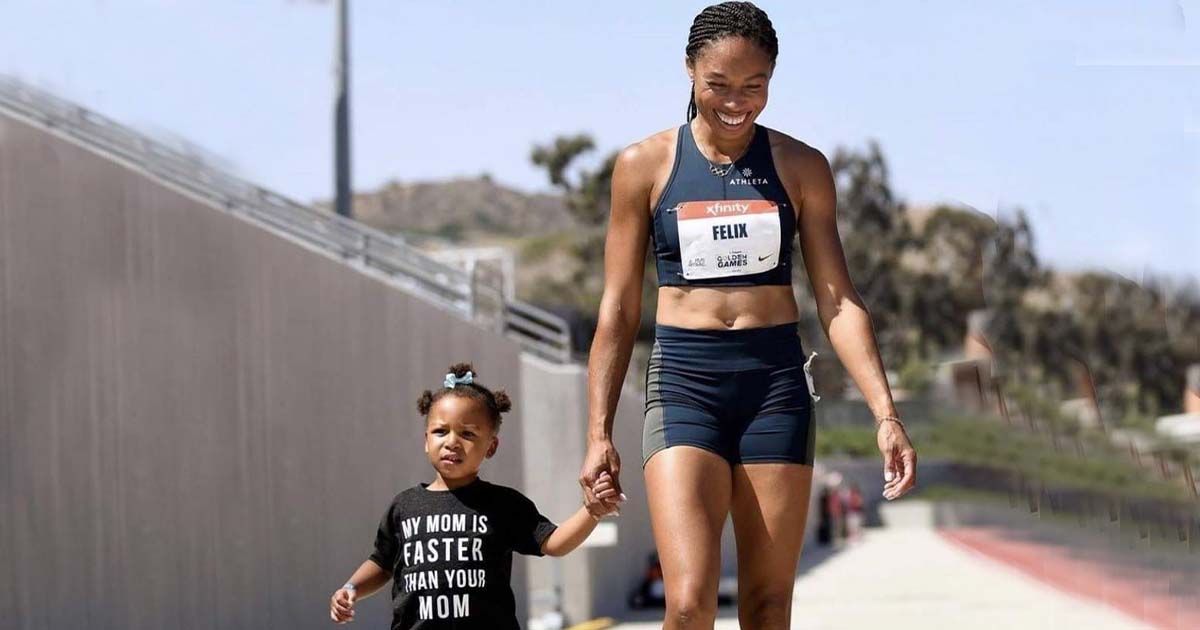 Faithful watchers of the Olympics experience a letdown after the games are over. This year, with viewership in a freefall, there was likely not enough enthusiasm for there even to be a letdown on Monday morning. Many have tired of the politicization of this year’s games, which started before the opening ceremonies. Patriotism, courage, and even “historic performance” were redefined in Tokyo, and for the worse.

However, there is one protest, a quiet one, that demands our respect from the 2021 Olympics.  Female athletes who are mothers earned well-deserved attention. Not merely with social media statements or corporate endorsements, but for winning medals and advocating for life. This Olympic narrative is not only heroic but counter-cultural in women’s sports.

In 2008, gold medal favorite Sanya Richards-Ross boarded a plane for the Beijing Olympics games after visiting an abortion clinic. Her husband, Aaron Ross, was in practice with the New York Giants, so Richards-Ross terminated her pregnancy alone. She came home with a bronze medal, writing later, “I made a decision that broke me.” Richards-Ross went on to say that every female athlete she knows has had an abortion.

This year, the U.S. Women’s Olympic Track & Field team replaced a star runner in the 200 meters hurdles after she was slapped with a five-year ban on competition. The runner failed to follow anti-doping procedures because she was “traumatized after having an abortion”. Her trauma lingers now even as she is facing repercussions for responding as she did to the anti-doping process. McNeal now speaks out against the pressure female athletes face in choosing career over motherhood.

Now a truly historic performance in the 2021 Olympics games may change this narrative in profound ways. Allyson Felix is the most decorated track star in U.S. history. Tokyo was her fifth and final Olympics games, and she has left with two more Olympic medals. Perhaps she will display them beside a picture of her two-year-old daughter whom she carried and gave birth to despite pressures to abort her. The decision to carry her child nearly cost Felix her life.

Felix had already won six gold medals and three silver medals before becoming pregnant in 2018. She chose to carry her child, even when her pregnancy was found to be high risk. At 32 weeks Felix underwent an emergency C-section.

Throughout the pregnancy, Felix faced intense pressure from her sponsor. After she opted to keep her baby, Nike, her corporate sponsor, pushed a new deal that included a 70 percent pay cut to her previous contract, with no maternity exceptions. The sports brand wagered that Felix’s performance would falter as she bounced back and forth from competing to pregnancy to juggling motherhood. Felix spoke out, challenging the double-standard that exists in women’s athletics for moms. Nike has since restructured how it works with mothers after Felix challenged the double standard.

Following her Olympic successes, Felix is refocusing her attention on a new endeavor called “The Power of She Fund.” The new organization is designed to support mom athletes in practical ways. The Power of She Fund will provide childcare for mothers who compete at high levels, offering them the support and encouragement they need. At least nine athletes who competed in Tokyo participated in Felix’s program this year. These athletes received childcare grants that opened opportunities for greater training. Felix’s work is also inspiring women’s athletic brands to get behind mom athletes. Athleta and the Women’s Sports Foundation are both corporate sponsors for The Power of She Fund.

Felix’s story is a tremendous example of what it takes to change culture. The ideas that are evil must be challenged; the imagination of what is possible must be expanded; new and better ideas must be offered. Also, very importantly, the direction of corporate pressure must be changed. In this case, it was from pro-abortion to pro-child. Hopefully, the important work of Allyson Felix will undo the abortion-minded atmosphere that currently surrounds women’s athletics.