Frederick Douglass and the Imago Dei - Breakpoint
How can we respond to those around us with truth and love? Give today to receive this month's featured resource.
Skip to content 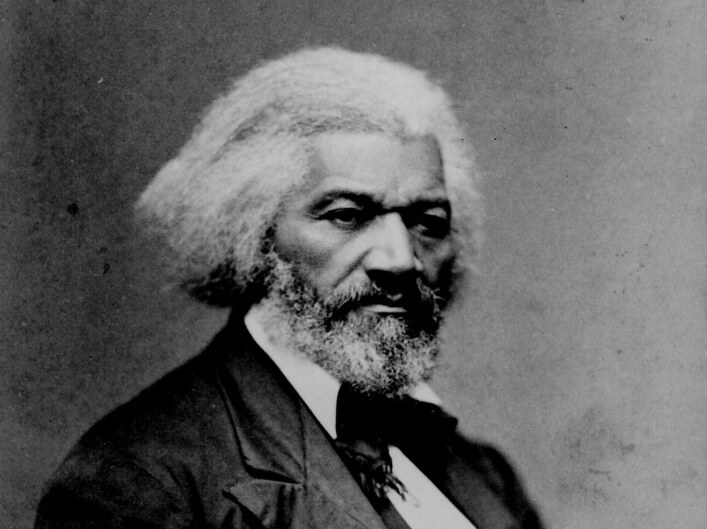 
Frederick Douglass and the Imago Dei

Sunday marked the 203rd birthday of a monumentally important figure in American history, a man who truly understood what it means that every human being is made in the image of God.

Frederick Douglass was a former slave, abolitionist, supporter of women’s suffrage, orator, writer, adviser to Presidents, and diplomat. All of this is well known, but one of the most misunderstood elements of his life story was his deep and abiding Christian faith.

He was born in Talbot County, Maryland, in 1818. Douglass’ mother was a slave, and his father may have been her owner. Douglass was sent to work in the Baltimore home of Hugh Auld. Auld’s wife violated both the law and her husband’s instructions by teaching Douglass to read.

When Douglass was later hired out to a man named William Freeland, he began teaching other slaves to read. Specifically, he taught them to read the New Testament at the weekly church service. Freeland himself didn’t object, but other slave owners did and forcibly broke up the church.

After two attempts to escape, Douglass finally succeeded with the help of Anna Murray, a free black woman from Baltimore. Disguised as a sailor, he made his way to New York. In 1838, he and Murray were married, and the couple settled in New Bedford, Massachusetts, where they adopted the name Douglass.

Douglass attended the African Methodist Episcopal Zion Church, and in 1839 became a licensed preacher. He was also a steward, sexton, and Sunday school superintendent.

Douglass joined a number of anti-slavery societies and began subscribing to William Lloyd Garrison’s journal “The Liberator.” His eloquence and powerful personal story made him a popular speaker at abolition rallies. Not all of them ended well. In Pendleton, Indiana, his hand was broken when a mob attacked him. Rescued by a Quaker family, his hand was improperly set and bothered him for the rest of his life.

In 1845, Douglass published his first autobiography, Narrative of the Life of Frederick Douglass, An American Slave. The book was so eloquent that some wouldn’t accept that it could have been written by a black man. It became an immediate bestseller and was published in America and in Europe.

To avoid being arrested and sent back to the Aulds as a runaway, Douglass spent two years in Britain and Ireland, giving lectures to packed houses and meetings. There, he met Thomas Clarkson, one of the original British abolitionists. Although Douglass was a strong advocate for Irish Home Rule, the British were so impressed with Douglass that they raised the money to purchase his freedom from the Aulds, enabling him to return to America safely.

Back in the U.S., he began publishing “The North Star,” his first abolitionist paper. Its motto was “Right is of no Sex—Truth is of no Color—God is the Father of us all, and we are all brethren.”

During the Civil War he advised President Lincoln on the treatment of black Union Soldiers and later discussed black suffrage with Lincoln’s successor, Andrew Johnson. From 1889-1891, Douglas served as Minister-in-Residence and Consul General to Haiti.

Douglass also sought to reconcile with the Auld family, meeting with Thomas Auld himself—an act in keeping with his Christian convictions. Frederick and Anna had five children. In February 1895, Douglass died of a massive stroke or heart attack. He was buried in Rochester, New York.

Douglass was a deeply committed Christian, yet (or perhaps better put, so) he was highly critical of the shallow “Christianity” he saw in America, particularly in the South. Even though skeptics have used these criticisms to paint Douglass as an atheist, he set the record straight in the Appendix of the Narrative:

Frederick Douglass’s life was a marvelous fusion of biblical teaching, conversion, personal piety, and social action. His life and work had a profound impact on the United States and beyond, and was shaped by his conviction that we are all made in the image of God.

For a fuller account of Douglass’s amazing life, come to BreakPoint.org to read Dr. Glenn Sunshine’s article on him as part of his series “Christians Who Changed Their World.”

Narrative of the Life of Frederick Douglass