Halloween and The Face of Evil - BreakPoint
Skip to content 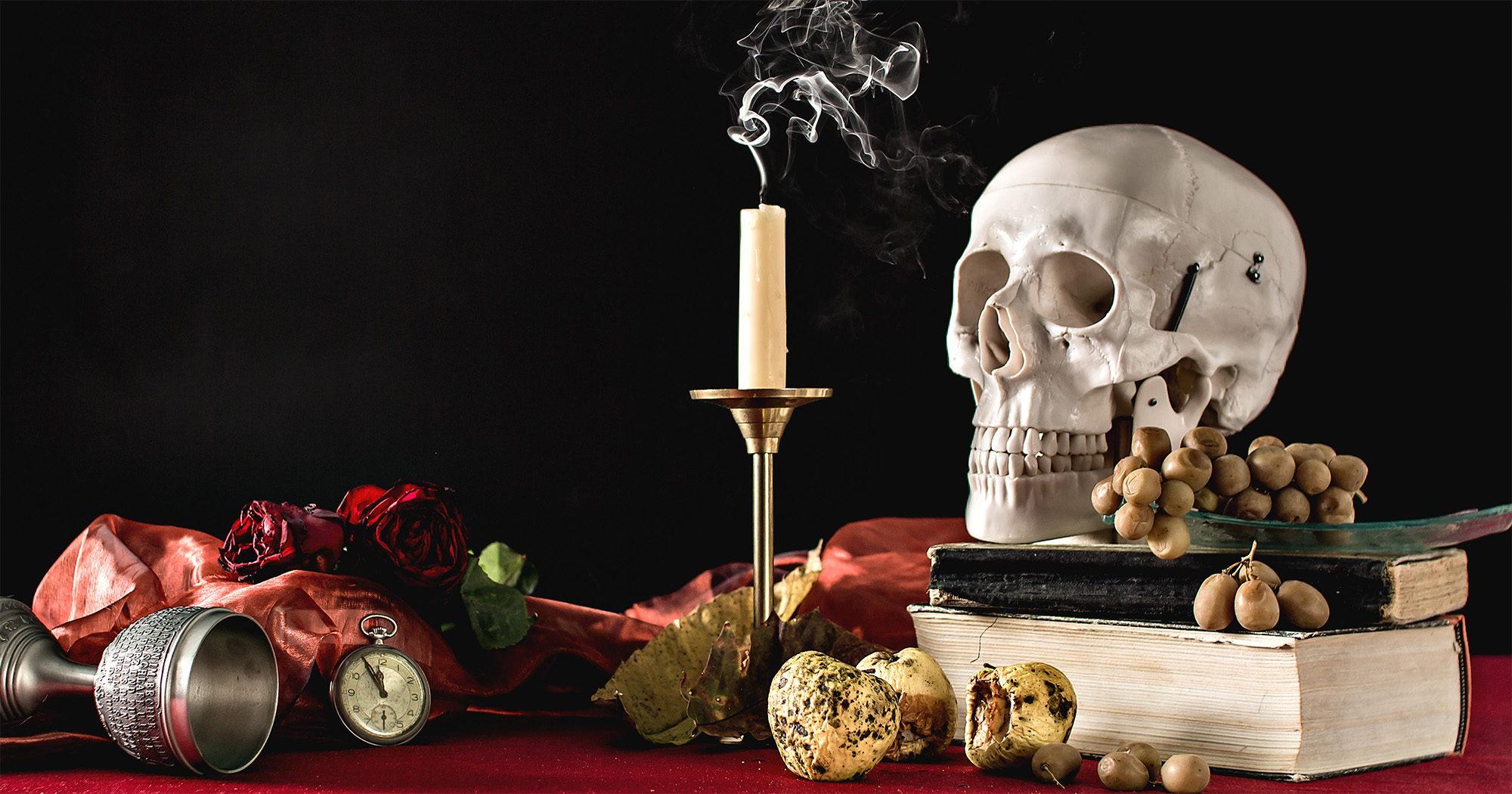 
Halloween and The Face of Evil

Ah, the day after Halloween: kids in the limbo between jittery and comatose from their late-night sugar crash, parents thinking of the best place to hide their cut of the children’s candied winnings. Just doing our part to combat childhood obesity, right?

What also begins today is the great autumnal decorative transition. Houses now done up in the ghoulish gear of cobwebs and crypts will mutate this week into the more Santa-tized versions of innocence and snowflakes. Sure, we’ve still got Thanksgiving ahead of us, but who are we kidding? It’s only 55 days until Christmas!

As we replace the morbid glare of orange around our trees with the more wholesome illuminations of red and green and gold, we have to wonder about this dichotomy. Our Christmas celebrations bring to mind the hope and warmth of family and food in midwinter’s chill, but our Halloween activities take our most primal fears and put them on display for all to see.

As my colleague Shane Morris has put it, there is a redeeming element at work. By looking at the morbid side of life, skulls on our desks and signs of decay around our homes, we enact a latter-day memento mori, recalling to our mundane existence that we live within a grand story still languishing in its dark second act. By noting the reality of evil, of its abnormality, we remind ourselves that one day the good will be normal once more.

This is true, but I think there is more as well. I don’t think we can deny that some of the appeal is the allure of the taboo. There’s something compelling in shifting shadows, in the “what if” of the darkness, in the perverse catharsis of yielding to what we know is unholy. Think how many costumes of late combine sexual appeal with rotting flesh. There is the desire to embrace what we fear, not merely to feel the adrenaline rush of a sudden shock but to touch that place in our minds our instincts tell us to flee.

Our Christmas celebrations bring to mind the hope and warmth of family and food in midwinter’s chill, but our Halloween activities take our most primal fears and put them on display for all to see.

It’s a “whistling past the graveyard” sort of thing, an attempt to distract ourselves from the parts about our lives we find most unsettling by turning them into a joke. We hope by making light of these fears to domesticate them, to make them into playthings we can control, candies and costumes, costumes which can be taken off tomorrow as easily as we put them on today.

When we don the garb of what we fear – the undead, the life-drinkers, the manimal-hybrids, the half-alive – we are grasping at an uncomfortable truth. When we dress as these things, as zombies, vampires, werewolves, and ghosts, we live out for a moment the reality of the Fall’s effect on our humanness. Just as each of these is a parody of our intended natures, our sin-corrupted frames now live on as caricatures of who we were meant to be.

We know deep down that evil has taken up residence in our hearts, and we attempt by playing dress up for a day to drown out a barely heard whisper from the back of our souls, reminding us that all is not right with the world. In our heart of hearts, we know that there is something wrong “out there,” and, most distressingly, “in here.”

We try ever so valiantly to pretend it’s otherwise. We like to think that death is something that happens to someone else, or that it’s just a natural part of life, neither to be hated or feared. But all it takes is a health-scare or the loss of a loved one to bring back the stench of death to our nostrils.

We tell ourselves that evil is just a fanciful thing, a conditional thing, the artifact of our cultural moment, bearing no more moral weight than the shifting fortunes of style and fashion. This is a tougher nut for reality to crack. With death, we cannot avoid the reach of its grim grasp, but with evil, we have no end to self-deception.

We create grand philosophies and coping mechanisms to justify our indifference to our own moral corruption. If we’re of a naturalist temperament, we say that matter is all there is and ever will be. If we’re of a rigorous disposition, we lie to ourselves, saying that evil only comes to those who are not upright. If we’re more sentimental, we do our best to ignore, to excuse, to sanitize the evil around us.

But these self-imposed sleights of hand are never enough. Something is deeply and perversely rotten in this world, and, despite our fervent attempts to keep our souls lit with imaginary candles, the darkness seeps in. The reality of evil keeps showing up in our newsfeeds.

A greater Christmas is coming, and, with it, the full restoration of all God intends. But, until that day, we are left with the reality of death’s repugnance and evil’s indelibility. We ignore this truth to our peril.

The recent killing of Abu Bakr al-Baghdadi reminds us that this was no “austere religious scholar” but a vile man responsible for the slaughter of thousands and the institutionalization of rape. Just this month we read of contemporary echoes of Nazi horrors: millions of human beings, members of an ethnic minority, herded into camps for “reeducation,” women assaulted in front of others, with beatings for any fellow prisoner who dared even to grimace. We have euphemisms for abortion as health-care and babies as tissue, but then we’re faced with a Kermit Gosnell or Ulrich Klopfer and the stacks of rotting tiny flesh.

All our ideals about the malleability of morality and the illusory nature of evil collapse in the dust of reality. The death and evil introduced into the world by the Fall of Man is no superficial affectation but a fundamental characteristic of our present-day existence. Halloween is an unorthodox recognition of a classical element of the Christian worldview, both pointing to and hiding the face of evil.

With this macabre fascination displayed throughout October, the unnerving juxtaposition of beautiful children done up as devils and carefully-tended lawns strewn with rotting corpses, we catch a glimpse of what our carefully-tended minds try so hard to hide from us. Evil is no costume and death no mask.

A greater Christmas is coming, and, with it, the full restoration of all God intends. But, until that day, we are left with the reality of death’s repugnance and evil’s indelibility. We ignore this truth to our peril.