How Dads Change with Fatherhood - BreakPoint
Skip to content 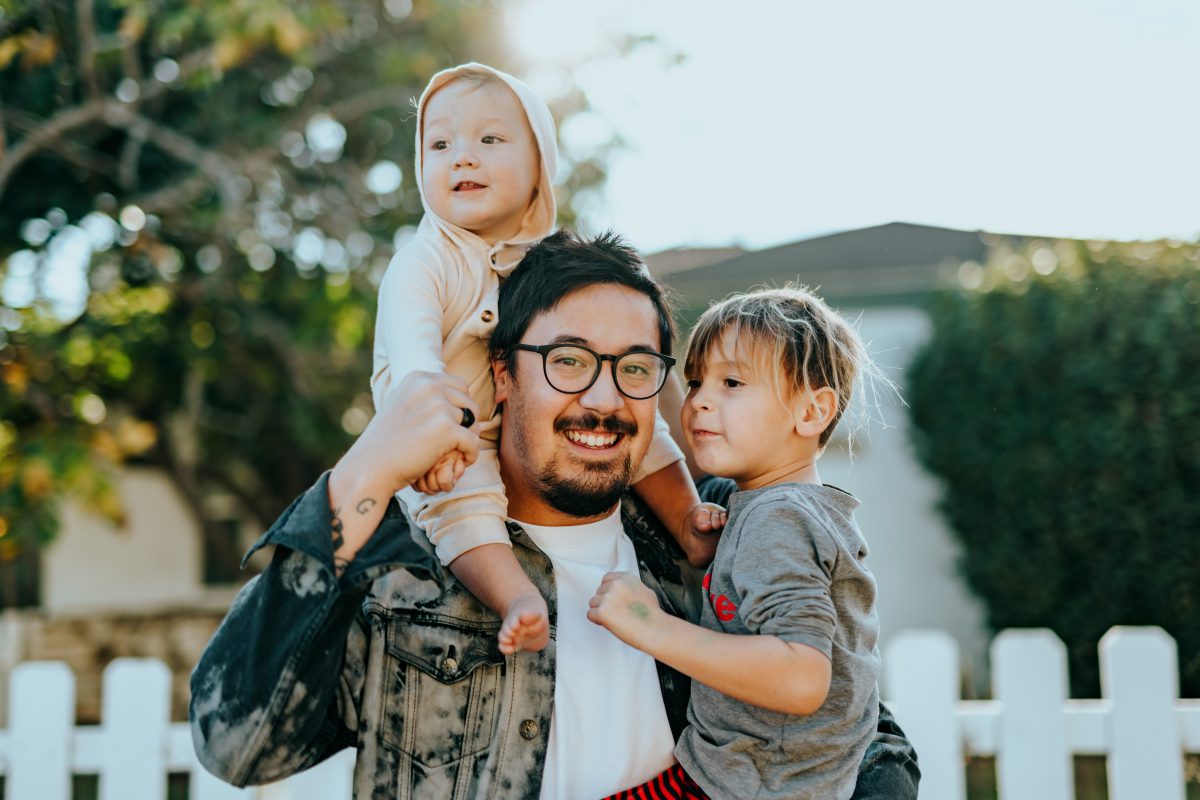 
How Dads Change with Fatherhood

In the 1987 flick starring Tom Selleck, Three Men and a Baby, a trio of bachelors share a New York apartment and they take turns bringing home one-night stands. All seems to be going according to this hedonistic plan until one of their one-night stands leaves a baby at their doorstep.

One of them is the father, but he’s out of town. Hilarity ensues as his two roommates rearrange their lives to care for little baby Mary. After bumbling their way through bottles and diapers and bedtime and babysitting, something surprising happens: these clueless cads find themselves actually acting like dads. The bond they form with this little girl brings mom and dad together in the end for something that looks more like a family than just a casual fling.

Fathers are more than just sperm donors. They have a connection with their children beyond contributing DNA. In fact, that whole myth is losing credibility in the face of scientific and medical evidence. For instance, we know now that fathers bond physically and emotionally with their children in a way that complements a mother’s bond. That’s why skin-to-skin contact with dad is now a common practice in delivery rooms. And the connections don’t end there.

Recent discoveries suggest that dedicated fathers, like dedicated mothers, undergo dramatic hormonal and neurological shifts upon the arrival of a baby. Some experts now even think that those shifts and the father-child bond that creates them begin even before birth.

Writing recently in The Atlantic, Ariel Ramchandani describes a bizarre condition that sometimes afflicts expectant fathers. What’s known as Couvade syndrome is a poorly understood set of symptoms in which a man experiences physical changes that mirror those of his pregnant partner. Things like weight gain, vomiting, aches and pains — even cravings. Understandably, dads who go through such things are often embarrassed to talk about it. It sounds like one of Arnold Schwarzenegger’s worst movies, Junior.

Until recently, the go-to explanation was that Couvade syndrome is psychosomatic. In other words, “It’s all in your head.” But Ramchandani marshals evidence that something physical could be at work when men are experiencing so-called pregnancy symptoms. The key is probably hormones triggered by living with a pregnant partner, and caring for a child. “Becoming a dad is associated with declines in men’s level of testosterone,” she writes, “and those declines are linked with greater paternal investment. Hormonal changes could explain fathers’ weight gain as well as their pre- and postnatal depression.”

According to one psychology professor at the University of Southern California, Couvade Syndrome is still a mystery, but less dramatic. Hormonal shifts among fathers are well documented and biologically important. “We celebrate a vision of men as high-testosterone, aggressive and manly,” said this professor, “and that’s inconsistent with the parenting role.” In this view, men who feel pregnant may simply be experiencing an extreme form of the natural shifts in body chemistry that prepares them to become good dads.

Unlike mothers, however, fathers don’t undergo these shifts automatically. It comes after investment and time. Research at the University of Michigan points to a “feedback loop” in which fathers become better suited hormonally to nurture the more time they actually spend nurturing. According to one University of Notre Dame anthropologist quoted in The Atlantic, the degree to which fathers physically adapt to their new role can even depend on cultural norms of fatherhood.

Now given all this, it’s not surprising that Tom Selleck and company slipped into their paternal roles so easily. Men who behave like dads, science seems to suggest, become better dads. But this research also understates an enormous difference between mothers and fathers in that they each contribute to child-rearing in unique, distinct and important ways. Ironically, the fact that some men experience symptoms reminiscent of motherhood could be proof that mothers aren’t the only thing that children need.

Male bodies respond to the call to nurture in their own way. This supports the claim that Dr. Ryan T. Anderson often makes, that there’s really no such thing as parenting; there’s only mothering and fathering. The fact is that we have a day set aside to recognize Father’s Day, and even a few movies that describe it, even bad ones. Hence that on some level, we knew this all along.

She Got Pregnant. His Body Changed Too.