Leaving Religion in the Pandemic - BreakPoint
Join us in helping to equip and renew the Church with a Christian worldview by giving before our fiscal-year ends!
Skip to content 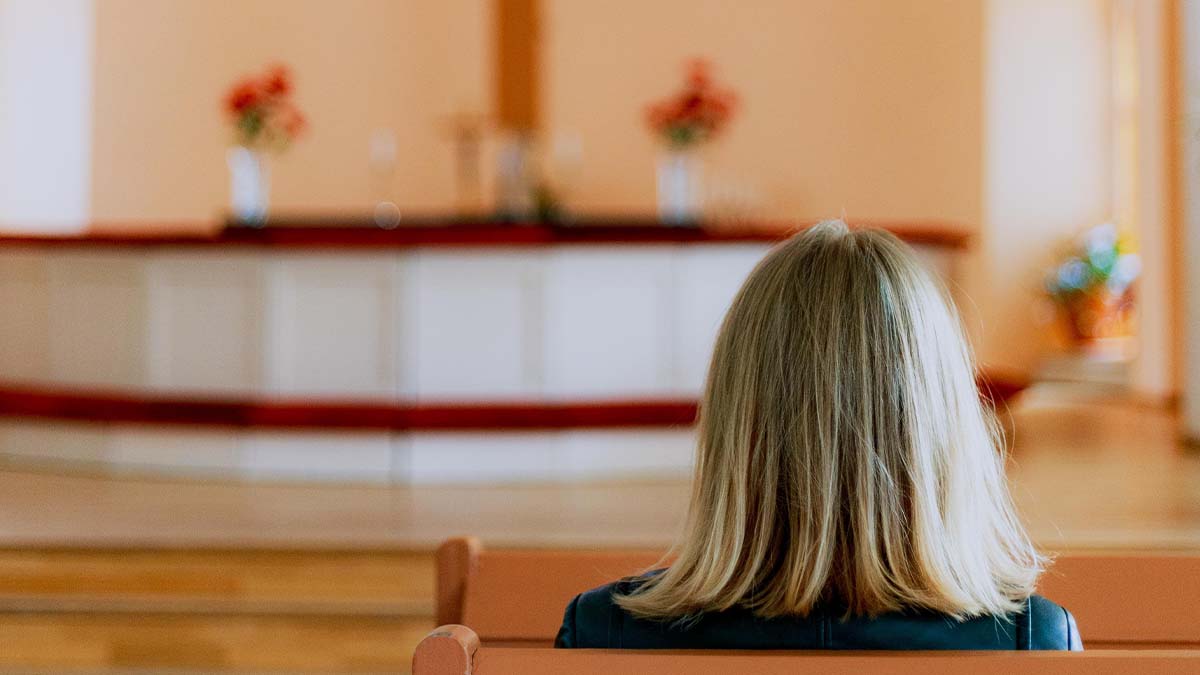 
Leaving Religion in the Pandemic

As the Wall Street Journal reported recently, Americans continue to leave religion behind in large numbers. According to Pew Research, the percentage of American Christians has fallen about 12% over the last ten years, from 75% in 2011 to around 63% today. The number who pray every day is even lower, at 45%. The demographic rising in its place are the so-called “nones,” those who identify religiously as “nothing in particular.” This group grew to about 20% of the US population in 2021, up from 16% in 2017.

The surprising thing here isn’t that Americans are leaving organized religion behind. That’s been happening at about the same rate for a while now. However, it is newsworthy that this trend continued unabated in the face of a global pandemic. Historically, catastrophic events that bring uncertainty, stress, or political chaos tend to draw people to reconsider faith.

In this sense, ours is in sharp contrast with other historic moments, such as World War II, the assassination of JFK, and the Gulf War. More recently, 9/11 brought a flood of Americans back to church and, although the trend wasn’t permanent, those who lived through it remember a renewed sense of unity and commitment to spiritual activities such as prayer.

Of course, other moments were deeply divided along religious lines. America’s war in Vietnam is a good example. While overall church attendance remained steady, Vietnam represented what some have called “a ripping of the nation’s religious fabric.” Mainline churches, in particular, posted significant losses about this time. As the Washington Post reported in 1982, the United Presbyterian, Episcopal, and United Church of Christ lost 21%, 15%, and 11% of their membership respectively in the previous decade.

The fact that certain crises inspire unity, and others division, likely says more about the state of the culture affected than the crisis affecting it. The Covid pandemic has only further ignited the rift created by America’s massive political and ideological differences, and further shaken religious loyalties. In the 1970s, people reacted to the cultural upheaval by changing religious affiliations. Today, people are dropping their religious identities altogether.

Of course, one reason that Americans didn’t flock to churches was many were closed.  Still, even after Churches adapted, attendance took a hit. In June 2020, even though 96% of pastors said they offered live streaming services, Barna reported that just 48% of otherwise regular attendees were tuning in. Today, even with Sunday morning services available nearly everywhere, in-person attendance is still between 30-50% lower than before the pandemic.

In contrast, Netflix added an incredible 10 million subscribers to its ranks in just three months in 2020.  While an encouraging number of Americans reported that the pandemic strengthened their faith, they were the minority. When given the choice of where to find meaning, Americans chose streaming platforms over church pulpits.

On a purely pragmatic level, this is bad news. Recently Tyler Vanderweele and Brendan Case argued over at Christianity Today that “Empty Pews Are an American Public Health Crisis.” They have a point. Study after study suggests that church attendance corresponds with lower rates of substance abuse, divorce, incarceration, and depression, not to mention higher levels of meaning and satisfaction, volunteering, longevity, and civic engagement.

They may be catechized too well in an entertainment-driven, performance-oriented kind of service. It may be because of the moralistic and therapeutic ways they were taught to think about faith in our hyper-individualistic age, and they found better fulfillment elsewhere. We may be more steeply formed by the liturgies of our age rather than the liturgies of Christian worship.

For Christians, church attendance simply is not optional. Scripture commands it, and, for all its imperfections, the Church is the body and bride of Christ. It’s how Christians are equipped and sent to proclaim and live the Gospel. It’s the means by which Christians grow the kinds of deep roots needed to survive a chaotic and hostile culture. As Scripture says, a cord of three strands is not easily broken, but “pity anyone who falls and has no one to help them up.”

To be clear, the Church will go on. In particular, outside of the western world, the Church is growing at incredible rates. It will survive COVID, militant secularism, and rampant individualism. In other words, the Church can take up the strands of life together again.

The question is whether we will put down our idols.