Little Women's Small Faith: A Review - Breakpoint
Help make a bigger worldview possible for Christians around the globe with a year-end gift!
Skip to content 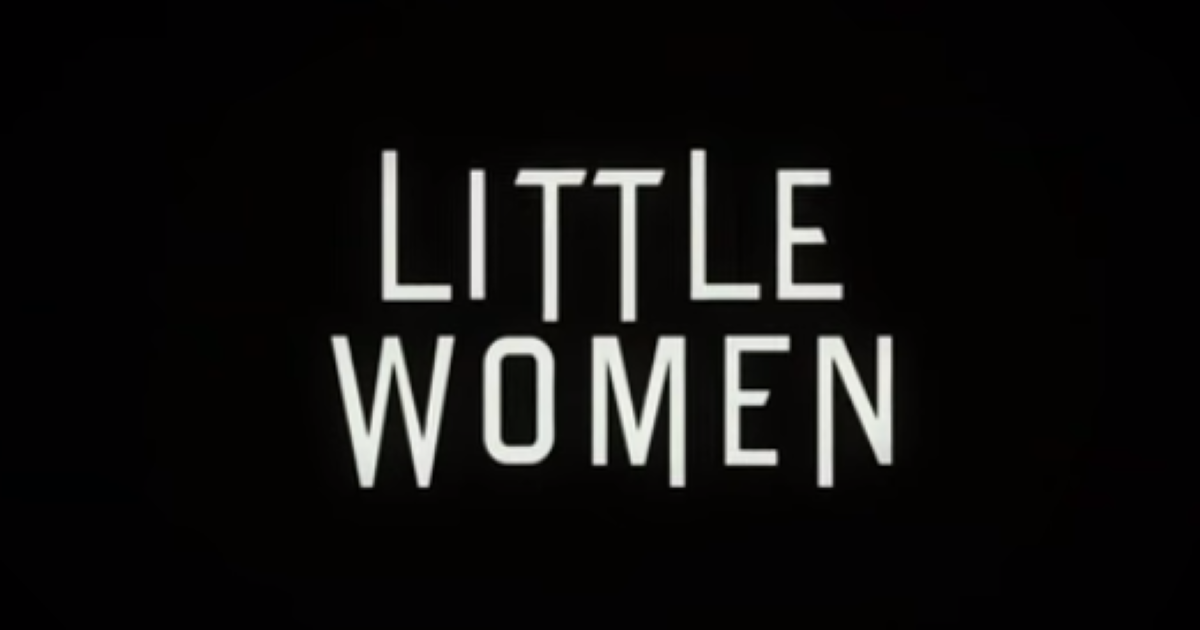 I went to see “Little Women” the other day without a great deal of hope: Not one of the many film adaptations of Louisa May Alcott’s 1868 novel has been truly faithful to the book. In particular, Gillian Armstrong’s 1994 adaption might more accurately have been titled “Little Feminists.”

The new film is enjoyable on many levels. Laura Dern is a delight as “Marmee,” the mother of four lively young daughters struggling with poverty and the absence of their father, a Civil War chaplain. For once, the actress chosen to play daughter Jo (Saoirse Ronan) is interesting looking rather than beautiful (the Jo of Louisa May Alcott’s novel is described as having just one beauty: Her hair.)

Emma Watson (Hermione of the Harry Potter films) is sweet as oldest daughter Meg, as is Eliza Scanlen as Beth, the sister who suffers from severe social phobia and is almost too good to be true. But Amy, the youngest sister (played by Florence Pugh) is hard as nails, not the vain, selfish brat who, in Alcott’s telling, grows into a graceful, thoughtful young woman.

The film is sumptuously shot and well-acted, although the endless flashbacks will likely confuse viewers unfamiliar with the storyline—as it did the little girls seated behind me, who told me they had not read Little Women. But the film was still a disappointment because the strong Christian elements of the novel are left out.

The major themes of Little Women are the sisters’ ongoing efforts to improve their characters, to love one another, and put their faith in God. Despite their occasional grumbling, they learn that that great joy can be had by living for others, and of faithfully doing their duty.

For example, in the very first chapter of the book, Meg, Jo, Beth, and Amy recall the times they acted out John Bunyan’s Pilgrim’s Progress, the greatest Christian allegory ever penned.

In Chapter two, Marmee gives her daughters Bibles as their Christmas presents. Meg, who is described as “sweet and pious,” vows to read from it every day; her sisters, impressed by Meg’s example, resolve to do the same.

When Amy burns up Jo’s short stories in Chapter eight, their mother’s biblical advice to Jo is: “Don’t let the sun go down upon your anger; forgive each other, help each other, and begin again tomorrow.”

My child, the troubles and temptations of your life are beginning, and may be many; but you can overcome and outlive them all if you learn to feel the strength and tenderness of your Heavenly Father as you do that of your earthly one. The more you love and trust Him, the nearer you will feel to Him, and the less you will depend on human power and wisdom. His love and care never tire or change, can never be taken from you, but may become the source of life-long peace, happiness, and strength. Believe this heartily, and go to God with all your little cares, and hopes, and sins, and sorrows . . .

In response to this little sermon, Jo offered “the sincerest prayer she had ever prayed . . .”

When a telegram informs them of their father’s serious illness, Beth goes into a closet to pray for his recovery—just as the scriptures command.

Beth’s own illness—she nearly dies of scarlet fever—becomes a spiritual catalyst for her three sisters.

“If God spares Beth I’ll try to love and serve Him all my life,” Jo responds.

Self-centered Amy undergoes the greatest spiritual transformation of all: Fearful that Beth will die, she “instinctively turned to the strong and tender Friend, whose fatherly love most closely surrounds his little children.”

Readers of Little Women know that Beth dies a few years later. Preparing for death, she leaves “everything to God and nature . . . and clung more closely to the dear human love, from which our Father never means us to be weaned, but through which He draws us closer to Himself.”

The major themes of Little Women are the sisters’ ongoing efforts to improve their characters, to love one another, and put their faith in God. Despite their occasional grumbling, they learn that that great joy can be had by living for others, and of faithfully doing their duty.

The creators of the more recent film adaptations of Little Women tend to “modernize” the story, shoving feminist themes into them and focusing on how few options there were for women in Alcott’s time. But Little Women is already, in a sense, a feminist novel.

Many famous fans of Little Women appear to be blind to these themes. Writers Simone de Beauvoir, Sonia Sanchez, and Barbara Kingsolver, all say they were inspired by tomboy Jo, who longed to go fight in the Civil War and become a famous, independent writer.

How could they have missed the fact that Jo matures into the woman of whom Alcott could write: “The dream of filling home with comforts, giving Beth everything she wanted . . . and always having more than enough, so that she might indulge in the luxury of charity, had been for years Jo’s most cherished castle in the air.”

The creators of the more recent film adaptations of Little Women tend to “modernize” the story, shoving feminist themes into them and focusing on how few options there were for women in Alcott’s time. But Little Women is already, in a sense, a feminist novel. Jo and Meg help support the family by working outside the home. Both Jo and Amy plan for careers in literature and art, with the full approval of their parents, who make no effort to push them toward marriage and motherhood. Jo later becomes, with her husband, co-director of a school.

Yes, Jo is admirable–not because she wanted to conquer the world, but because, in large part, she wanted to conquer it on behalf of her family. We love her for her funny, blunderbuss behavior, strong and creative nature, and literary dreams—especially those of us who grew up wanting to become writers ourselves.

Would we love her as much as we do had she never returned to Concord after going to New York to work, kept all her money for herself, and traveled the world like a good bohemian instead of spending many months caring for her dying sister?

How I wish an inspired producer would create a television series based on Little Women, focusing on the spiritual and moral lessons of each of the book’s 47 chapters. But until that day comes, Christian parents will have to settle for taking their daughters to the lovely but flawed interpretations of the book, knowing that such films might well draw girls to Alcott’s great novel about four imperfect sisters who struggle to live out the greatest teaching of the Bible: To love the Lord with all their hearts, and their neighbors as themselves.