Lowering the Bar for Female Soldiers - Breakpoint
Give today to learn what it means to be a thoughtful Christian!
Skip to content 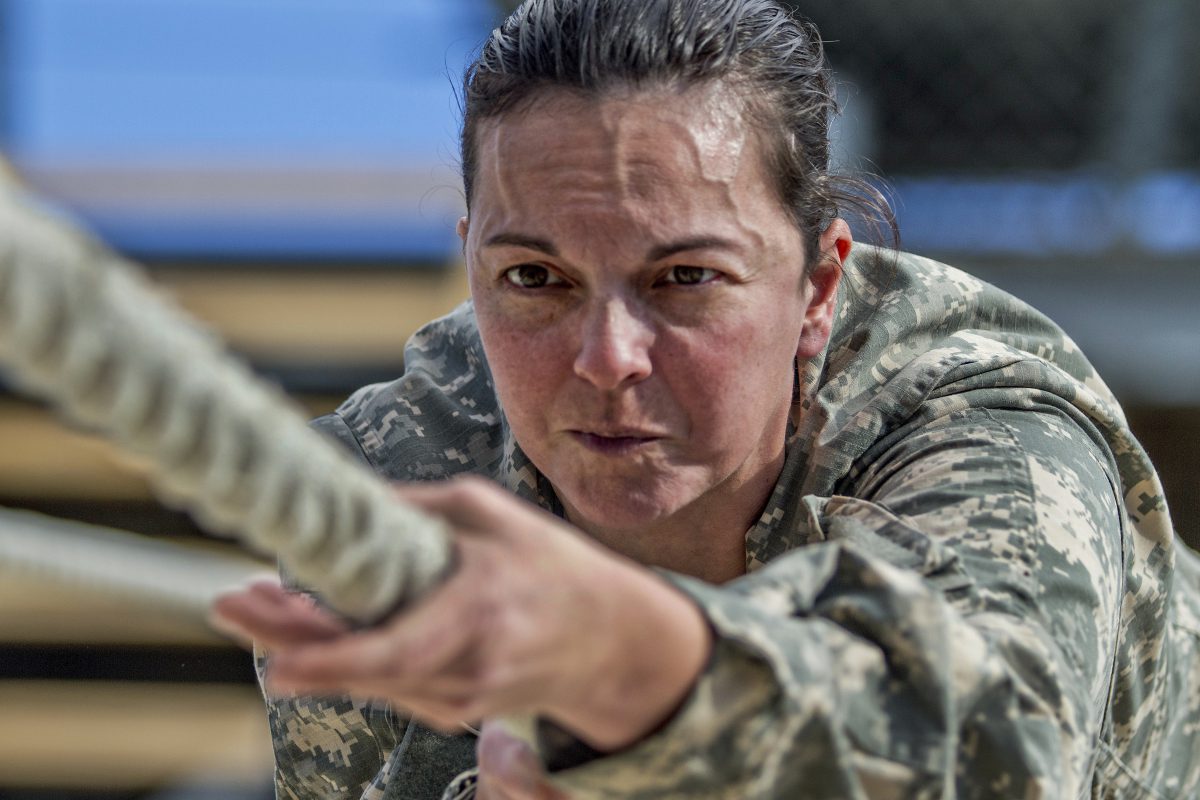 
Lowering the Bar for Female Soldiers

Men and Women are Different, and That’s a Good Thing

This month, Congress halted the rollout of the Army’s new Combat Fitness Test. Unlike the old test, which dates back to before combat roles were open to female soldiers, the new test requires men and women to meet the same standards of physical fitness. That’s a problem, critics and activists say, since, so far, 54 percent of women have failed this new gender-neutral test.

Service Women’s Action Network CEO Deshauna Barber complained, “A fitness test that is so clearly biased simply cannot move forward without further review…” A letter from her organization to the House and Senate Armed Services Committees called the gender-neutral test “hasty” and “rash,” and insisted that “too many otherwise qualified soldiers are failing.” The test wrongly assumes that “every soldier is a warrior first,” and that “superior physical strength is singularly critical in battle.”

Sadly, the Army eventually agreed and revised the test to reflect these complaints.

To be clear, we are talking about testing for combat infantry roles, literally for the “boots on the ground.” Isn’t the physical strength of these servicemembers critical in battle?

At least one notable voice thinks so. Writing at West Point’s Modern War Institute, Captain Kristen Griest, the Army’s first female infantry officer, argues that lowering the physical bar for women could have deadly consequences on the battlefield:

“While it may be difficult for a 120-pound woman to lift or drag 250 pounds, the Army cannot artificially absolve women of that responsibility; it may still exist on the battlefield…each job has objective physical standards to which all soldiers should be held, regardless of gender…To not require women to meet equal standards in combat arms will not only undermine their credibility, but also place those women, their teammates, and their mission at risk.”

She’s right. The bad idea behind lowering standards for female soldiers is the same bad idea behind putting transgender male athletes in the ring to fight women. Men and women are physically different. Just ask Tamikka Brents, who, back in 2014, had her skull fractured in two minutes by Fallon Fox, the MMA’s first openly transgender fighter.

Physical jobs require physical strength. There is no job in the world more physically demanding than combat infantry. Giving an assault rifle and a pair of boots to men or women unable to meet those demands is worse than madness. For them and their fellow soldiers, it could be a death sentence.

Though the sexes were created with the same dignity as bearers of God’s image, they were not created to be identical. Our differences are, in fact, where are greatest strengths lie. This truth was lost somewhere in the middle of feminism’s second wave, when the movement went from being about equality in rights to equality in roles. While the exclusion of women from certain roles in society needed to be corrected, other roles are grounded in the differences that do exist between men and women.

Recently re-watching “Avengers: Endgame” with my son, Hunter, I couldn’t overlook that famous scene where all the female superheroes team up on the battlefield to kick alien keester and save the day. Of course, there’s a lot of imagination involved in the entire Avengers world (and, Iron Man does end up being the one who actually saves the day, through an act of sacrifice), but cheesy “girl power” moments like this miss a remarkable truth Eric Metaxas highlights in the opening section of his book Seven Women.

So often, women are portrayed as great despite being women, or because they act like men. But the greatness of women is as women, in ways that men are not, in-and-as the way God made them. It is in the “very good” way God created women that they have true strength.

I was talking about that line from Eric Metaxas’ book with my wife Sarah when she first had the idea of the “Strong Women” podcast, which she co-hosts with Erin Kunkle. If you haven’t subscribed or listened, it will reset the thin narrative on women that dominates our world.

By the way, the Friday Intensive at the upcoming Wilberforce Weekend, will offer a deep dive on the image of God as male and female. Speakers include myself, Ryan Anderson, Emilie Kao, and Rebecca McLaughlin. Come to WilberforceWeekend.org for more information.