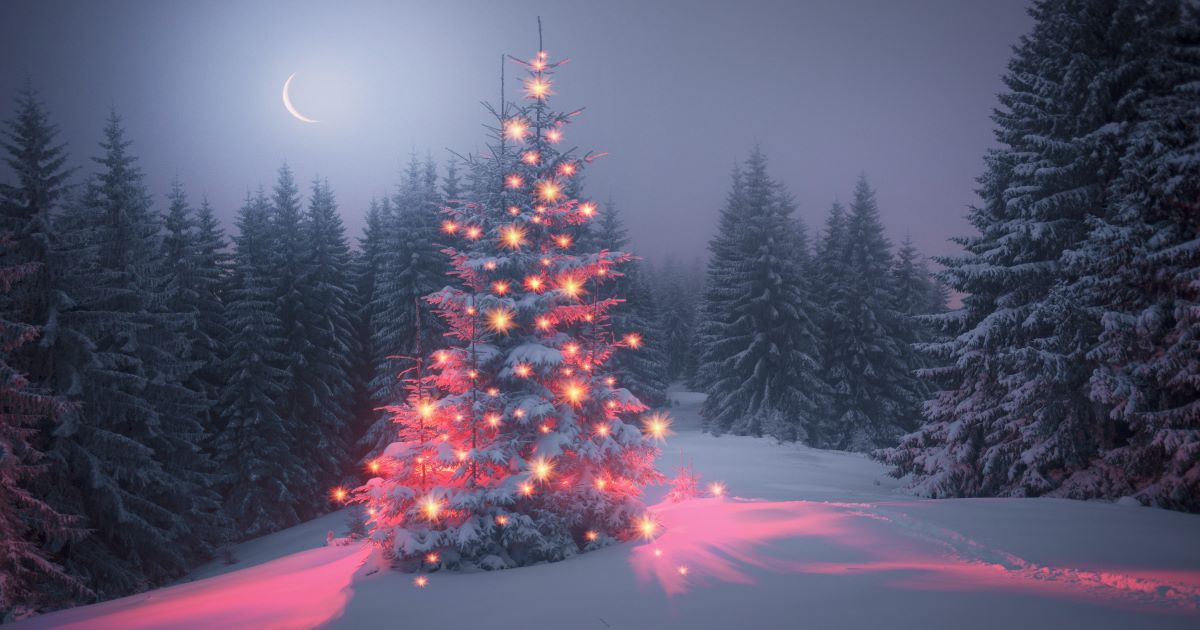 The Christmas season (actually, in liturgical terms, the Advent season) seems to bring out the worst in people. This is especially true of over-punctilious Christians, who see paganism lurking behind every tradition that lacks express biblical warrant.

It is a commonplace among many Christians and pagans alike that the date of Christmas was set to compete with pagan festivals (wrongly, as it turns out), and many also claim the Christmas tree is pagan as well. Some sources (of dubious historical value) claim they go back to ancient Egypt, others to ancient Babylon, still others to Celtic, Roman, or Norse paganism.

Let’s take a closer look at the claim that Christmas trees have pagan roots. The argument claims that Egyptians worshipped palm trees and Druids oaks, and these practices led to Christmas trees.

But the chronology makes no sense: the first documented Christmas trees date no earlier than the mid-15th century, A. D., many centuries after ancient Egyptian and Druidical religion had died out. So how did the practice, with all its sinister pagan elements, survive over the centuries?

The connection of Christmas trees to paganism exists only in the minds of those who want it to be true.

On the other hand, the ancient Romans did use evergreen wreaths to celebrate Saturnalia, and for that reason the Early Church did not use wreaths or evergreens as decorations. The Church also refused, for a time, to use candles or incense for precisely the same reason.

Likewise, Yule logs were a pagan custom intended to call back the sun on the Winter solstice, and holly and ivy were pagan symbols of fertility. Evergreens continued to be used as winter decorations in Scandinavia even after the region converted to Christianity, though the practice was reframed in Christian terms as a symbol of eternal life (more on that below).

None of this has anything to do with Christmas trees, however.

The connection of Christmas trees to paganism exists only in the minds of those who want it to be true.

The Origin of Christmas Trees

Rather than paganism, the most likely source of the Christmas Tree is the “Paradise Tree” from medieval mystery plays dealing with the Fall of Adam and Eve.

On Christmas Eve, which they called “Adam and Eve Day,” the Church would decorate trees with apples, later changed to balls, to symbolize the fruit of the Tree of the Knowledge of Good and Evil, as well as wafers to represent the Eucharist and thus the Tree of Life.

Initially, the trees remained outdoors, but by the 16th century in Germany and the Baltic, evergreen trees were being set up in people’s houses for Christmas. Medieval tradition associated the Cross with the Tree of Life. In fact, some medieval writers argued that the Cross was made from the wood of the Tree of Life.

Martin Luther added one element to the decorations on the tree. Coming home late one evening, he was so moved by the stars above the pine forests that he attached candles to the Christmas tree to try to convey the beauty of what he had seen to his family.

Christmas trees spread throughout Germany, and 300 years later the custom was brought to England in the Victorian Era, and from there became popular in the United States.

The bottom line here is that the pagan roots of our Christmas celebrations are greatly exaggerated. What few customs have survived from pagan times were more seasonal than religious and have been understood in Christian terms for centuries.

Christmas trees may not derive from paganism, but what about those practices that do have pagan roots, such as Yule logs, wreaths, and holly? Should Christians avoid them, even if for us they symbolize something totally different—eternal life through Christ—than what they symbolized for the pagans who originated the practices?

Although these things came from pagan traditions, their primary function was to mark the cycles of nature rather than to worship pagan deities. The early Christian missionaries in these regions were not shy about stamping out any sign of pagan worship, yet these managed to survive. This strongly suggests they were more seasonal than religious.

What religious implications they may have had were thoroughly Christianized—C. S. Lewis would probably say they were restored to their true meaning—so that evergreens, for example, represented the hope of eternal life in Christ rather than whatever religious significance they may have had in paganism.

The bottom line here is that the pagan roots of our Christmas celebrations are greatly exaggerated. What few customs have survived from pagan times were more seasonal than religious and have been understood in Christian terms for centuries.

So, rather than worrying about a potential pagan past, let us consider more deeply the meaning of these traditions in their Christian context, seeing in particular in the Christmas tree the promise of the restoration of our access to the Tree of Life through the Cross, the Tree on which Jesus was hung, which undoes Adam and Eve’s partaking of the fruit of the Tree of the Knowledge of Good and Evil.