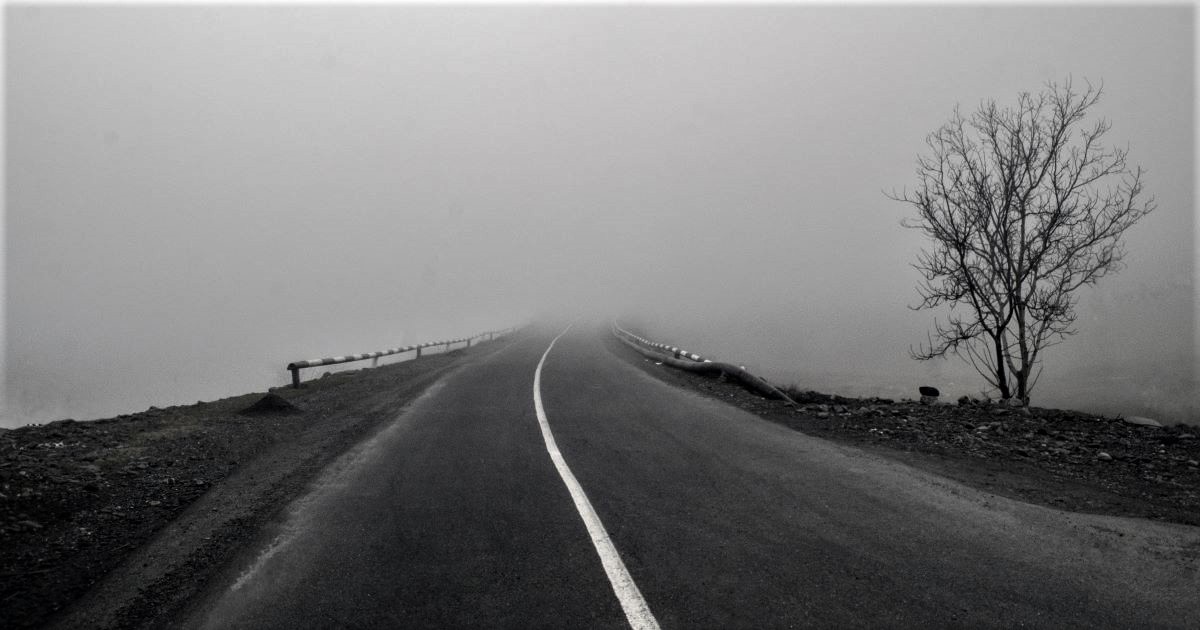 We all want progress. But progress means getting nearer to the place where you want to be. And if you have taken a wrong turning then to go forward does not get you any nearer. If you are on the wrong road progress means doing an about-turn and walking back to the right road and in that case the man who turns back soonest is the most progressive man. There is nothing progressive about being pig-headed and refusing to admit a mistake. – C. S. Lewis, The Case for Christianity

C. S. Lewis warned of the dangers involved in moving forward as an end in itself. Without knowing where we’re going we can’t very well know if what comes next is any better than what’s been left behind. What he could rightly critique in his day as merely “pig-headed” has become for us in ours a cardinal virtue.

In our cultural moment, we insist on changing the world for the better, but we’ve categorically rejected any belief that one path could be better than another. More than this, with no goal higher than “progress,” any change we work for today will inevitably be next on the chopping block tomorrow. We reject the lessons of the past as ill-equipped to the needs of the present, only to find that making progress in the future means rejecting our work of today.

Movements for social reform used to be about liberalism, with the focus on liberation and liberty, as in liber – Latin for free. The older, classical view was restorative. Human beings had certain rights and abilities, but these had been taken way, restricted by the powers of princes and priests and the like. The goal was to take away the artificial constraints and let God’s (or Nature’s) way flow.

The classical movements of liberalism like abolitionism, women’s suffrage, the Civil Rights Movement – all of these were rooted in recognizing the fundamental humanity and innate dignity of those being championed. And, not incidentally, a great many of these crusades were pioneered by Christians, Christians who wanted to allow God’s gift of human nature to flourish without the corrupting influences of tyrannical ideals. When people were free of their sin-sourced afflictions, they could freely live out their lives as God or Nature intended.

Over time, as belief in God faded, as well as, eventually, belief in any kind of objective, knowable reality, the quest continued, but the overarching parameters became fuzzy. If it was originally all about removing unnatural shackles so that nature could take its course, this required that there, indeed, was a nature, a certain way things ought to be.

But, problems soon emerged. Over time, as belief in God faded, as well as, eventually, belief in any kind of objective, knowable reality, the quest continued, but the overarching parameters became fuzzy. If it was originally all about removing unnatural shackles so that nature could take its course, this required that there, indeed, was a nature, a certain way things ought to be.

A nature that is simply liberated from external restraints is, philosophically, as confining as an artificial conservatism. If I am free of such constraints, I am still bound by my own limitations and innate characteristics. After all, restoration entails a “re,” a reverting back to a pre-existent thing, not moving forward to a . . . something. For the march of progress to continue, the act of freeing had to become more important than any particulars of who and what was being freed. Progress itself became the goal.

Progress to what? Well, that’s not too clear. There’s always another horizon of an endless liberation to attain. There’s always a way to be more progressive. In fact, it’s absolutely necessary to be in a perpetual state of flux, because once you’ve settled into one place, one position, one belief, you’ve abandoned the quest and become a reactionary.

Today’s champion of enlightened virtue will be tomorrow’s archaic throwback to a hideously hidebound conservatism. This is how Presidents Clinton and Obama could be heroes of the people in their terms of office but now would be shouted down in a Twitter-storm were they to espouse their views of just 10 and 20 years ago. This is how people scoffed at the suggestion that social acceptance of homosexuality would lead to anything more, but now you’re a bigot if you don’t support drag queen story hour at your local children’s library.

There’s no final destination, no goal, no endgame. Settled morality, objective natures, and ideological resting places – these are all regressive as they point to things which exist outside the control of the human individual and social progress.

There’s no final destination, no goal, no endgame. Settled morality, objective natures, and ideological resting places – these are all regressive as they point to things which exist outside the control of the human individual and social progress.

An ever-expanding autonomy is all that matters. The mother’s autonomy to live as she wants trumps the basic humanity of her unborn child. The transgender’s autonomy to live free of biological definitions trumps anatomy and genetics in forming identity. The sick person’s autonomy to live without pain trumps any virtue in enduring suffering or benefit to others of continued life. This is the endpoint of a God-emptied humanism. By removing God from the equation, we lose the dignity He grants to us as humans.

If we are to avoid this chaos, if we are to turn the tide in our own quest to end the culture of death, we must do more than win the battle over Roe v. Wade or work to reform broken systems and cultures. That’d be great, and we must all pray that the courts do reverse that vile verdict and that millions more can live in peace. But, there is more.

We must work to create a culture of life. We must remind the world that even as idolatrous and dehumanizing chains must be broken, seeking to be free of each and every objective feature of our existence is a path that leads to madness. We must tap into the desire to work for a better world but get it back on track by pointing to the reality of God, the goodness of His world, and the reliability of His Word.

We must tell better stories that will inspire the next generation of social reformers, not only because such tales are useful, but because they are true. We must point to the truths of the Bible which remind us that human beings possess a dignity that must be defended and an original sin nature that must be restrained. We must share with our neighbors that there once was a good world, and that even now it is being redeemed. We must tell them, and ourselves, the great story that God has not left us to our own devices. He has spoken in His Word and He even now works to restore His world.

[Editor’s Note: A version of this article was previously published at BreakPoint.]