The Reformation and Politics 2: Luther and the Two Kingdoms
Give today to learn what it means to be a thoughtful Christian!
Skip to content 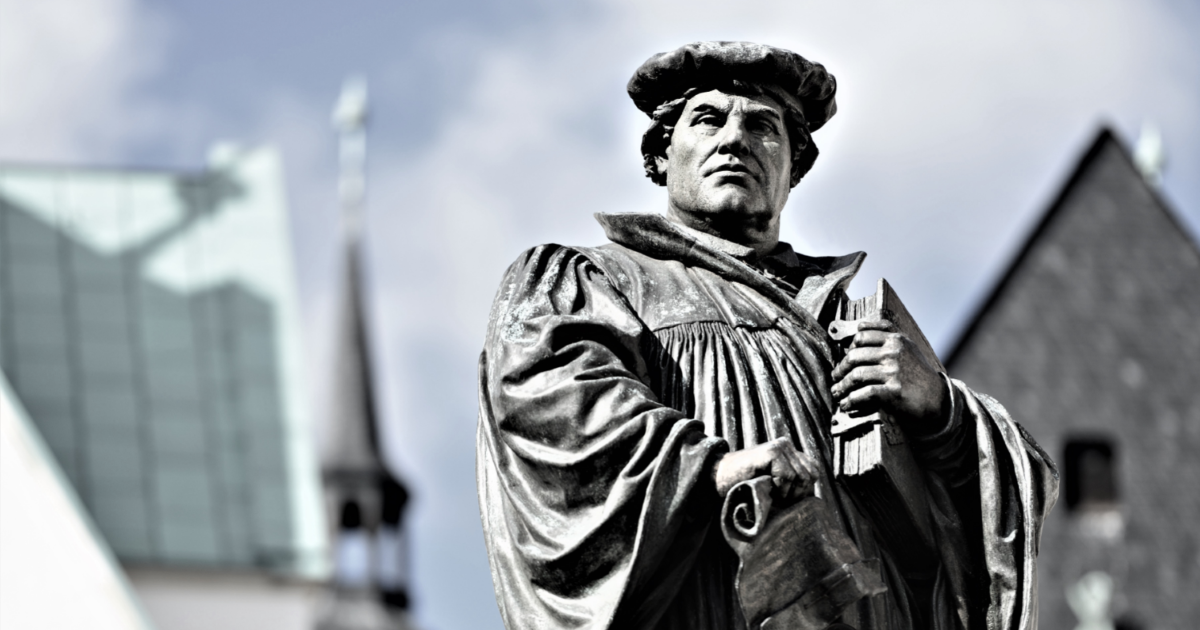 
The Reformation and Politics 2: Luther and the Two Kingdoms

Throughout the Middle Ages in Western Europe, the Catholic Church was deeply involved with civil government: Bishops and other ecclesiastical officials were often secular rulers, popes claimed authority over kingdoms, and concordats between the Catholic Church and the various kingdoms of Europe set up formal systems of relations between church and state.

With the advent of Protestantism, this situation had to change. Protestant states no longer recognized the spiritual authority of the pope, and there was no overarching authority in the Protestant world to replace him. As a result, new political theories dealing with church-state relations had to be developed.

The Two Uses of the Law

Luther believed that for a Christian, the Law served two functions. First, through fear of punishment, the Law restrained people from committing evil acts; in this context, Law would include both the biblical and civil law. Second, the Law shows us our guilt before our God and so drives us to the Gospel. Unlike the Law, which is based on obedience, the Gospel is based on grace coming to us entirely undeserved from God and operating in our life solely on the basis of faith. (Some later Protestants, particularly among the Calvinists, added a third use of the Law: It was a guide to right behavior. Luther rejected this idea, however.)

Luther’s conception of the church’s role in the Left-Hand Kingdom differed in one significant way from the Catholic view current in his day: The Left-Hand Kingdom, including the church, had authority to deal only with external behavior, not with conscience. The Catholic Church believed it had the right to enforce its beliefs and practices in society using the full coercive power of both church and state. Thus, inquisitorial courts ferreted out heresy, and the heretics were turned over to the state for punishment. Individuals could be excommunicated by the church and incur significant civil and legal penalties, and entire kingdoms could fall under interdict (i.e., mass excommunication) if the king defied the pope. All of that represented a use of force often applied to people simply based on their beliefs, their consciences, and the nonviolent actions that flowed from them.

Luther, himself excommunicated from the Catholic Church and subject to summary execution should he be found, did not believe that the church had the right to do any of this. Neither church nor state had the authority to bind consciences through demanding adherence to human laws, traditions, and practices, or by false teaching about works being necessary for salvation. Luther specifically had in mind practices like fasting, clerical celibacy, penance, or any other religious obligation not explicitly mandated by Scripture.

The rise of Protestantism also forced a reconsideration of the relationship of church and state. Luther’s doctrine of the Two Kingdoms suggested a solution: Since both church and state were part of the Left-Hand Kingdom, they could be brought together through the creation of state churches.

The idea of state churches wasn’t entirely new. For example, John Wycliffe in the 1300s and Jan Hus in the 1400s had advocated for national churches with greater state control over ecclesiastical affairs. Protestants took this one step further and functionally made the church a branch of the state.

This took a variety of forms. In Lutheran areas, the state handled administrative affairs for the church and, to a limited extent, regulated aspects of worship and doctrine, but otherwise left the churches to conduct their own business. In Calvin’s Geneva, pastors were paid civil servants, but the church had more autonomy in ecclesiastical matters. Where the government and the church shared legitimate responsibilities—in areas of social welfare and public morality, for example— they worked together; otherwise, they generally stayed out of each other’s way.

In many respects, Protestant state churches represented an inversion of the relationship between church and state that the popes had attempted to establish in the Middle Ages. The popes had claimed authority over the state and the right to supervise its work while allowing the states a good degree of autonomy in secular matters; with state churches, the state claimed the right to oversee the churches while allowing them a degree of autonomy in ecclesiastical matters.

Because of Luther’s insistence on freedom of conscience, the Protestant approach would eventually lead to separation of church and state, though that would have to wait for over 200 years before it was first formally put into law. But even before separation of church and state, some Protestant countries developed various forms of religious toleration. In certain places in Europe, especially in commercial societies such as the Netherlands where there were competing Christian sects, de facto toleration was well established long before the law caught up with local practice. This was largely a practical matter done to promote social stability, but only became necessary with the religious pluralism introduced by the Reformation. The breakup of Western European Christianity with the Reformation provided an opportunity for ideas about religious liberty, which had been largely buried in the Latin West in the wake of Augustine, to reassert themselves.

Calvin’s ideas about government developed in different directions than Luther’s and had a far-ranging impact on Western political theory. We will look at these in the next article.

Glenn Sunshine is a professor of early modern European history specializing in the Reformation at Central Connecticut State University and a senior fellow of the Colson Center for Christian Worldview.