Responding to the Kabul Suicide Bombing, Just War Theory, and Radical Gratitude - BreakPoint
Learn how to make abortion unthinkable by giving your gift of any amount today!
Skip to content 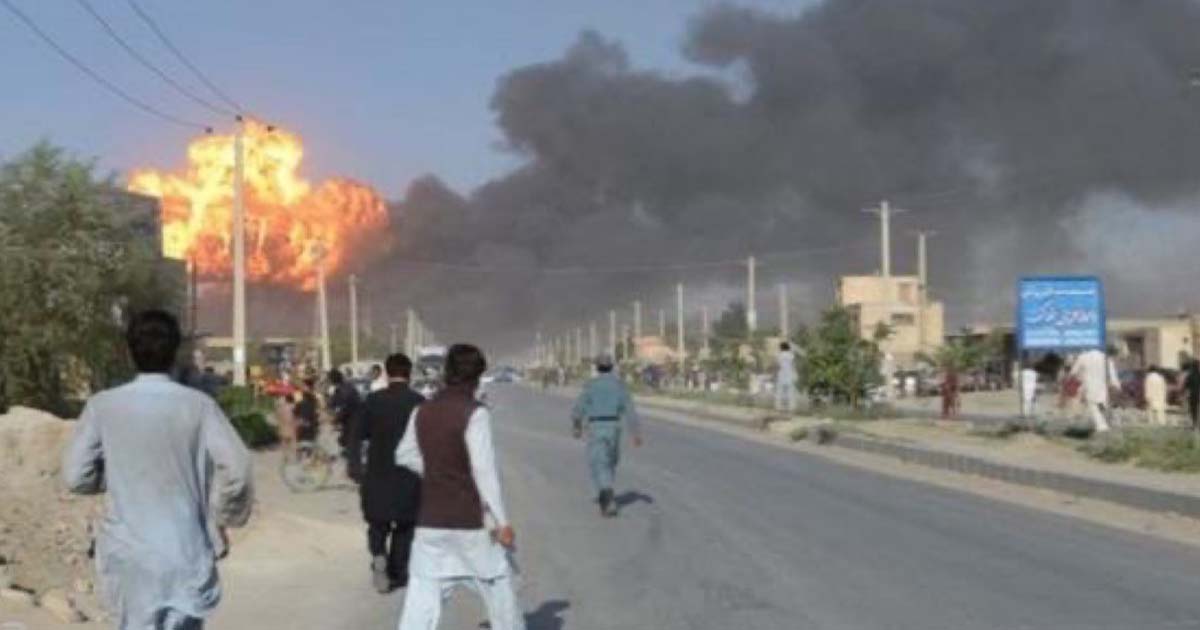 John and Maria discuss the top cultural moments from the week. That includes the suicide bombing at the Kabul airport, specifically the theological foundation to responding to an attack.

They also discuss a new phenomenon around gender pronouns and how students are being called to call out their pronouns as an icebreaker in school.

To close, John and Maria revisit a BreakPoint commentary from the week on gender transition surgeries. There has been a rise in the number of surgeries, even during the Covid pandemic when elective surgeries were largely delayed.

The Suicide Bombing in Kabul

There’s a long history of theological reflection that’s known as Just War Theory. It’s helpful, especially at times like these, when anger, hurt, and desire for retaliation overwhelm our senses. Acts of war should always be thought of only as extraordinary means, like surgery or chemo. War is only justified by a situation so bad that acts ordinarily unthinkable become morally obligated.

At least two explosions took place near the Kabul airport on Thursday as the US and other countries try to evacuate their citizens and Afghans at risk from the Taliban.

Three US officials and a source familiar with the situation said that, according to initial reports, there were some US personnel among the casualties.

The Crisis in Afghanistan And Humanity’s Capacity for Evil

The desperate scenes at the Kabul airport are hard to take in. To describe America’s exit strategy as “negligence” is charitable. More accurately, it’s somewhere between folly and abandonment. It’s the latest chapter in a war with, as Mindy Belz put it, “a history of political ambivalence.” Even back in 2006, one frustrated soldier described it this way: “We’re at war; America’s at the mall.” It may have been our culture of self-absorption that sowed such a catastrophic exit, but it’s the Afghan people who are reaping the whirlwind

Prayer is Doing Something

I saw a tweet recently from a mom that described this well. “Sometimes,” she said, “I’m mad at God that all he lets me do is pray about a situation that is out of my hands. I suppose that says more about me, and my frustration with prayer, than it says about God.”

A friend reminded me of a commentary by Chuck Colson from all the way back in 2005. It’s safe to say that it has aged well. Despite how much has changed and how much more chaotic the headlines might be today, the core truth underlying his commentary is the same. A posture of gratitude is one that recognizes Whose world this actually is, and how we fit in God’s overarching plan to make all things new.

The Myth of Family-Friendly Abortion

Planned Parenthood’s website says that “Deciding to have an abortion doesn’t mean you don’t want or love children. In fact, 6 out of 10 people who get abortions already have kids—and many of them decide to end their pregnancies so they can focus on the children they already have.”

Less than six percent of Medicaid-enrolled women had both births and abortions. As study lead, Dr. James Studnicki remarked: “…abortion is in no way typical of motherhood…the overwhelming number of children are born to mothers who never have an abortion.

It’s so strange that despite all the rationing we’ve been hearing about, there was a notable rise in so-called “gender confirmation surgeries” for women. These are procedures in which otherwise healthy body parts are removed from female patients suffering with gender dysphoria.

How Does the Women’s March Define What a Woman Is?
Joseph Backholm | What Would You Say? | January 22, 2020

Transgenderism Depends on Stereotypes
Joseph Backholm | What Would You Say? | January 15, 2020

The Fellowship of the Performing Arts

Bethany Bernard – All My Questions