Stephen Hawking's Accidental Apologetic - Breakpoint
Help make a bigger worldview possible for Christians around the globe with a year-end gift!
Skip to content 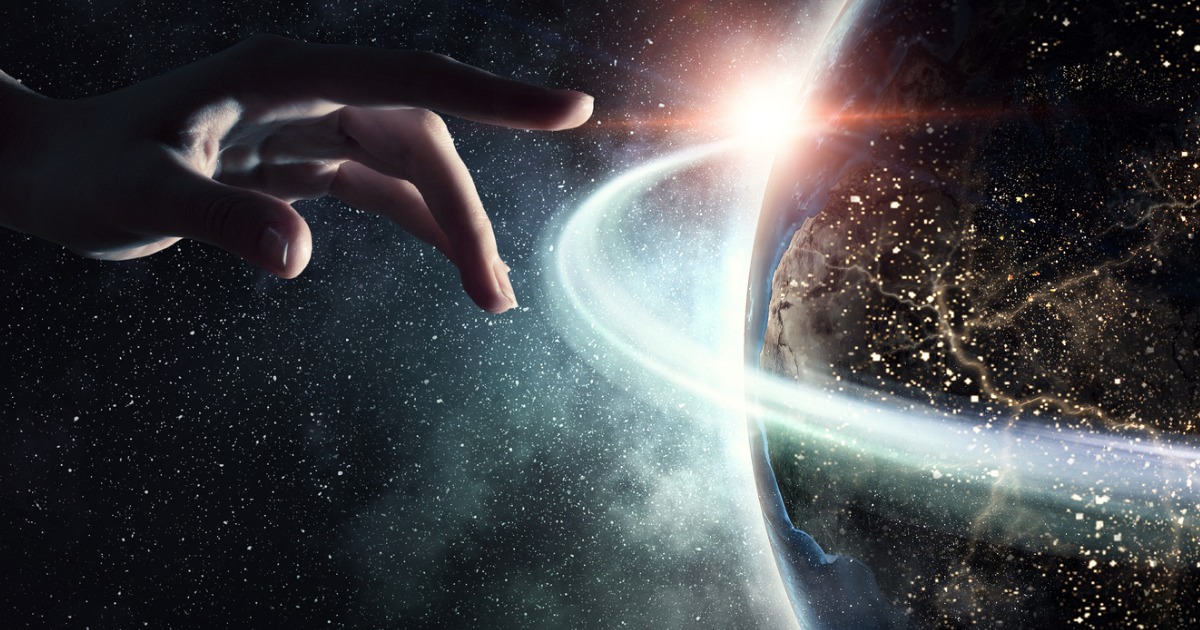 [Editor’s Note: This is the second in a two-part article discussing Stephen Hawking, Scientism, and Christian Faith. If you missed that one, click here to read it.]

Hawking and the Big Three

The acknowledged top three physicists in history are Isaac Newton, Albert Einstein, and James Clerk Maxwell. Soon, Hawking could be added as a fourth.

Newton (1643-1727), the greatest scientist of all time, considered his primary role in life as a servant of God. He wrote more about the Bible and religion than science.

Maxwell (1831-79), called “the man who changed everything,” laid the foundation for twentieth-century discoveries in physics. His work brilliantly demonstrated that light, electricity, and magnetism were manifestations of the same force. His Cavendish Laboratory at Cambridge was the world’s premier physics laboratory for over 50 years. A sign above the entrance declared, “Great are the works of the Lord; they are pondered by all who delight in them (Psalm 111:2);” a bold declaration of Maxwell’s Christian faith.

Einstein was more indebted to the genius and work of Maxwell than anyone else. He claimed he stood on the shoulders of Maxwell, not Newton, in the development of his understanding of the universe. Einstein was nuanced in his faith, he wrote: “I’m not an atheist, and I don’t think I can call myself a pantheist.” He encouraged philosophy and religion because they provided the imagination to understand the facts uncovered by science. “Science without religion is lame, religion without science is blind,” is one of his most well-known claims.

Atheists in his time tried furiously to reinterpret Einstein’s words on religion and faith – a tactic infuriating him:  “[T]he fanatical atheists…are like slaves who are still feeling the weight of their chains which they have thrown off after hard struggle. . . there are yet people who say there is no God. But what really makes me angry is that they quote me for the support of such views.”

“I regard the brain as a computer which will stop working when its components fail. There is no heaven or afterlife for broken down computers; that is a fairy story for people afraid of the dark.” - Stephen Hawking

Science Is as Science Does

Science is heady stuff. I remember in my own studies in Physics at the university, we students found that becoming familiar with the laws of nature made us quite arrogant. Stephen Hawking had the same experience, “If you understand how the universe operates, you control it, in a way.”

But the limitations of science and the scientific method are often ignored in public discourse. Hawking was quoted as saying, “When I was younger, I wanted to know how and why the universe works. Now I know how, but I still don’t know why.” Science can describe the law of gravity by demonstration and mathematics, for example, but these cannot explain why gravity works, or why it even exists.

While knowing how gravity works is interesting, science fails to address the most important questions we ask. Nobel laureate Sir Peter Medawar, admits, “The existence of a limit to science is, however, made clear by its inability to answer childlike elementary questions having to do with first and last things –questions such as `How did everything begin? What are we all here for? What is the point of living?’”

For creation, Hawking stated, “Because there is a law like gravity, the universe can and will create itself from nothing. . . Spontaneous creation is the reason there is something rather than nothing, why the universe exists, why we exist.”

As for the future, Hawking’s prediction is simple: “I regard the brain as a computer which will stop working when its components fail. There is no heaven or afterlife for broken down computers; that is a fairy story for people afraid of the dark.”

History has shown that nothing science discovers as true will contradict the Christ-centered worldview. The answer to the “why” questions fills both our mind and hearts with understanding. Astrophysicist and Nobel Laurette, Joseph H. Taylor says, “A scientific discovery is also a religious discovery. There is no conflict between science and religion. Our knowledge of God is made larger with every discovery we make about the world.”

Maybe the future will find that Stephen Hawking’s discoveries and theories create an environment where the existence of God is a reasonable alternative.

Now, here, as promised, is Hawking’s story of his Russian Bible-smuggling:

“I visited the Soviet Union seven times. The first time I went with a student party in which one member, a Baptist, wished to distribute Russian-language Bibles and asked us to smuggle them in. We managed this undetected, but by the time we were on our way out the authorities had discovered what we had done and detained us for a while. However, to charge us with smuggling Bibles would have caused an international incident and unfavorable publicity, so they let us go after a few hours.”

Maybe the future will find that Stephen Hawking’s discoveries and theories create an environment where the existence of God is a reasonable alternative.

In fact, Hawking’s final paper (with Thomas Hertog) makes an argument that if other universes exist, they must be limited in number. Their arguments fly in the high altitude of theoretical physics, but it is enough to say some who read their work were left scratching their heads. Science writer Philip Goff noted, (in an article titled, Did the dying Stephen Hawking really mean to strengthen the case for God?), “It is ironic that the atheist Hawking should, in his final contribution to the science, make God’s existence less improbable.”

He would say it was unintentional, but Hawking may be responsible for igniting the “light given to everyone” (John 1:9). Would it be surprising that Stephen Hawking could bring such light into the darkness? Sounds like smuggling Bibles into Russia.

Bill Brown, PhD, is the National Director of the Colson Fellows Program and the Senior Fellow for Worldview and Culture with the Colson Center.