Stress, Status, and Scripture - BreakPoint
Join us in helping to equip and renew the Church with a Christian worldview by giving before our fiscal-year ends!
Skip to content 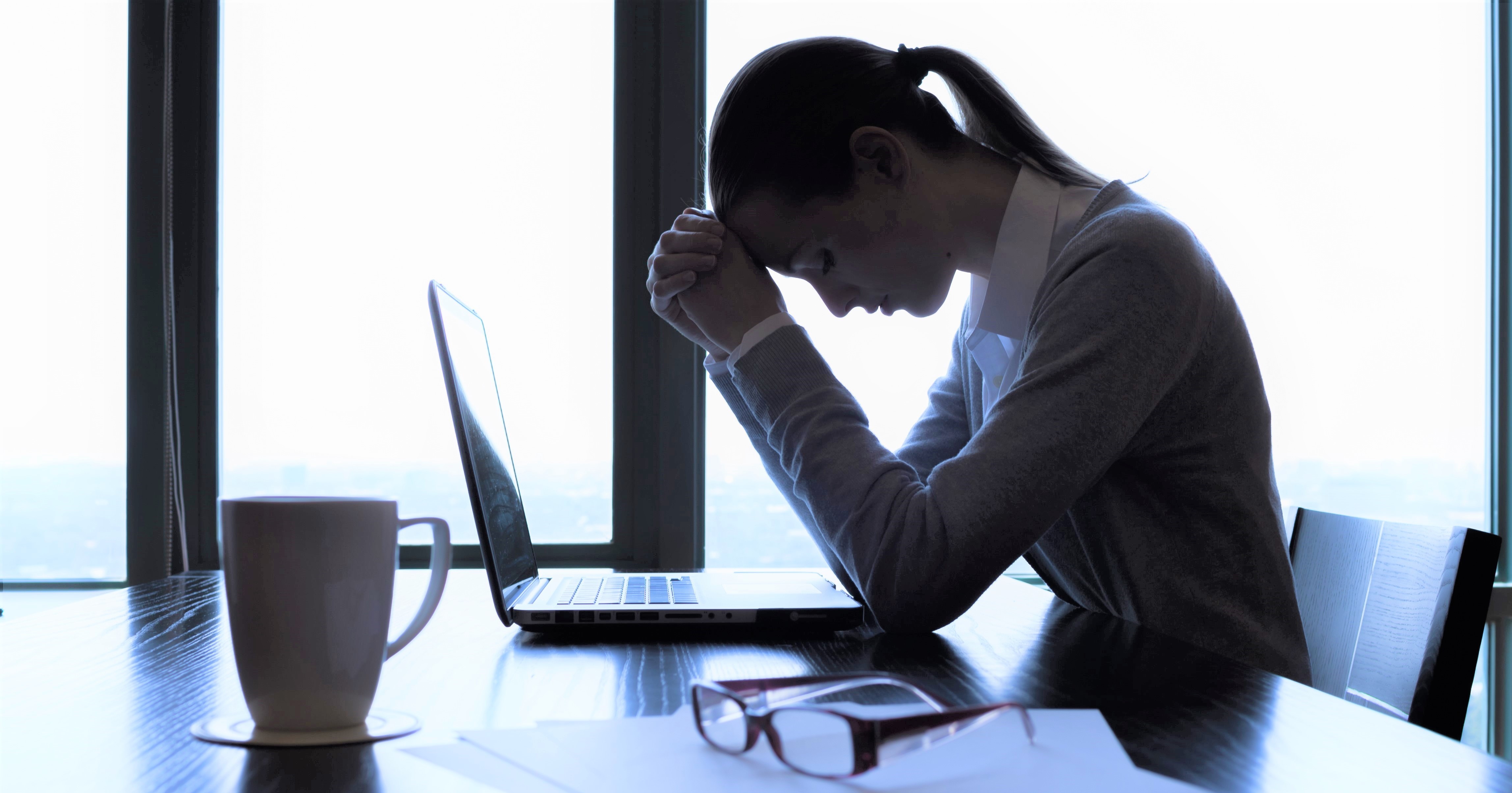 Stress is not a state of mind . . . it’s measurable and dangerous, and humans can’t seem to find their off-switch. Robert M. Sapolsky

As I have previously written, I read a lot. So, you might think that “shelter in place” and “social distancing” have been a boon for my reading.

That’s because I suffer from major depression and the past few months and the stress they have introduced into all our lives have not been good for those of us with mental illness.

Making matters even more delightful is that for many of us Spring and Fall are the worst times of year mood-wise. (Contrary to what you may have heard, Spring, not Winter, is the peak time for suicides, which puts the recent suicide of a prominent pastor in additional perspective.)

When a person is depressed, his ability to concentrate takes a hit and reading comprehension goes out the window. Potboiler thrillers are probably okay. Real fiction that includes three-dimensional characters, intelligent dialogue, and an actual plot becomes a chore to be endured in the name of honoring the Muses that inspired the work.

As for nonfiction, Fuhgeddaboudit.

But there are exceptions.

One such exception is the wonderfully-titled “Why Zebras Don’t Get Ulcers” by Stanford neuroendocrinologist Robert M. Sapolsky. Sapolsky, a former MacArthur Fellow, has written what is probably the definitive book on the effects of stress and our bodies, as well as our minds (and souls).

So, why don’t zebras get ulcers? Why do we?

The physiological answer is that “for the vast majority of beasts on this planet,” including zebras, “stress is about a short-term crisis, after which it’s either over with or you’re over with.”

A lion leaps out of the brush. Hormones trigger a series of physiological responses, such a rise in blood pressure, that help the zebra run away. If the zebra gets away, he doesn’t spend his time reliving the experience or anticipating the next one.

People aren’t zebras. Our sources of stress aren’t limited to short-term life or death crises, such as “hunger, injury, blood loss, or temperature extremes.” Thanks to our big, complex brains “we are smart enough to see [bad] things coming and, based only on anticipation, can turn on a stress-response as robust as if the event had actually occurred.”

Making matters even worse, we humans can “get into a physiological uproar and activate the stress-response for no reason at all, or over something we cannot do anything about.” We call these stress triggers “‘anxiety,’ ‘neurosis,’ ‘paranoia,’ or ‘needless hostility.’”

And that’s a problem because while we are “superbly adapted,” at least physiologically-speaking, to deal with “short-term physical emergencies,” such as being chased by obligate carnivores, “with sufficient activation . . . the stress-response can become more damaging than the stressor itself, especially when the stress is purely psychological.”

To put it plainly, “Stress increases your risk of getting diseases that make you sick, or if you have such a disease, stress increases the risk of your defenses being overwhelmed by the disease.”

Two obvious examples are hypertension and heart disease. “The cardiovascular stress-response essentially consists of making [your heart and blood vessels] work harder for a while, and if you do that on a regular basis, they will wear out.”

A less obvious example is depression. Does stress cause depression or are depressed people stressed out because they are “fighting an enormous, aggressive mental battle” that causes them to pump out stress hormones by the liter, even while they are sleeping, which leads to disturbing dreams?

To put it plainly, “Stress increases your risk of getting diseases that make you sick, or if you have such a disease, stress increases the risk of your defenses being overwhelmed by the disease.”

“‘Is what it is’ we say. No one should lose a friend that way.” Nahko.

For example, two studies of male British government workers, known as the “Whitehall Studies,” found that, contrary to expectations, mortality from stress-related illness, such as heart disease, was not more common among higher-status employees with more “responsibilities.”

Instead, “men in the lowest grade (messengers, doorkeepers, etc.) had a mortality rate three times higher than that of men in the highest grade (administrators).”

Why? While people continue to debate the findings, the consensus holds that stress is a function of status. The differences between those at the top and those at the bottom was “control over [their] destiny; the lower down you are in social class standing, the less opportunity and training you have to influence the events that impinge on your life, and that’s what is chronically stressing and sickening you.”

“Lower down” is, of course, relative. While the emotional and even cognitive toll of poverty should be obvious – as my late mother could testify, being working poor is exhausting in ways most people cannot or will not imagine – even well-paid workers can experience the status-related stress.

Thus, the doctors and lawyers one rung below the top of the British Civil Service hierarchy had mortality rates twice as high as those at the top.

There’s nothing “natural” or even inevitable about status and hierarchy of the kind of we moderns take for granted: It’s an artifact of fallen human nature. “Is what it is,” which is what our attitude amounts to, is a pathetic response to the countless lives needlessly cut short by the stress it creates. No one should lose a friend – or any other loved one – that way.

[F]or far too many Christians, particularly those in leadership, Jesus’ words to His status-chasing disciples don’t even rise to the level of guidelines, much less rules. They’re the kind of thing that inspires people to say things like “The Christian ideal has not been tried and found wanting. It has been found difficult; and left untried.”

“A dispute also arose among them as to which one of them was to be regarded as the greatest. But he said to them, ‘The kings of the Gentiles lord it over them; and those in authority over them are called benefactors. But not so with you; rather the greatest among you must become like the youngest, and the leader like one who serves.’” Luke 22: 24-26

As I said in my previous column, the tragedy is that the potentially most potent remedy to the toxicity of modern life that is (literally) killing us is to be found in the words of Jesus.

“Potentially” because for all the talk about “servant leadership” and other pious cant, for far too many Christians, particularly those in leadership, Jesus’ words to His status-chasing disciples don’t even rise to the level of guidelines, much less rules. They’re the kind of thing that inspires people to say things like “The Christian ideal has not been tried and found wanting. It has been found difficult; and left untried.”

Ask Rachel Denhollander or anyone else who has dared to challenge those who run many churches and parachurch organizations.

There are obviously exceptions, perhaps even many. But the failings are notable enough for many to credibly argue that American Christianity does not offer a credible alternative to the culture that is “chronically stressing and sickening” so many of us.

Likewise, “faithfulness, not success” makes for lovely needlepoint but can we honestly say that we live as if it were true?

To repeat myself, not providing that alternative culture has invited people to seek remedies for the stress elsewhere. To which I can only sadly say, “Is what it is, but it doesn’t have to be that way.”

In his first letter to the Corinthians, St. Paul calls us to a more excellent way. This too often untried way won’t be found by being conformed to the pattern of this world and lording our status over one another but by following the way of the Savior who laid aside more than any of us could ever imagine.