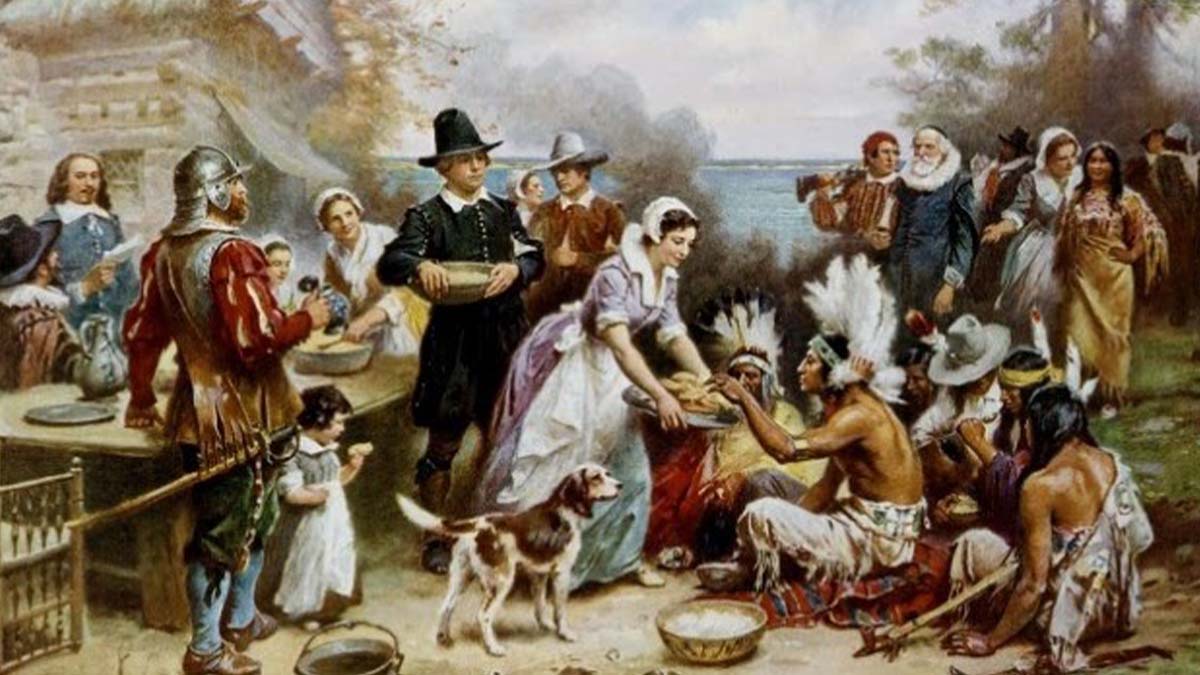 That’s a long way to introduce today, Thanksgiving, but it’s an important framework for understanding how God has moved and worked in human history. Years ago, on Thanksgiving, Chuck Colson told a story in a BreakPoint commentary. Here’s Chuck Colson:

No, I’m not talking about some revisionist, politically correct version of history. I’m talking about the amazing story of how God used an Indian named Squanto as a special instrument of His providence.

Historical accounts of Squanto’s life vary, but historians believe that around 1608, more than a decade before the Pilgrims arrived, a group of English traders sailed to what is today Plymouth, Massachusetts. When the trusting Wampanoag Indians came out to trade, the traders took them, imprisoned them, transported them to Spain, and sold them into slavery. It was an unimaginable horror.

But God had an amazing plan for one of the captured Indians, a boy named Squanto.

Squanto was bought by a well-meaning Spanish monk, who treated him well and taught him the Christian faith. Squanto eventually made his way to England and worked in the stables of a man named John Slaney. Slaney sympathized with Squanto’s desire to return home, and he promised to put the Indian on the first vessel bound for America.

It wasn’t until 1619, ten years after Squanto was first kidnapped, that a ship was found. Finally, after a decade of exile and heartbreak, Squanto was on his way home.

But when he arrived in Massachusetts, more heartbreak awaited him. An epidemic had wiped out Squanto’s entire village.

We can only imagine what must have gone through Squanto’s mind. Why had God allowed him to return home, against all odds, only to find his loved ones dead?

A year later, the answer came. A shipload of English families arrived and settled on the very land once occupied by Squanto’s people. Squanto went to meet them, greeting the startled Pilgrims in English.

According to the diary of Pilgrim Governor William Bradford, Squanto “became a special instrument sent of God for [our] good . . . He showed [us] how to plant [our] corn, where to take fish and to procure other commodities . . . and was also [our] pilot to bring [us] to unknown places for [our] profit, and never left [us] till he died.”

When Squanto lay dying of fever, Bradford wrote that their Indian friend “desir[ed] the Governor to pray for him, that he might go to the Englishmen’s God in heaven.” Squanto bequeathed his possessions to the Pilgrims “as remembrances of his love.”

Who but God could so miraculously convert a lonely Indian and then use him to save a struggling band of Englishmen? It is reminiscent of the biblical story of Joseph, who was also sold into slavery, and whom God likewise used as a special instrument for good.

Squanto’s life story is remarkable, and we ought to make sure our children learn about it. Sadly, most books about Squanto omit references to his Christian faith. But I’m delighted to say that my friend Eric Metaxas has written a wonderful children’s book called “Squanto and the Miracle of Thanksgiving.” I highly recommend it because it will teach your kids about the “special instrument sent of God,” who changed the course of American history.

Of course, the story of Chuck Colson is also a story of “a special instrument sent of God.” One of the things that I and all of my colleagues at BreakPoint and the Colson Center are thankful for, is how God redeemed Chuck’s heart and mind, re-aiming him to a life of humble service for prisoners and their families and teaching us to think and live like Christians.

And we are thankful for the encouragement and support that so many of you offer through prayer, notes, emails, social media comments, and gifts of support. Thank you for listening to BreakPoint. And from all of us at the Colson Center, have a blessed Thanksgiving.

Squanto and the Miracle of Thanksgiving
Eric Metaxas | The Children’s Storytime Bookshelf | November 23, 2021