The Danger of the Equality Act - Breakpoint
How can we respond to those around us with truth and love? Give today to receive this month's featured resource.
Skip to content 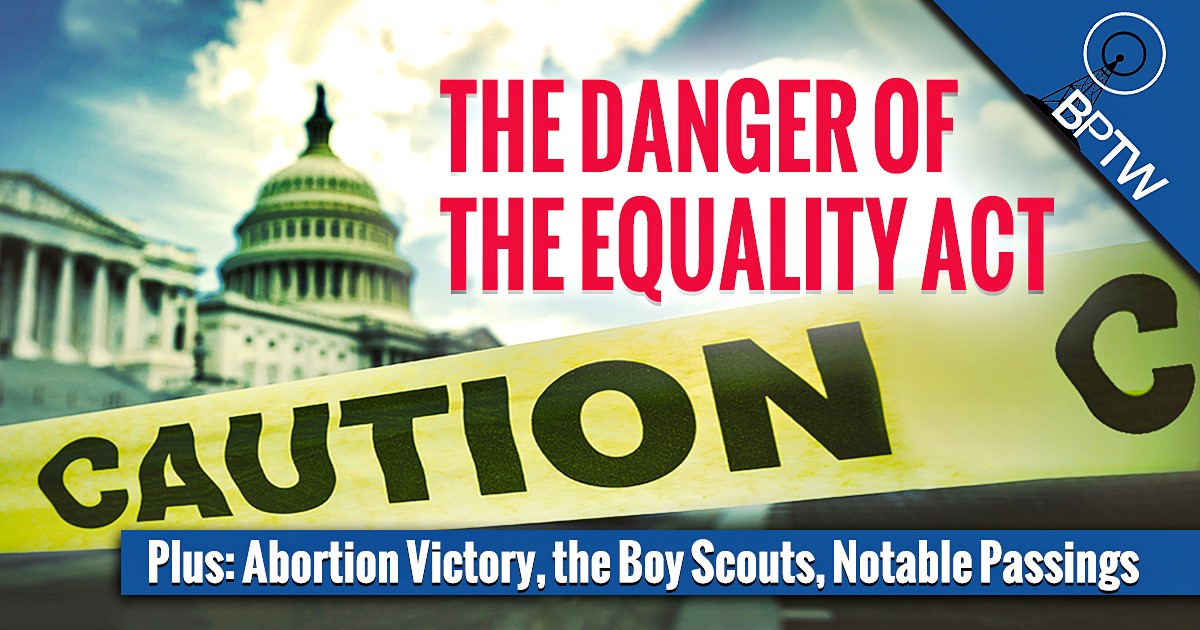 
The Danger of the Equality Act

John Stonestreet and Warren Smith discuss the dangers of the Equality Act, which would extend the federal level protections of Title VII of the 1964 Civil Rights Act to include sexual orientation and gender identity. Meaning that these would now be on the same protected level as race and religion. As Warren and John observe, this would be a grave threat to religious freedom, as it would equate those who want to defend traditional sexual morality with the likes of the KKK and white supremacists. It’s particularly alarming that the U. S. Chamber of Commerce is endorsing the act, which, as John says, could be a “game changer.”

Please, if you own a business, let the U.S. Chamber of Commerce know your objections. We have talking points for you in our resource section.