The Legacy of Watergate: 50 Years Later - Breakpoint
Help make a bigger worldview possible for Christians around the globe with a year-end gift!
Skip to content 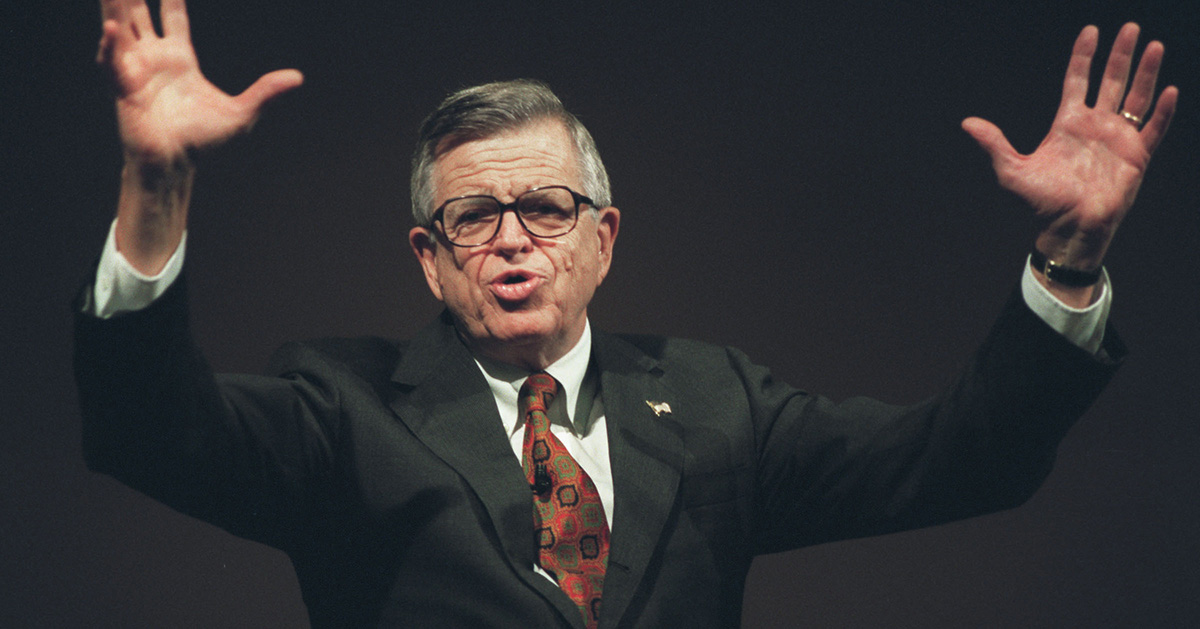 
The Legacy of Watergate: 50 Years Later

Watergate’s most important and enduring legacy, at least according to God’s economy, was one of redemption, not corruption.

Fifty years ago today, on June 17, 1972, operatives from President Nixon’s re-election campaign broke into Democratic Party headquarters at the Watergate Hotel. Were it not for a night guard who noticed that a door was taped open not once but twice, the most notorious political scandal in American history may not have been. But he did notice. Before it was over, an American president was forced to resign, and the standard was set by which all other scandals would henceforth be compared.

In “honor” of this dark anniversary, Starz TV has produced a miniseries recounting the events. There are many reasons I cannot recommend Gaslit, despite the fact that it has a first-rate cast, including Julia Roberts and Sean Penn as Martha and John Mitchell, and the unexpected choice of comedian Patton Oswalt as Chuck Colson. I must say Oswalt pulls off the look, especially the hair and glasses famously. What he doesn’t pull off is the voice or the order of events, and Chuck’s remarkable conversion is left completely left out.

Because of Watergate, the suffix -gate is now added to every government scandal, but that’s still the least of its legacies. The colorful cast of characters—the Mitchells, John Dean, G. Gordon Liddy (who is portrayed as an absolute crazy man in the Gaslit series), and others—were part of a story that marked the beginning of what is now a long history of growing institutional distrust in America. The timing and progression of the January 6 hearings are a case in point.

Even so, Watergate’s most important and enduring legacy, at least according to God’s economy, was one of redemption, not corruption. As Emily Colson, Chuck’s daughter and Colson Center board member, who experienced Watergate as a teenager forced to watch her father maligned, mocked, and sent to prison, recently wrote to me about the anniversary of Watergate:

“People have been asking if this is difficult for me. But it isn’t. The events 50 years ago feel more like a beginning than an end. It was the turning point that brought my dad to his knees. And in that, God has brought so much good.”

Chuck Colson certainly earned his early reputation as Nixon’s “hatchet man,” a tough, ruthless, and loyal operative. Even if you agreed with his politics, he wasn’t exactly known as a nice guy. Everything, however—and I mean everything—changed in the wake of Watergate.

As his career and reputation crashed around him, Colson came to his darkest hour. In August of 1973, friend and former client Tom Phillips led him to Christ. Though still today, some snidely suggest that Chuck’s conversion was a ploy to get out of prison, he gave his life to Christ even before he was considered a suspect in the Watergate investigation. And, of course, the conversion stuck throughout and after prison, and for decades of his life and ministry beyond.

The year after his release from prison, Chuck went back, and he kept going back, over and over and over, through the work of the ministry he founded to bring the Gospel to prisoners and their families. Today, Prison Fellowship operates in every state and many other nations besides, striving to rehabilitate the incarcerated, support their families, and bring about prison reform.

Later, Chuck would turn his attention, focusing on the calling of the Church to engage and restore culture,by embracing the fullness of a Christian worldview and courageously standing for truth. He founded Breakpoint, this commentary, to help Christians make sense of cultural events, and a program called Centurions—which has been renamed Colson Fellows—in order to equip Christians to go into their communities, stand for Christ, and bring about restoration.

Millions have been blessed in the wake of Chuck’s conversion. His story is like that of C.S. Lewis, Harriett Tubman, and so many others. It’s a story of what God can actually do through a “Life Redeemed,” a life fully and wholly redeemed.  In fact, here’s how Chuck described it, in his own words:

“The truth that is uppermost in my mind today is that God isn’t finished. As long as we’re alive, He’s at work in our lives. We can live lives of obedience in any field because God providentially arranges the circumstances of our lives to achieve His objectives.

And that leads to the greatest joy I’ve found in life. As I look back on my life, it’s not having been to Buckingham Palace to receive the Templeton Prize, or getting honorary degrees, or writing books. The greatest joy is to see how God has used my life to touch the lives of others, people hurting and in need.

It’s been a long time since the dark days of Watergate. I’m still astounded that God would take someone who was infamous in the Watergate scandal, soon to be a convicted felon, and take him into His family and then order his steps in the way He has with me.”

Fifty years after Watergate, headlines are still telling of government corruption and political abuse. Among the lessons we can learn from Watergate is that God is never stymied: He’s never frustrated in His purpose. Who knows whether 50 years from now, we’ll be thanking Him for another life, a different life, but one changed like Chuck’s was, even in the midst of cultural chaos. May it be so.