The Most Reluctant Convert’s Journey to Faith and to the Big Screen - BreakPoint
Join us in helping to equip and renew the Church with a Christian worldview by giving before our fiscal-year ends!
Skip to content 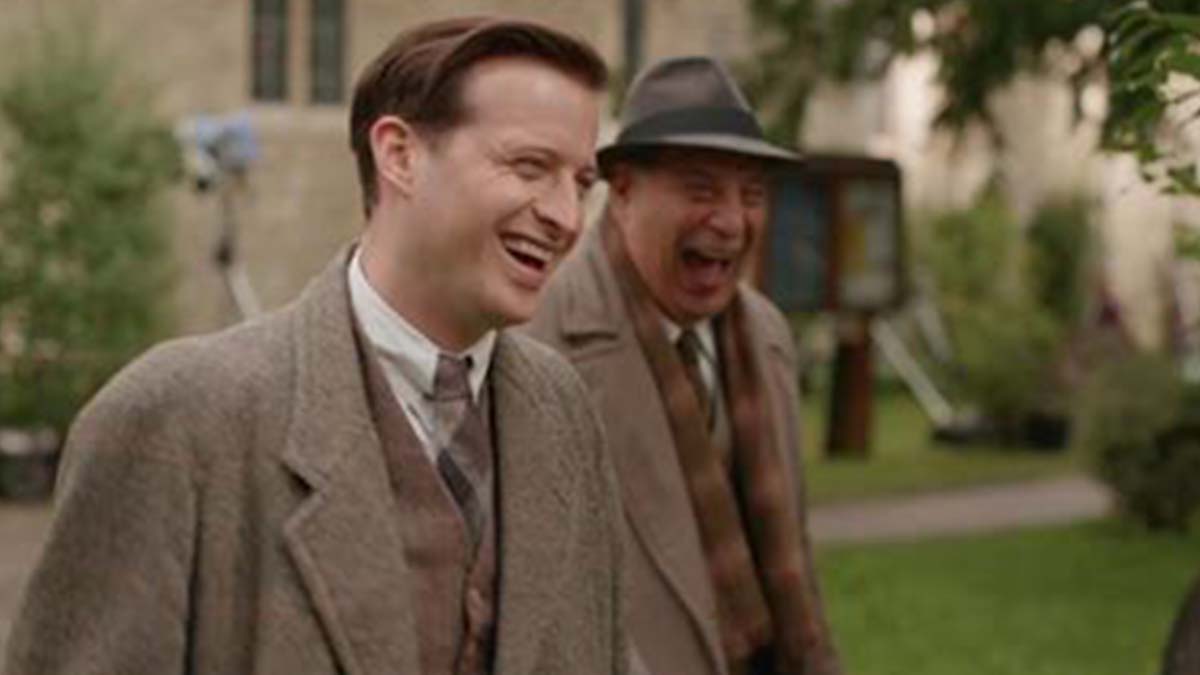 One line from C.S. Lewis’s autobiography Surprised by Joy is both simple and profound: “That which I greatly feared had at last come upon me. In the Trinity Term of 1929 I gave in, and admitted that God was God, and knelt and prayed: perhaps, that night, the most dejected and reluctant convert in all England.”

My friend Max McLean is bringing the story behind this line to life in his new film The Most Reluctant Convert. It premieres in select theaters across the country this Wednesday, November 3.

One of my favorite parts of the movie is the tour of Oxford at the start of the film. There’s something magical about seeing Lewis in the rooms, pubs, and streets where he roamed for most of his adult life. The city shaped him: it was his spiritual greenhouse, social club, and intellectual playground. In the film, we take tea with Lewis at “The Kilns,” his home of more than 30 years, share a pint with him in his favorite pub, and see him take communion in his tiny parish church.

Simply put, Max McLean’s portrayal of C.S. Lewis is incredible. For years now, McLean has been bringing Lewis’s life and work to the stage through The Fellowship for Performing Arts, based in New York. His love for the beloved author is obvious. He recently said, “Lewis is a hero of mine. I think he’s not just one of the greatest writers of the 20th century, but one of the greatest writers of all time.”

I agree. C.S. Lewis is a life worthy of appreciation, and The Most Reluctant Convert is a story especially appropriate for this cultural moment. Early in his life, Lewis experienced much of the joy and pain he would later write about, especially in the life and death of his mother. These memories were part of what drove Lewis to become an exceptional children’s author. He took the minds and hearts of kids seriously, famously saying that, “a children’s story which is enjoyed only by children is a bad children’s story.”

The lesson for us is that Lewis never talked down to kids, and we shouldn’t either. He wrote stories that dignified them as the image-bearers they are. Lewis called them to goodness over evil, and challenged their hearts and minds. As a result, his books continue to resonate today with children and their parents.

Another central theme in Lewis’s writing is friendship and, in The Most Reluctant Convert, we see why. Far from coming to faith in a vacuum, Lewis was guided to Christ through conversations with Owen Barfield, J.R.R. Tolkien, and Hugo Dyson. Each of these friends showed “Jack” (as they called him) the love of Christ, while steadfastly challenging his materialist ideas.

In fact, it was one particularly fateful afternoon walk, with his friend J.R.R. Tolkien, when a deeper aspect of Christianity driven home in Lewis’s heart and mind. The Gospels have all the qualities of the pagan myths he loved, with one essential difference: the Gospels are true. In the words of Tolkien, they are God’s “myth made fact.” In matching Lewis’s deep love for classic mythology with the wonder of Scripture, Tolkien found a bridge to his friend’s heart.

It’s tempting to think that these kinds of conversations are out of reach in an ideologically divided time like ours, but nothing could be further from the truth. Christians still have opportunities to choose friendship with the people God puts in our path, and to reach them through the common ground of imagination. We never know when we might be talking to the next C.S. Lewis.

Today, too, we need a revival of the Christian imagination. One of my favorite scenes in The Most Reluctant Convert is when Lewis reads George MacDonald’s Phantastes for the first time. MacDonald’s gripping imagery and deep love of goodness did something incredible for Jack, long before his conversion: it taught him to long for holiness. “That night,” he would write years later, “my imagination [was] baptized.”

That imagination was quickly linked to Lewis’s concept of joy: the longing for something deeper and better, and his desire for truth. In his words, it is “the scent of a flower we have not found, the echo of a tune we have not heard, news from a country we have never yet visited.”

In The Most Reluctant Convert, we see a young Lewis, an atheist, slowly drawn to the truth and beauty of the Gospel through his longing for joy. One of the best outcomes of this film would be Christians inspired to tell stories in the exact same tradition.

C.S. Lewis might have been “the most reluctant convert,” but that only makes what God did in and through him all the more incredible. His is a story worth telling and watching. Don’t miss your chance to see The Most Reluctant Convert this week. Its limited release in theaters starting November 3rd. You can get your tickets now at cslewismovie.com.

The Most Reluctant Convert The Movie