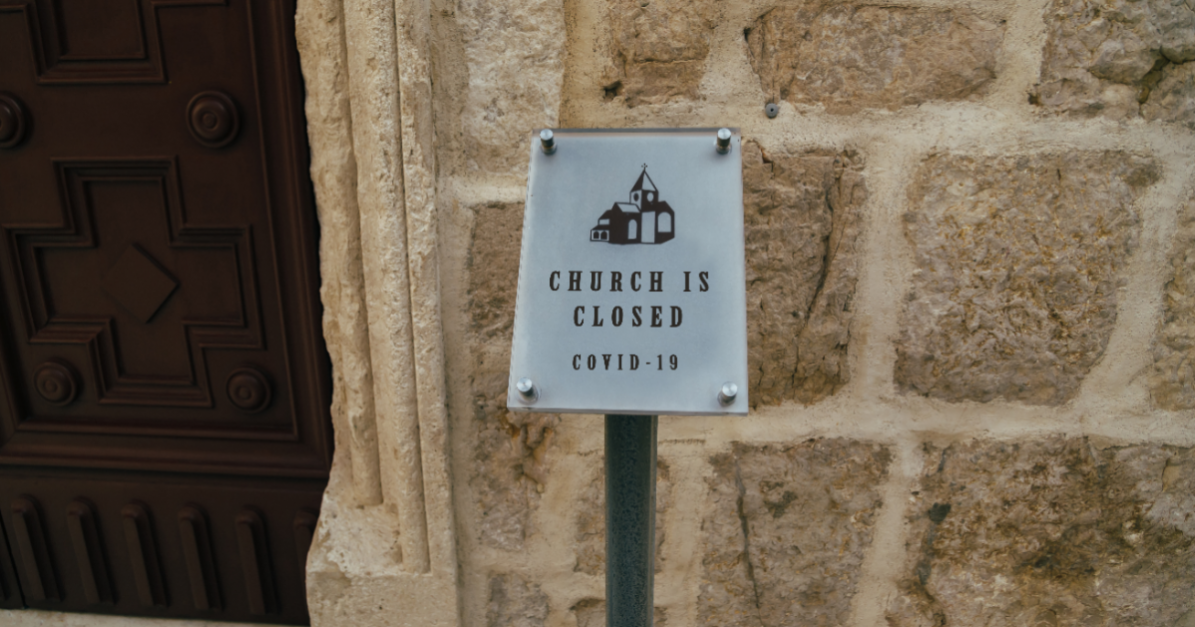 Worldview Lessons from the Coronavirus Pt. 5

Crises reveal much about us as individuals: our courage, our faith, our resiliency. They also reveal much about the health and strength of a community, a society, even a nation. Like that gold star or little yellow arrow on the map at the mall, certain moments in a crisis tell us, “You are here.”

Last week, New York Governor Andrew Cuomo was asked during a press briefing why the coronavirus infection rate was slowing in his state. Governor Cuomo said: “The number is down because we brought the number down. God did not do that. Faith did not do that. Destiny did not do that. A lot of pain and suffering did that.” To be clear, he wasn’t asked about God or prayer, he just said it. This was a “you are here” moment for us.

After all, acknowledging God and providence has been a common theme throughout our nation’s history, whether through declaring solemn days of prayer and fasting in the midst of a crisis or a day of thanksgiving after. Today, it’s more common for officials to just ignore God and any role He might play in our world.

But there’s a world of difference between leaving God unmentioned and outright denying He deserves any credit at all for anything, from miraculous intervention to strengthening medical professionals to acknowledging He gave some the minds to develop therapies and technologies.

Even more telling, other than a few atheist “amens,” Governor Cuomo’s comments didn’t even make much of a stir. It’s almost as if his words were the culmination of the last few years, where the “don’t offer us prayers and thoughts, just do something” response to other tragedies moved from Twitter to media personalities to elected officials.

Cuomo’s comments, even more than any open hostility against religion we might see, reveal that a certain kind of secularism is now firmly embedded in our culture. To be clear, this isn’t the kind of secularism that takes Christianity and its claims about truth and morality head on, but the kind that dismisses and relegates them as personal, private commitments, irrelevant to public life and maybe even in the way. Despite being Catholic, the Governor seems to believe we live in a world where, at the end of the day, it’s our efforts, our knowledge, and our will that will see us through this and any future pandemics.

Though President Trump recently declared a “National Day of Prayer for All Americans Affected by the Coronavirus,” it’s clear that, as a people, we don’t take seriously God’s place in this world anymore, beyond being a source of personal encouragement and maybe inspiration. We are no longer the kind of people who really turn to God in times of trouble.

The growing conflict between churches and local governments only confirms this analysis. I’m thinking, for instance, of the people ticketed and fined for attending a drive-in church service, while fully complying with social distancing guidelines, listening to the sermon on radio in the church parking lot with windows rolled up. And this was in Mississippi.

Apparently, the mayor, like so many other officials we are hearing about, had signed an order deeming churches “non-essential.” Though he reversed course (thanks to the Alliance Defending Freedom, the Justice Department, and public backlash), the larger point is that the church has long been relegated to the category of “non-essential” for so much of our lives as Americans, well before COVID-19. What else can explain the fact that in most states and according to many judges, abortion is an essential service, but worship is not?

Long gone are the “Little House on the Prairie” days, where churches were central to life in American communities, when school, community meetings, festivals, and local governments all happened at the church; where sermons were printed in newspapers and pastors were community leaders.

How churches became non-essential in our cultural imagination is quite a long story, but the primary fault is our own. If we think and talk of our faith as if its grounded in personal experience only instead of universal truths about the world, if Christianity is described within our own walls as an alternative self-help therapy, then we haven’t done such a great job catechizing our own people as to why Church is “essential.”

C.S. Lewis pointed out that people shouldn’t become Christians to be happy, since a good bottle of port can do that. In the same way, Christians shouldn’t go to church if there’s nothing there that they can’t get online, or in a fun reading club, or on a TED Talk, or at an AA meeting. In other words, if the Church is already non-essential to Christians, a pandemic is more than enough to make it official.

We Can Only “Imagine” a Utopia: Worldview Lessons from the Coronavirus Pt. 1

Deciding Who Gets Treated and Who Doesn’t: Worldview Lessons from the Coronavirus Pt. 2

Gender Transition Surgeries in a Global Crisis: Worldview Lessons from the Coronavirus Pt. 3

The Viral Pandemic of Distrust and Misinformation: Worldview Lessons from the Coronavirus Pt. 4