The Philadelphia Statement: A Call for Civil Discourse - BreakPoint
Skip to content 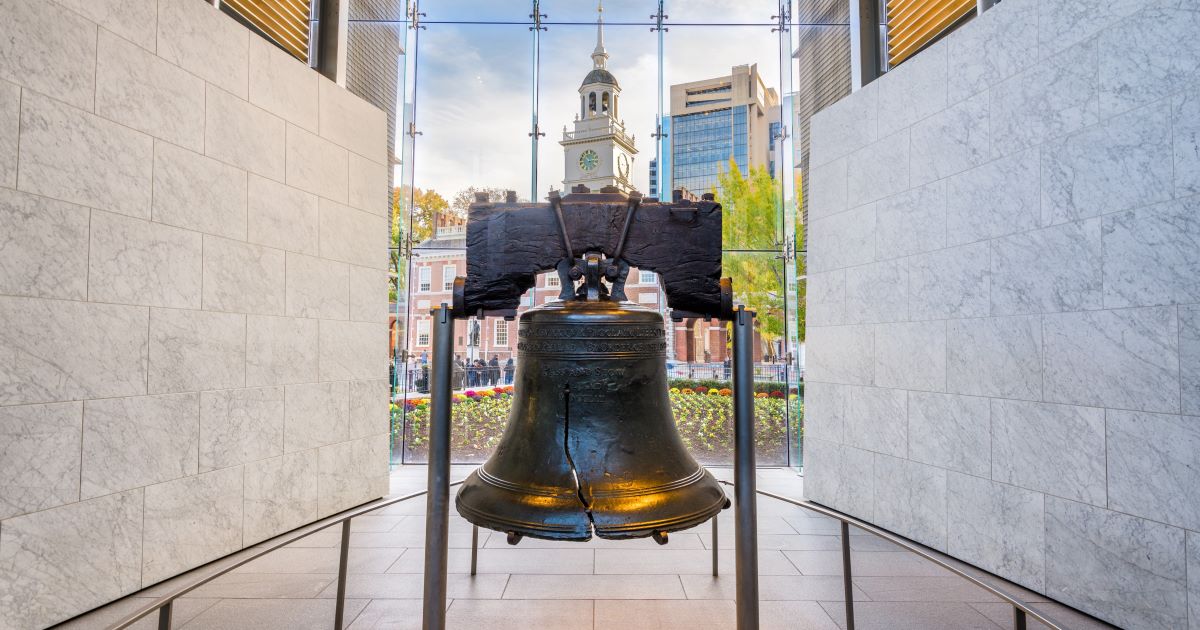 
The Philadelphia Statement: A Call for Civil Discourse

The Philadelphia Statement is a declaration issued by those concerned about the plight of public discourse in our day. With ideological opponents cancelling one another, the time has come to remember our culture’s first principles.

Given the dire nature of the situation, John Stonestreet has joined in with this project.

In the words of the preface, “The Philadelphia Statement is a call to all Americans to preserve the freedom to disagree openly, while maintaining the possibility of a shared future alongside those with whom we differ. This is what the framers achieved in Philadelphia at the founding, and it is what we must now work to restore amid these challenging times in or country.”

You see more about the statement and its signatories by going to the website.

Social Media mobs. Cancel culture. Campus speech policing. These are all part of life in today’s America. Freedom of expression is in crisis. Truly open discourse—the debates, exchange of ideas, and arguments on which the health and flourishing of a democratic republic crucially depend—is increasingly rare. Ideologues demonize opponents to block debates on important issues and to silence people with whom they disagree.

We must ask ourselves: Is this the country we want? Surely not. We want—and to be true to ourselves we need—to be a nation in which we and our fellow citizens of many different faiths, philosophies, and persuasions can speak their minds and honor their deepest convictions without fear of punishment and retaliation.

If we seek a brighter future, we must relearn a fundamental truth: Our liberty and our happiness depend upon the maintenance of a public culture in which freedom and civility coexist—where people can disagree robustly, even fiercely, yet treat each other as human beings—and, indeed, as fellow citizens—not mortal enemies. “Liberty is meaningless where the right to utter one’s thoughts and opinions has ceased to exist,” Frederick Douglass declared in 1860. Indeed, our liberal democracy is rooted in and dependent upon the shared understanding that all people have inherent dignity and worth, and that they must be treated accordingly.

A society that lacks comity and allows people to be shamed or intimidated into self-censorship of their ideas and considered judgments will not survive for long. As Americans, we desire a flourishing, open marketplace of ideas, knowing that it is the fairest and most effective way to separate falsehood from truth. Accordingly, dissenting and unpopular voices—be they of the left or the right—must be afforded the opportunity to be heard. They have often guided our society toward more just positions, which is why Frederick Douglass said freedom of speech is the “great moral renovator of society and government.”

The American tradition of freedom of expression, complete with its attendant responsibilities, is our school for democratic citizenship. It trains us to think critically, to defend our ideas, and, at the same time, to be considerate of others whose creeds and convictions differ from our own. It enables us to learn from, and peacefully live with, one another despite differences. It further instills in us an understanding that the mere exposure to ideas we find offensive is not an act of “violence.” And it admonishes us that if we value the freedom of expression, we must extend the same measure of freedom to others, even to those whom we believe have gone very wrong in their thinking.

Tragically, we are losing these defining features of our democracy. Common decency and free speech are being dismantled through the stigmatizing practice of blacklisting ideological opponents, which has taken on the conspicuous form of “hate” labeling. Responsible organizations are castigated as “hate groups.” Honest people of good faith are branded “hate agents.” Even mainstream ideas are marginalized as “hate speech.” This threatens our ability to listen, discuss, debate, and grow.

Blacklisting is spreading. Corporations are enacting “hate-speech” policies to protect people from “wrong” and “harmful” content. Similarly, colleges and universities are imposing speech regulations to make students “safe,” not from physical harm, but from challenges to campus orthodoxy. These policies and regulations assume that we as citizens are unable to think for ourselves and to make independent judgments. Instead of teaching us to engage, they foster conformism (“groupthink”) and train us to respond to intellectual challenges with one or another form of censorship.

Humanity has repeatedly tried expunging undesirable beliefs and ideas. What self-appointed speech arbiters, whether in the majority or in the minority, fail to grasp is that they will likely eventually become the targets. The winds inevitably shift, sometimes rapidly. The question is whether civility norms and free-speech safeguards will remain in place to protect them, or whether they will become victims of the dangerous precedents they themselves have established and advanced.

To be sure, our free speech tradition is not absolutist. It does not embrace certain, limited categories of speech, such as defamation, obscenity, intimidation and threats, and incitement to violence. Yet the idea of “hate speech” exceptions to free speech principles is foreign to our free speech ideals, impossible to define, and often used by those wielding political, economic, or cultural power to silence dissenting voices. That is why we must favor openness, to allow ideas and beliefs the chance to be assessed on their own merits; and we must be willing to trust that bad ideas will be corrected not through censorship but through better arguments.

If we seek to change our country’s trajectory; if we desire unity rather than division; if we want a political life that is productive and inspiring; if we aspire to be a society that is pluralistic and free, one in which we can forge our own paths and live according to our own consciences, then we must renounce ideological blacklisting and recommit ourselves to steadfastly defending freedom of speech and passionately promoting robust civil discourse.