The Quiet Death of Progressive Inevitability - BreakPoint
Skip to content 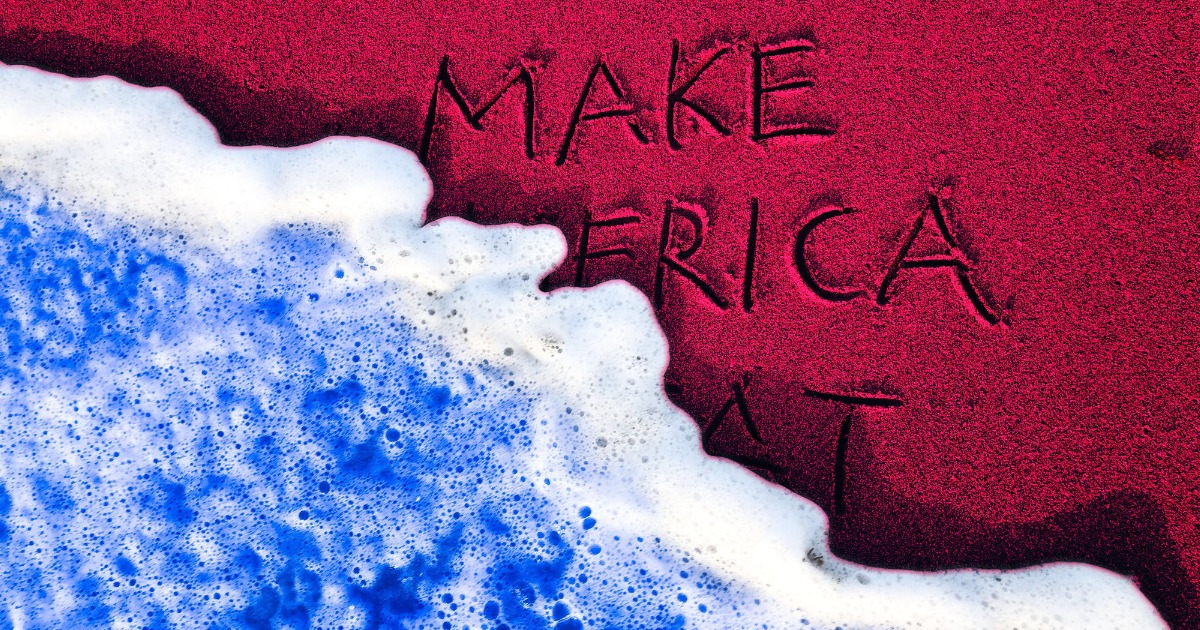 
The Quiet Death of Progressive Inevitability

This morning, all Americans, but especially progressives, faced a simple reality: the deplorables aren’t going anywhere. Over the past two years, urban pundits have prophesied the coming backlash against Trump’s presidency, which they see (at the moderate end) as an electoral fluke, and (at the extreme end) as a usurpation. Consider the attacks on the legitimacy of the 2016 election, the fixation on the president’s job approval rating, the costumed, live-action role-playing on Capitol Hill, and the attempts to spin every leftward twitch in off-year elections as a national referendum. A certain segment of cosmopolitan influentials appear to have convinced themselves that Trump’s government and the culture it represents are an accident, and that a silent majority of Americans would rise up like a blue wave this month and rebuke it.

Last night, that wave failed to crest. As USA Today quipped, playing off the Babylon Bee, the midterm results turned out to be more of a purple puddle. Yes, the Republicans lost substantial power. Democrats picked up 27 congressional seats (with more likely on the way) giving them control of the House of Representatives. But the GOP tightened its grip on the Senate, winning at least two new seats, promising smooth confirmation for future judicial nominees. Many state races featuring up-and-coming liberal stars also went to Republicans, like the governor’s race in my home state of Florida.

It turns out Trump’s Republican Party has more midterm staying power than the parties of either Barack Obama in 2010 or George W. Bush in 2006. The decent economy and lack of war surely have something to do with this. But voters did not reject Trumpism yesterday. At best, they gently chastised it.

The reaction on the left has been despondent. Twitter is sagging under the weight of progressive disappointment, with several commentators I follow declaring a loss of faith in our political process and in the American people. Even in the aftermath of what was technically a decent night for Democrats, expectations have been dashed, because what progressives wanted wasn’t a decent night. They wanted a crushing rejection of the president and his party—not just a blue wave but a turning-of-the-tide when the good guys finally start winning, again.

To understand this puzzling reaction, you have to remember that today’s progressivism is an ideology of moral inevitability. It is built on the belief that history bends toward one side of the aisle. The demographic argument has played a key role in reinforcing this myth. Millennials and Generation-Z kids are disproportionately liberal, the argument goes, and so are the immigrants who make up an increasingly large segment of the electorate.

Once the old, white men die off, the story has it, America will become a one-party country. Obama’s election sent confidence in this forecast through the stratosphere. It was the first fulfillment of prophecy. By the time gay marriage became law, the progressive sense of inevitability had reached febrile temperatures. New identities, grievances, and social causes came scampering out of left-wing breeding grounds to become the next judicially-solemnized lifestyle. The desire to crush all resistance was openly entertained.

But in the course of this, progressives became very bad at actually understanding non-progressives. As Jonathan Haidt demonstrates in his book, “The Righteous Mind,” the post-Obama left is remarkably (and ironically) closed-minded compared with conservatives. And the intellectual isolation doesn’t go both ways. Haidt found that, when asked to pretend they were progressives, conservatives did a strikingly good job at predicting the attitudes and moral beliefs of their political opponents. Progressives, on the other hand, were terrible at accurately identifying the motives of conservatives. He writes:

“The biggest errors in the whole study came when liberals answered the Care and Fairness questions while pretending to be conservatives. When faced with questions such as ‘One of the worst things a person could do is hurt a defenseless animal,’ or ‘Justice is the most important requirement for a society,’ liberals assumed that conservatives would disagree.”

In other words, those on the left don’t just lack an accurate understanding of those on the right. They are convinced that conservatives are evil. Haidt’s isn’t the only research to reach this conclusion. When put to the test, progressives consistently display a low estimation of those with opposing worldviews, and an inability to see beyond their self-understanding as the protagonists of the American story.

Of course, we know this. It’s why I opened this piece with a callback to the former secretary of state’s “deplorable” dig at conservatives. Hillary Clinton built her 2016 campaign on this sense of progressive inevitability and righteousness, boldly relegating Trump’s supporters to the dustbin of history. And then she lost. The blue bubbles that encase our biggest cities were subsequently thrown into turmoil. But rather than reassess the myth of inevitability and set more realistic and sober goals, many on the left chose to double down on their insularity and fury toward Americans outside of metropolitan echo chambers.

They started the “resistance.” They started dressing up as characters from “A Handmaid’s Tale.” They fantasized about impeaching Trump. They compared themselves to Harry Potter and his friends defying the Dark Lord Voldemort’s tyranny. Surely 2018, they reasoned, would vindicate the rightness of their cause and get progressives back on track toward inheriting the earth. That was, after all, what the myth of inevitability said would happen.

And then last night it didn’t, again. Instead, the results looked like a historically mild midterm correction—not a drubbing by any stretch of the imagination. Now progressives, newly endowed with a chamber of Congress but unhappy with their prize, must make a choice. They must decide whether to triple down on the myth of inevitability or face the facts that 2016 was not a hiccup, that we are not in the late stages of a blue takeover of America, that history does not owe one party victory simply for donning a getup from a Hulu drama, and that dismissing half the country’s voters as irredeemable is not a recipe for winning a permanent majority.

I write all this as a longtime critic of Trump and the direction he has taken the Republican Party—from the protectionism, porn, and pettiness to the scapegoating of immigrants, the cult of personality, and the ambivalence toward truth—I have no strong affection for the man or his style. But despite my misgivings, and despite the hysterics of the left, Republicans are clearly not a dying party. They have tapped into a segment of the electorate who before either voted Democrat or stayed home. And members of this segment just proved again that they are willing to get in line and vote, even for the party on the wrong side of history.

Elections
History
Midterms
Politics
progressivism
The Right Side of History