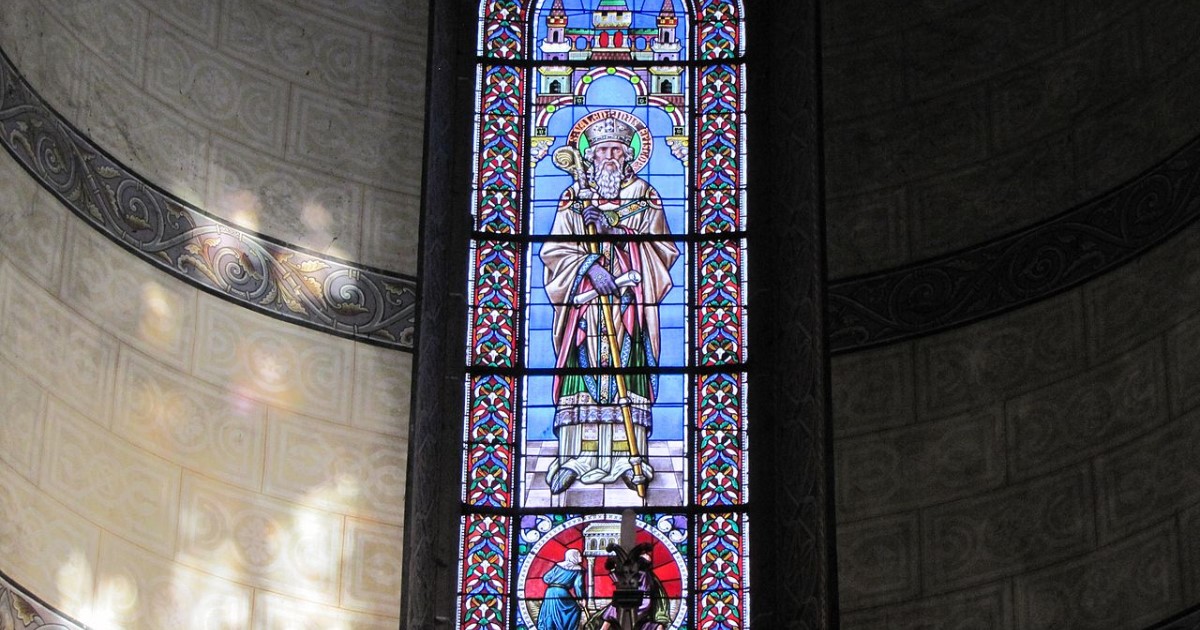 Remember the good old days, when Valentine’s Day was simple? A nice card, some flowers, maybe a box of chocolates…

These days, voices everywhere tell us that we dare not settle for such mundane gifts for that special someone. “Forget the chocolates and flowers,” says the Today Show. “Think creative and thoughtful.”

To help, they came up with their “Top 10 hottest gifts” for Valentine’s Day. For the guys? How about a heart-shaped box of beef jerky, or perhaps a bouquet of salami (I’m not kidding). For the ladies, they suggest a pair of Spanx Faux Leather Leggings or bubble-gum colored slip-on sneakers. Or couples might “gift” each other a heart-shaped waffle iron, or a “touch bracelet set” so you can send each other digital love messages that “vibrate and light up.”

Attempts to commercialize romantic love, what the Greeks called eros (more on that in a moment), is nothing new. But it’s quite clear that, in our Valentine’s Day traditions, we’ve lost the history of what was, historically, a feast day of the Church: The feast day of the third-century Christian martyr, Valentinus of Rome.

While not a lot is known about Valentinus, the most-widely accepted version of his martyrdom is that he ran afoul of emperor Claudius II. Believing that “Roman men were unwilling to join the army because of their strong attachment to their wives and families,” Claudius banned marriage.

Valentinus defied the emperor by marrying couples in secret. He was caught and executed for his crimes. Whether the story happened exactly that way, every ancient reference to Valentinus associates February 14th with his martyrdom and sacrifice.

Romantic love, what C.S. Lewis called “Eros,” is by no means a wrong or sinful expression of our humanity. In fact, it’s a gift from God. As Lewis wrote in “The Four Loves,” when rightly ordered, eros causes us to toss “personal happiness aside as a triviality and [plant] the interests of another in the center of our being.”

Romantic love can be, as Lewis put it, “a foretaste, of what we must become to all if Love Himself rules in us without a rival.”

In other words, there is a proper place for eros … not as an end in and of itself, but as a means. Eros points beyond itself, and points our hearts beyond ourselves, to a higher love, agape, a love that can only come from God Himself.

The imminent season of Lent turns our focus toward that total self-giving love of God, the love that caused God to become man, to live and die as one of us, for our sakes, despite our sin and rebellion.

The sexual revolution has, in so many ways, disordered eros, not only treating it as an end instead of a means, but also twisting it to such a degree that it is no longer selfless and life-giving. At the very least, eros offers another opportunity for retailers and advertisers to cash in, at its worst, eros devolves into a sort of mutant sensuality that brings so much selfishness, damage, and brokenness to our culture.

The true meaning of Valentine’s Day reminds us that there’s so much more to life than sensual pleasures, more than salami bouquets or bubblegum slip-ons, more to love than the shriveled-up version that has captivated our Western imaginations.

The feast of St. Valentine should lead us to reflect on the wonder and nature of God’s love for us, and inwardly reflect on whether and how it is shaping us, and how from that love, we are able to love God and to love others. Valentinus’s response to God’s love was to give up his own life, in an attempt to re-order that which what was being disordered by the emperor.

For us too, like Valentinus, a similar kind of “death” is required if we are to embrace God’s love and return it to Him and our neighbors. We are asked to die to self, which will include a death to the desires that our culture treats as ultimate.

Now, of course, none of this lets us off the hook with our wives. So guys, don’t forget the flowers.

Before I leave you today, I’d like to say thanks for your faithful, consistent support of the Colson Center. Your financial contributions make it possible for us to continue to equip Christians each and every day through the BreakPoint commentary to live out the Gospel in this culture with clarity and courage. Thank you!