When a Mother Is not a Mother - BreakPoint
Skip to content 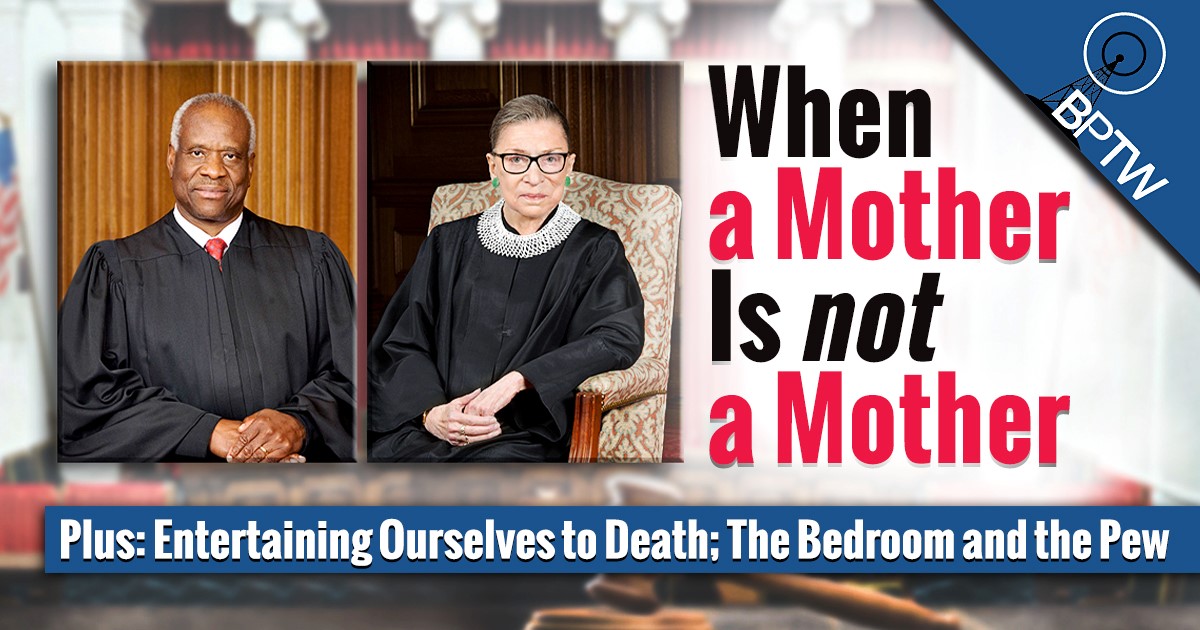 
When a Mother Is not a Mother

Plus: Entertaining Ourselves to Death; The Bedroom and the Pew

Ideas have consequences, bad ideas have victims. So what happens when words no longer have meaning? Justice Ruth Bader Ginsburg claims that women who are pregnant and want an abortion are not mothers. Justice Thomas disagrees (as should all rational human beings). Or take the case of a woman who identifies as a man going into a hospital with stomach pains. Turns out he–rather she–was pregnant. The baby died, and a major newspaper blames the nurse for misdiagnosing says the episode “raises larger issues about assigning labels or making assumptions.”  As opposed to the episode raising the question of people–and society–denying biological reality and the meaning of “man” and “woman.”

John Stonestreet and Warren Smith talk about “entertaining ourselves to death,” as was on display when social media types blasted a Dayton weatherman for daring to preempt “The Bachelorette,” just because he wanted to warn people that deadly tornadoes were on the way.

Forget the Tornadoes–the Bachelorette Is on

Amusing Ourselves to Death