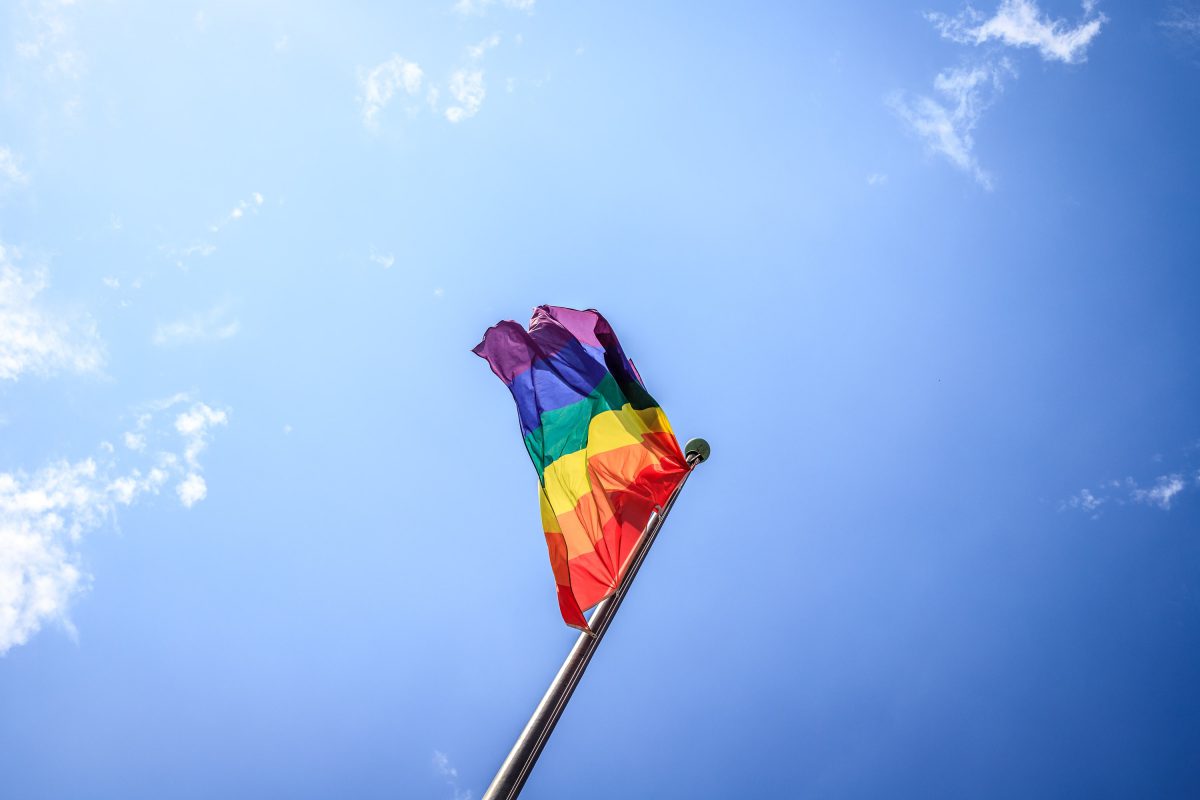 Like his democratic predecessor, President Biden has prioritized LGBTQ rights in both the domestic and foreign policies of the United States. The administration’s priorities were made most obvious in early June when an enormous rainbow flag was hung outside the U.S. embassy to the Vatican. While “trolling” the Roman Catholic Church isn’t usually a diplomatic priority, officials made their intentions clear by tweeting: “The U.S. Embassy to the Holy See celebrates #PrideMonth with the Pride flag on display during the month of June. The United States respects the dignity and equality of LGBTQI+ people.”

The number of letters in that acronym continues to grow, but that shouldn’t be confused with a unified movement. These are movements, plural, all made possible by what sociologist Peter Berger has called “modern man’s perpetual identity crisis.” And these movements based on fluid categories of sexual and gender identity are themselves suffering identity crises.

A week after the Embassy to the Vatican flew the flag of virtue signaling, the gay news site “Them” announced that the Pride flag was updated in order to be even more inclusive. The new design features a purple circle on a yellow triangle in order to include intersex people (the “i”), pink and blue chevrons to represent transgender people, brown and black chevrons for LGBTQI+ people of color, and white chevrons for asexual individuals. All of this is overlaid on the original rainbow to form the new tincture-violating “Progress Pride Flag,” that is even more representative than was intended.

The clashing of colors is appropriate for the inherent contradictions of the movements represented, such as including intersex individuals alongside of those who identify as transgender. “Intersex” refers to a physical ailment, a quantifiable medical condition that afflicts a small segment of the population. To represent that biological characteristic on the flag of a movement that rejects the relevance of any biological characteristics to gender is flat-out incoherent.

And then there’s the ever-escalating conflict between the T’s with the L’s. Given the history of lesbian activism and its connection with second wave feminism, many of the “L’s” are having difficulty with the men who appropriate the experiences, the struggles, and the sports teams of women. Understandably so.

Given all that is interfering with the unity of these movements, a booklet provided by the Leicester Fire Brigade (UK) may be the only way forward. The booklet was filled with flags, 20 pages worth, each representing a particular gender or sexual identity, most I’d never heard of. The booklet has since been deleted for not accurately representing the fire house’s “ongoing commitment to the LGBT+ community.” Exactly how the booklet failed or what it ever had to do with fighting fires isn’t clear.

The flag problem reflects an ever-growing jumble of contradictory claims about sex, gender, and psychology, all of which lacks any uniting principle other than an opposition to what came before. There’s no end to be found, and I mean that in two ways: First, the “plus” sign at the end of the acronym is an open invitation to ever more identities, with no end in sight; second, a movement built on deconstructing what came before has no end — in the sense of no telos. There is no clear, unifying purpose or goal to these movements, or for people taken captive by it.

This provides both a challenge and opportunity for Christians, who can offer a compelling vision of human value, human dignity, and even diversity. In fact, the Progress Pride flag and its acronym are, in many ways, a poor parody of the unity and diversity central to the biblical story.

In the beginning, God separated day from night, heavens from the Earth, land from sea, animals from humans, and the woman from the man. The diversity in the created order was intentional, but not as an end in itself. All that He made served a unity of purpose: to honor and please God who is Himself a Unity in Diversity, Three in One.

The New Testament also speaks of one body with many parts; diversity united under Christ. We are one house that God builds out of many stones, with Jesus as the Chief Cornerstone. In the Church, one people is formed from Jew and Greek, slave and free, male and female. In the New Heaven and the New Earth (a beautiful reversal of Babel), people of every tongue, tribe, nation, and language are described as unified before the throne of God.

All attempts at inclusion, without the larger context of a unifying shared humanity, lead to incoherence. But this incoherence is an opportunity for Christians to offer a better vision of our purpose, our value, our gendered bodies, and our sexuality. In a culture running out of colors and letters, it’s a vision that is badly needed.

US Trolls Vatican With Pride Flag