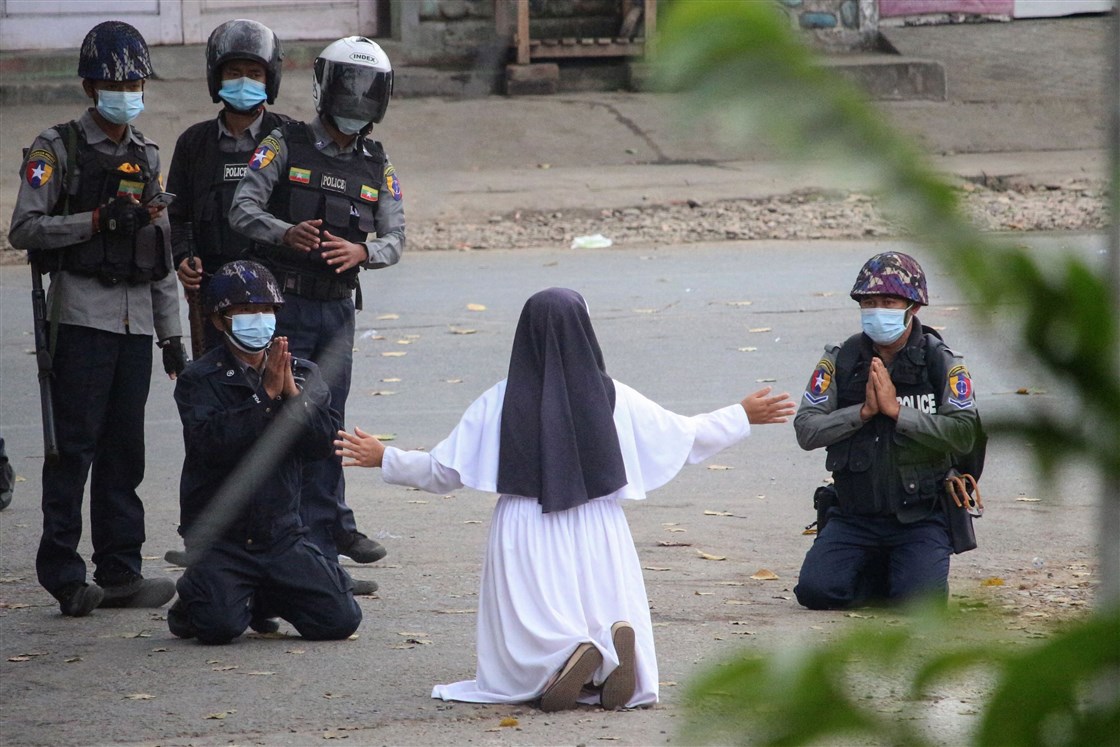 This past Sunday, NBC broadcast the unforgettable image of a Catholic nun kneeling between police and protestors in Myanmar. Sister Ann Roza was trying to halt the violence that has gripped Myanmar since the military coup there in February. She told UK’s Sky News she was ready to die if she could save others.

Military forces in Myanmar have already killed dozens of citizens amidst the unrest, which seems to be worsening.

Kneeling before the five policemen in her white habit, arms spread wide, Sister Roza looked calm. Her brave gesture offered the world a picture of Jesus: someone ready to die for others, who didn’t consider herself too important to kneel and serve, and someone who believes in something much greater than armies, guns, a military coup, and her own life.

Sister Roza offered a beautiful example for Christians everywhere, and a reminder for us to pray for our brothers and sisters in Myanmar.

Christians and the Military Takeover of Myanmar