Why Marx Gets a Pass - BreakPoint
Skip to content 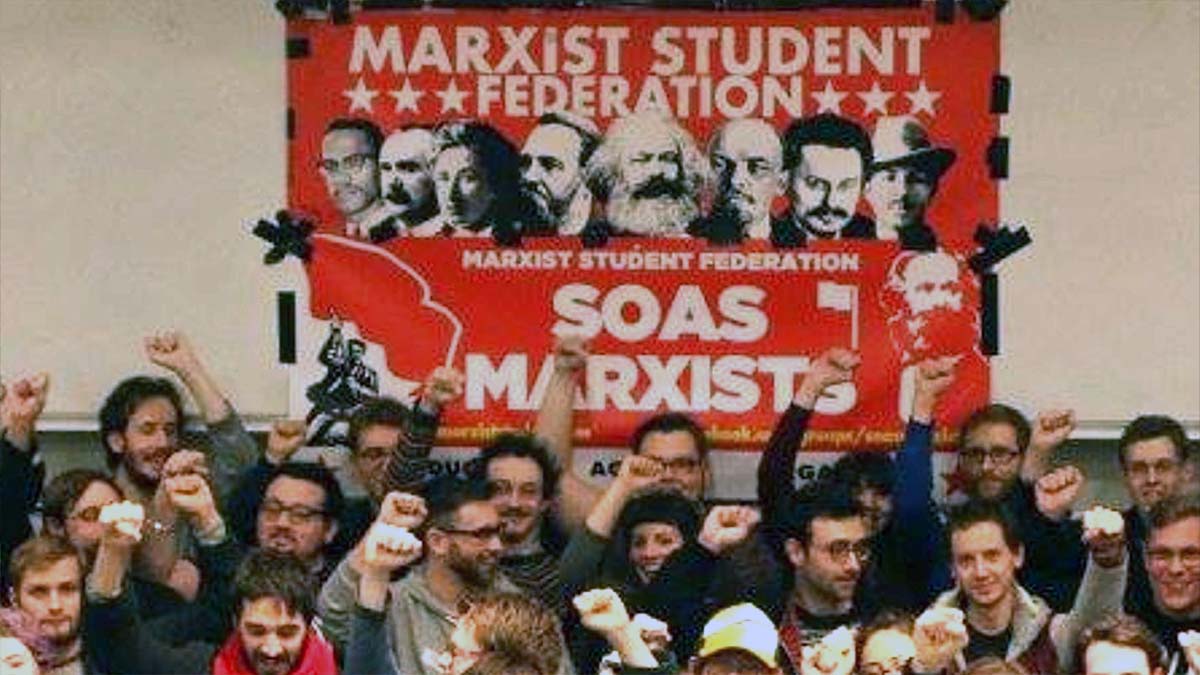 
Why Marx Gets a Pass

November marks a pair of important anniversaries, bookends of a dark period in human history. In the first week of November (often dated as October by the older Julian calendar) 1917, Russian revolutionaries under Vladimir Lenin overthrew the moderate socialist government of Alexander Kerensky and established the first Marxist regime. Almost precisely 72 years later, on November 9, 1989, the Berlin Wall was torn down, and with it (at least symbolically) the diabolical worldview that had trapped and enslaved a third of humanity.

You would think, considering its extensive and deadly track record, the demise of communism would be celebrated by everyone. Conservatives can rejoice in the casting down of a belief system intent on desecrating the wisdom from the past, and liberals could cherish the freedom from tyranny that the fall of the Wall represented. However, far too many people, particularly in academia, continue to see the legacy of Communism through rose-colored glasses.

A few weeks ago, I mentioned the high school AP Government teacher in Sacramento who was suspended for encouraging his students to take up far Left activities. Hanging in his classroom was a poster of Mao Zedong who, if you recall, was responsible for over 50 million deaths in the 20th century. That’s more than anyone else, including Joseph Stalin and Adolf Hitler.

While this may be an extreme case, it’s unsettling how history’s greatest killers are so often remembered. We’ve all seen the Che Guevara posters and t-shirts, ironic given his views on race and sexuality, and, pun intended, the capitalization of his image.

The selective memory goes beyond pop culture. According to the Acton Institute, about 30 percent of the rising generation has a favorable view of Marxism. How can an ideology that animated oppressive control over billions, inspired Soviet Gulags and East European secret police, and instigated mass starvations in Europe and Asia seem positive to anyone?

Some blame can be placed on our lack of historical memory. It’s been 32 years since the massacre in Tiananmen Square and the fall of the Berlin Wall. An entire generation of adults lacks any personal connection to Communism’s horrifying history. Often, what little history we hear about the Cold War is filtered through pop culture, or delivered in a volatile mix of paranoia, nationalism, and ignorance. We’d do better to listen to voices such as Aleksandr Solzhenitsyn, or Ukrainian protestors, or Chinese dissidents like Bob Fu, who actually experienced the terrors of a worker’s paradise.

Another reason Marx and his ideals get a pass is that it’s easy to romanticize a reality we can’t see. When Nazism, Communism’s evil twin, collapsed in the wake of war, its beliefs were repudiated before the entire world. Hitler’s name and movement became shorthand for evil. His dreams died in the rubble of Anglo-American bombs and Russian tanks, and his crimes were exposed in court.

Not so with Marx nor his disciples. Historians may comment on their crimes and their statues may be toppled after the fact, but Lenin, Stalin, and Mao died in their beds, secure in their power, without ever having to face defeat or the wrath of their victims. Without this, it’s all too easy for those in the comfortable, capitalist West to imagine that they weren’t as bad as they truly were.

Finally, Marx slides in a culture that judges ideas on whether they sound nice. The Nazis literally had skulls on their caps. The Marxists, on the other hand, sold utopian dreams of bread and land and unity and equality and progress. They might have been sending millions to die in the Gulag for the crime of having a wealthy ancestor, but that’s not what the Che Guevara fans of today think about. They’re thinking about slogans that look great on a bumper stick or a tweet, but which mean death and tyranny when put into practice.

Perhaps the most important lesson we can take from this cultural folly is that when it comes to the ideas that populate our worldviews, it’s not enough that they sound nice and feel right. Ideas wouldn’t matter if they stayed in slogans and manifestos. But they don’t. They grow feet and hands, drive armies and policy, and have consequences for real people in the real world.

Too much is at stake to root our worldview in the latest recurring ideological fad. Ideas have consequences and bad ideas have victims. We must not ignore the horror or the victims of bad ideas just because we found them on the road of good intentions. Intentions and worldviews are good only insofar as they are true.