Why the Bible is Not a Prop - BreakPoint
Join us in helping to equip and renew the Church with a Christian worldview by giving before our fiscal-year ends!
Skip to content 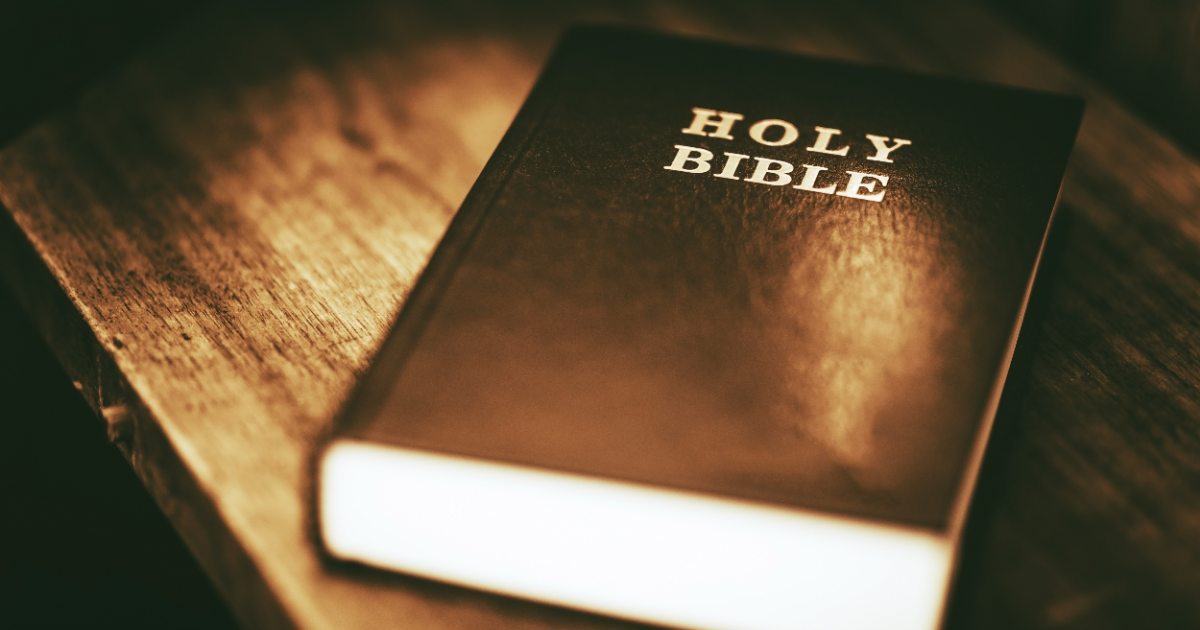 
Why the Bible is Not a Prop

Presidents and politicians using the Bible or Christian symbolism for political ends is nothing new. Some, as President Trump did Monday afternoon, pose with Bible in hand. Far more common is the selective quoting, misquoting, or downright twisting of Bible verses to advance political talking points.

After nights of rioting and violence across America and even right outside the White House, the President punctuated his speech by walking from the Rose Garden to an historically important church that was nearly burned down the night before. He then posed with a Bible in hand beside the church sign.

The Bible should never be used as a prop.

Trump was condemned widely, and not just by those who take the Bible seriously. In fact, among the loudest voices were religious leaders who themselves use the Bible as a prop (and their religious mantles as cover) to advance a theological progressivism, especially revisionist teachings about sexuality and abortion. For example, on the TODAY show, Mariann Budde, Episcopal Bishop of Washington D.C., accused the President of abusing “the spiritual tools and symbols of our traditions and of our sacred space.”

To reduce the Bible to a prop, a mere “spiritual tool” or a mere “symbol,” however, is to miss the Bible’s real power, a power the world so desperately needs right now. After all, it is the explanatory capacity of Holy Scripture, its ability to describe the contours of reality and the human condition so accurately, that makes it so valuable, especially in confusing times like these and not just to Christians.

Rather than using it to advance an agenda or score points with a religious base, it would’ve been far more valuable and helpful if the President had opened it and read to the nation its words of comfort and conviction, and especially its call to repentance.

In his book For the Glory of God: How Monotheism Led to Reformations, Science, Witch Hunts, and the End of Slavery, sociologist Rodney Stark argues that Christians were the very first people in history to even imagine that slavery was not a normal condition of human society, as was universally assumed throughout history.

While there were those, like the Jewish Essenes who didn’t like slavery, “…only in Christianity,” Stark argues, “did the idea develop that slavery was sinful and must be abolished.” Why did this idea develop in Christianity and not anywhere else? The Bible.

Though Jesus’ first followers did not forbid slavery, they did in their New Testament writings, especially Paul, unlock implications of our identity as image bearers of God and new creations in Christ, including the notion of universal human dignity. Thus, long-standing social barriers between Jew and Gentile, slave and free, male and female were challenged and eventually torn down.

Centuries later, British Christians such at William Wilberforce would launch years-long campaigns to end the scourge of slavery. Other Christians, informed by what was written in the Bible, would lead the movement for Civil Rights in this country with arguments constructed from the Christian framework of reality found only in Holy Scripture.

None of this is to say that Christians always got issues of race or slavery right. They certainly did not. And the Bible was often misused to enslave and dehumanize. But, as even atheist historians and philosophers like Luc Ferry and Tom Holland have acknowledged, the world owes a debt to the Bible for the very notions of human value, human rights, and human dignity.

Writing yesterday at Christianity Today, Ed Stetzer suggested that not only does the Bible “teach us in James (and other places) that favoritism and racism are wrong, and that a system that treats people of color with different outcomes is, well, sinful,” but also that “stealing, looting, and violence are (also) clearly addressed and condemned in the Bible.” And, I’d add, it points us to forgiveness and grace, required resources if we hope to be reconciled to God and to each other.

In other words, on the pages of the Bible the President held aloft for the camera on Monday is exactly what we need right now, including the keys to recapturing civic virtue, pursuing reconciliation, and restoring civil society. The better choice, especially in a society guilty of either ignoring the Bible or twisting it to wrong ends, would be to heed the exhortation contained in this prayer written by Anglican theologian Thomas Cranmer:

“Blessed Lord, who caused all holy Scriptures to be written for our learning: Grant us so to hear them, read, mark, learn, and inwardly digest them, that we may embrace and ever hold fast the blessed hope of everlasting life, which you have given us in our Savior Jesus Christ; who lives and reigns with you and the Holy Spirit, one God, for ever and ever. Amen.”

In this moment of national crisis, rather than fighting over the optics around the Bible, we’d be far better off reading, hearing, and applying what it has to say.

The Bible Is Not a Prop: In Fact, We Need It Right Now

For the Glory of God