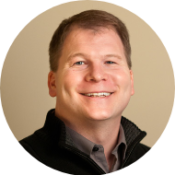 John Stonestreet serves as President of the Colson Center for Christian Worldview. He’s a sought-after author and speaker on areas of faith and culture, theology, worldview, education and apologetics. John is the daily voice of BreakPoint, the nationally syndicated commentary on  the culture founded by the late Chuck Colson. He is also the voice of the Point, a daily one-minute feature on worldview, apologetics and cultural issues. Before coming to the Colson Center in 2010, John served in various leadership capacities with Summit Ministries and was on the biblical studies faculty at Bryan College (TN). John has co-authored four books: A Practical Guide to Culture, Restoring All Things, Same-Sex Marriage, and Making Sense of Your World: A Biblical Worldview. John holds degrees from Trinity Evangelical Divinity School (IL) and Bryan College (TN). He and his wife, Sarah, have four children and live in Colorado Springs, CO. Connect with John at BreakPoint.org, or follow him on Twitter (@jbstonestreet).