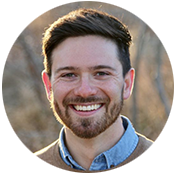 ← Back to All Columnists

Kasey Leander is a Breakpoint Contributor at the Colson Center for Christian Worldview. He holds a BA in History and PPE (Politics, Philosophy and Economics) from Taylor University, and a Certificate in Theological Studies from Oxford University. After completing his study at Oxford, Kasey lived in New England, where he spoke on apologetics topics at universities including MIT, Harvard, Brown, Yale, Boston University, and Boston College Law. He has also worked briefly in politics, interning in the U.S. Senate in Washington, DC.