A Changing Climate is a Calling, Not an Alarm - Breakpoint
Help make a bigger worldview possible for Christians around the globe with a year-end gift!
Skip to content 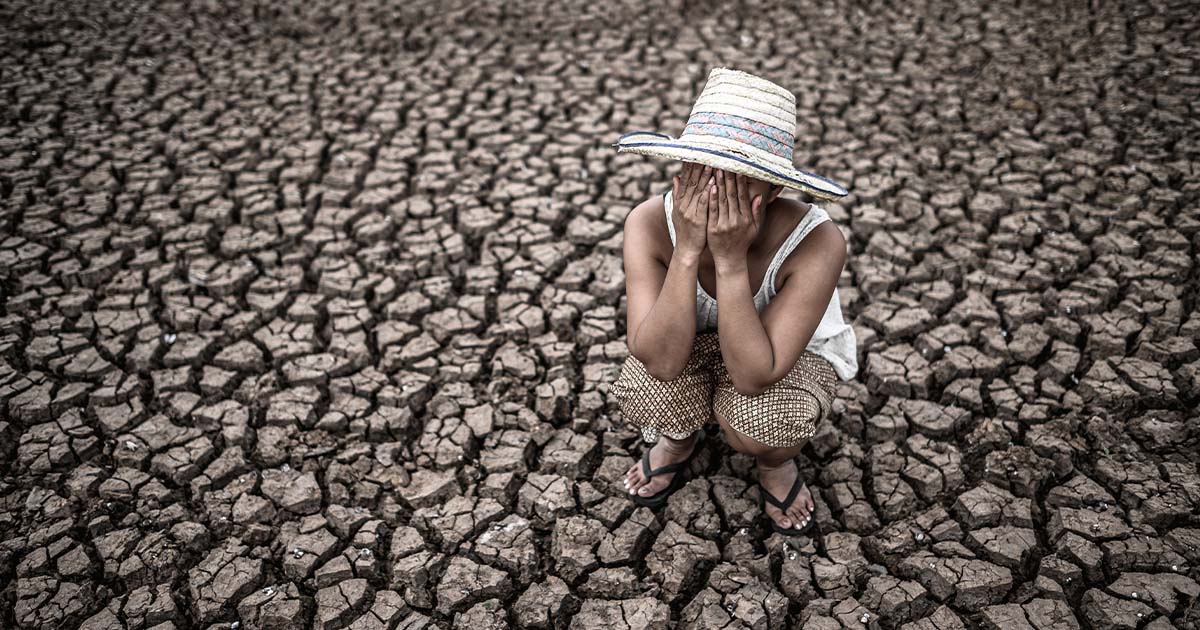 
A Changing Climate is a Calling, Not an Alarm

Earlier this month, the United Nations’ Intergovernmental Panel on Climate Change panicked. Or, at least, they officially announced to the world they were panicking. In its new Assessment Report, the panel concluded we won’t be able to stop the Earth from warming at least 1.5 degrees.

That change, scientists said, will melt arctic ice, cause a rise in sea levels and an increase in dangerous weather, and send millions into poverty. And if industrialized nations don’t dramatically cut their carbon emissions, they said, those consequences will be even more devastating.

Sometimes Christians hear apocalyptic news about climate change and feel a distinct urge to change the channel. I empathize with that instinct – the people releasing these reports are not always unbiased or even trustworthy.

But it’s not controversial to say that Christians should care about the planet. After all, that’s what we were created to do. Only humans were created in God’s image, and we were given the task of stewardship. “Be fruitful and multiply. Fill the earth and subdue it,” was God’s command. It’s a command repeated again after the Fall, specifically after the flood.

The incredible variety, intricacy and beauty of the animals, plants and topography across the globe demonstrates God’s intentional creativity. God loves His world. One of the ways He loves His creation is through the caretaking and stewardship of those who bear His image.

If the climate is changing in ways that brings harm to both humans and the planet, we should listen. And we should care.

However, at the same time, there are many unspoken worldview assumptions built into a report like the IPCC’s. One such assumption is that the earth’s climate is changing in a way it was not supposed to change.

Another worldview assumption is a sense of existential instability. This is part and parcel of a naturalistic worldview which holds that human beings only came into existence on razor-thin margins. In other words, in a universe without a Creator’s plan, purpose, or oversight, the chance that humans would evolve from single-cell organisms into the unfathomably complex, billion-cell organisms we are today is astronomically small.

The whole thing could’ve gone quite differently. In such a world, our ongoing survival here dances on razor-thin margins, too. There’s no promise that history is headed anywhere in particular, or even that humanity has a future. In one sense, news that suggests “it’s getting really dicey out there” wouldn’t be shocking at all. It would be expected.

But Christians need not share this existential dread. The Bible tells us that God not only created but also sustains His creation. “He is before all things, and in Him all things hold together,” Paul wrote in Colossians.

At the same time, the Fall continues to wreak havoc on God’s creation. Humans are capable of harming ourselves and the creation. But that doesn’t mean our climate is hopelessly out of control. Isaiah 40 sounds, at first, like a warning: “The grass withers, the flower fades when the breath of the Lord blows on it.” But there’s great comfort here: nothing withers or fades without His breath.

That comfort simply isn’t available in a God-less worldview, and that’s evident in many reports about climate change. For example, there’s an emphasis in the IPCC report on what humans should do to prevent the globe from warming further. Notice the implication that we are somehow able to control this problem. Certainly humans have agency and the responsibility to make good decisions. But it’s far easier, at least on an emotional level, to believe that big, scary problems like climate change (or a global pandemic) are humans’ fault and therefore can be fixed by humans, than it is to believe that these things are out of our control. Vulnerability is very uncomfortable.

In fact, as the world has changed over centuries (including during a previous warming period in the Middle Ages) humans have displayed incredible adaptability. Even those things now blamed for harming the climate, such as the forces and products of industrialization that have increased carbon emissions, improved the lives of humans more than our ancestors could have ever imagined, perhaps even more than its side-effects have harmed humanity.

So, beware of reports about the changing climate that come as an alarm rather than as a calling. We are like the servants in Jesus’ parable about the Kingdom of Heaven in Matthew 25. God has put us in charge of His world while we wait for His return. With the power entrusted to us, we should do our best to solve the problems that arise, while reminding each other that He’s coming back and that the weight doesn’t rest on our shoulders.