Another Discovery Affirms the Historicity of the Bible - Breakpoint
Give today to learn what it means to be a thoughtful Christian!
Skip to content 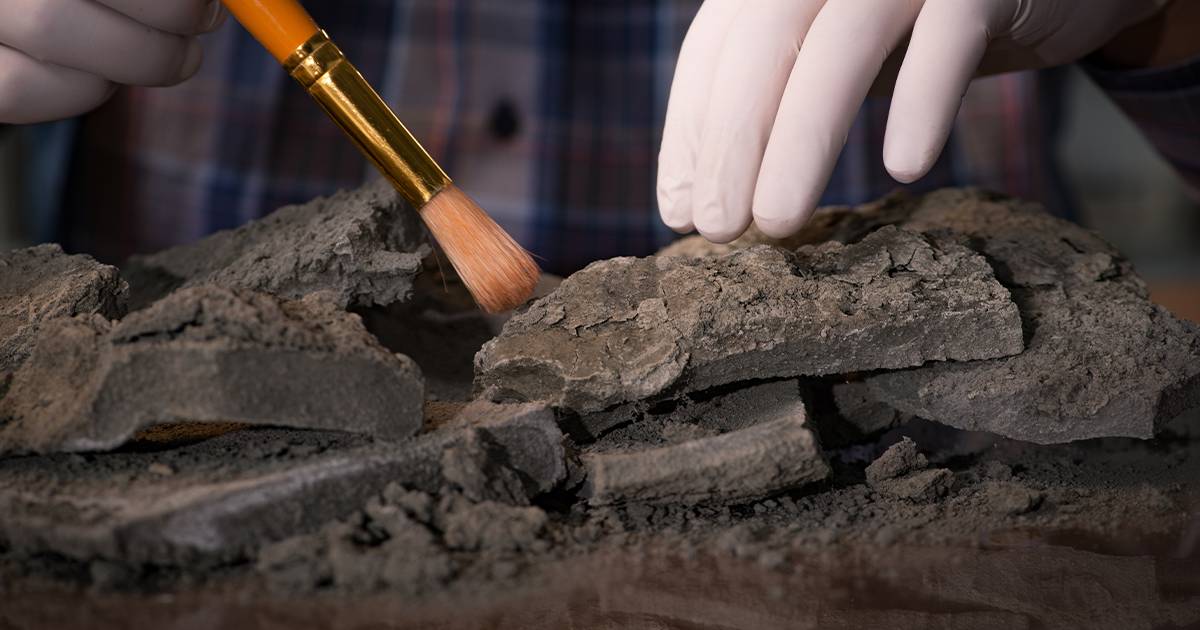 
Another Discovery Affirms the Historicity of the Bible

The Bible doesn’t claim to be true in some watered-down “spiritual” sense. It claims to be the true record of God’s intervention into human affairs.

At the end of March, the Associates for Biblical Research published a curse. While that may seem a strange thing to do, it wasn’t their curse. The curse was written in Hebrew, inscribed on a small leaden amulet (or tablet). It was found in 2019 among materials previously excavated on Israel’s Mt. Ebal.

As recorded near the end of Deuteronomy, God called the newly freed Israelites to assemble on Mt. Ebal and to declare there, to God and to one another, the promises of obedience and disobedience. Put another way, they were to announce the blessings and curses that came with their role as God’s people.

So, what we have in the discovery of this amulet is either a remarkable coincidence—a written curse left at the very location the Bible associates with curses—or yet another confirmation of something the Bible says happened. Even better, either of these options is the least important aspect of what makes this discovery interesting. The more important aspect is potentially earth-shattering for biblical studies.

According to a professor at the University of Haifa, this discovery is “the earliest Hebrew inscription found so far.” Scholars investigating the find place the date of the inscription to around 3,200 years ago. That puts it, biblically speaking, in the time of the Judges.

The common perception among biblical scholars, however, has been that the bulk of the Bible wasn’t written when it says it was. It’s long been assumed that the early, and supposedly primitive, Israelites simply lacked the skill to come up with the written grandeur of books like Genesis and Deuteronomy. This tiny curse reveals that the right people at the right time in the right place were writing about God just as the Bible describes. Despite the confidence of the scholarly consensus, this provides proof of the Israelites’ literary ability, hundreds of years before skeptics thought it possible.

And this kind of thing keeps happening. Four years ago, a then-recent discovery of an exploding meteor wiping out a series of cities at the south end of the Dead Sea corresponded to about the time the Bible says that Sodom and Gomorrah met their fiery fate. Three years ago, an unearthed signet-seal affirmed the identity of someone mentioned in the biblical text. Two years ago, new DNA studies confirmed aspects of the biblical description of the Philistines’ origin. How many times will the Bible have to be proved right before we accept it as true?

There’s a scene in the 1990 Shakespeare spoof Rosencrantz and Guildenstern Are Dead where Gary Oldman’s character starts flipping a coin. Again and again and again, it comes up heads, over 70 times in a row! At first, he finds it strange, even amusing. As heads keep coming up, his partner in crime, played by Tim Roth, starts contriving explanations as to why the laws of probability have been suspended. They must, he concludes, be encountering a moment where the ordinary rules just don’t apply. The repeated pattern of extraordinary events meant that something special was going on.

This is what the Bible claims for itself. The Bible doesn’t claim to be true in some watered-down “spiritual” sense. It claims to be the true record of God’s intervention into human affairs. It does not describe a faraway fairy world built on wishes and dreams, but this world, the real one. It is here that Lazarus and Jesus were truly dead but raised to life again. It is in this world that actual Israelites escaped from actual slavery in Egypt. If what Scripture claims to have happened didn’t, then we may as well “eat and drink and be merry, for tomorrow we die.” Its reality confirms its truth.

As the Apostle Peter claimed, Christianity is not rooted in “cleverly devised myths,” but in the real account of actions in the real world. Bits of lead and clay in the dirt will never ultimately prove the Bible’s claims to the satisfaction of all skeptics, but day after day, more evidence emerges that its claims should be taken seriously by not only archeologists and historians, but all of us. In Holy Scripture, something special is indeed going on.