A Demon's Guide to the Election - Breakpoint
What makes the Church essential? Click here to learn more.
Skip to content 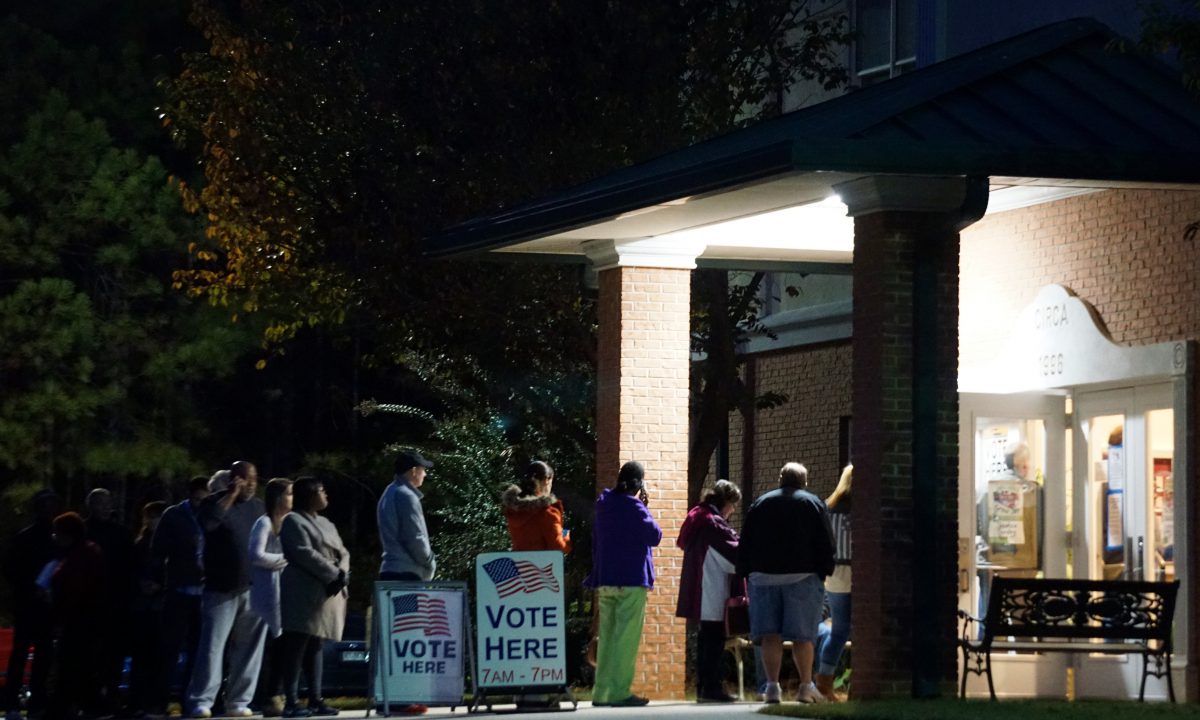 
A Demon’s Guide to the Election

In The Screwtape Letters, C.S. Lewis imagines how an experienced demonic operative might advise a younger, less experienced understudy in the intricacies of counter-Christian spiritual warfare. In one passage especially relevant right now, Lewis describes how politics could be used to tempt and thwart a Christ-follower. The setting is World War II Britain. “Uncle Screwtape” says it this way:

“Let [your patient] begin by treating … Patriotism or Pacifism as part of his religion. Then let him, under the influence of partisan spirit, come to regard it as the most important part. Then quietly and gradually nurse him on to the stage at which the religion becomes merely part of the ‘cause,’ in which Christianity is valued chiefly because of the excellent arguments it can produce in favour of the British war-effort or of Pacifism.”

To be clear, Lewis never advises that Christians ought to abandon political engagement or political causes. He does, however, warn just how easily the enemy can use political engagement to confuse what are ends and what are means. Or, to use language we often employ at the Colson Center, when it comes politics, especially the high-stakes kind that defines the current climate, American Christians have a history of losing the Story in the chaos of the moment.

America is worth protecting and preserving, and Christians should always side with what is good, even if flawed. We have much to steward, including the historic recognition of God-given rights, a system of government designed to protect those rights, a Constitution that prioritizes our allegiance to God over any allegiance to the state, and a history of men and women whom God used, within the framework of that freedom, to spark revival, to confront our national sins, to secure civil rights, to found Christian institutions, and to send missionaries around the world.

However, as we rightly acknowledge the ways in which America has been a blessing for the Church, we can never confuse one for the other. It is the Church whose future is secure. It is to the Head of the Church that our allegiance ultimately and exclusively belongs. The Kingdom of God is the end of all of human history. It, and only it, can ever claim our highest loyalties.

Redirecting our loyalties is more tempting than we often care to admit in a context in which more and more of daily life is politicized, a reality that simultaneously reveals deep flaws in our current social order and elevates the stakes of each subsequent election. Whenever and wherever political realities invade spaces that properly belong to family, to community, to friendship, and to religion, Americans should push back.

For the Christian, however, the stakes are even higher. We have embraced Christ, who offers more than personal salvation. He offers a Kingdom that will have no end. He is not less than our personal Savior, but He is certainly more. He is the King. His throne is not threatened or vulnerable.

Loyalties, Lewis understood, are not lost in grand ways. Politics claims them in more subtle ways. As Uncle Screwtape wrote:

“Once you have made the World an end, and faith as a means, you have almost won your man, and it makes very little difference what kind of worldly end he is pursuing. Provided that meetings, pamphlets, policies, movements, causes, and crusades matter more to him than prayers and sacraments and charity, he is ours.”

Chuck Colson famously said that salvation will never come on Air Force One. Neither will, for that matter, the antiChrist. The rule and reign of Jesus Christ does not stand or fall on this or any election. Rather, we see this moment, even this political moment that holds so much consequence for our nation, in light of what is ultimately true: Christ is risen! Christ is Lord! Christ is making all things new!

We Are Not Allowed to Despair