Adding the “T” to LGBT: Emerging Worldviews 8 - BreakPoint
Join us in helping to equip and renew the Church with a Christian worldview by giving before our fiscal-year ends!
Skip to content 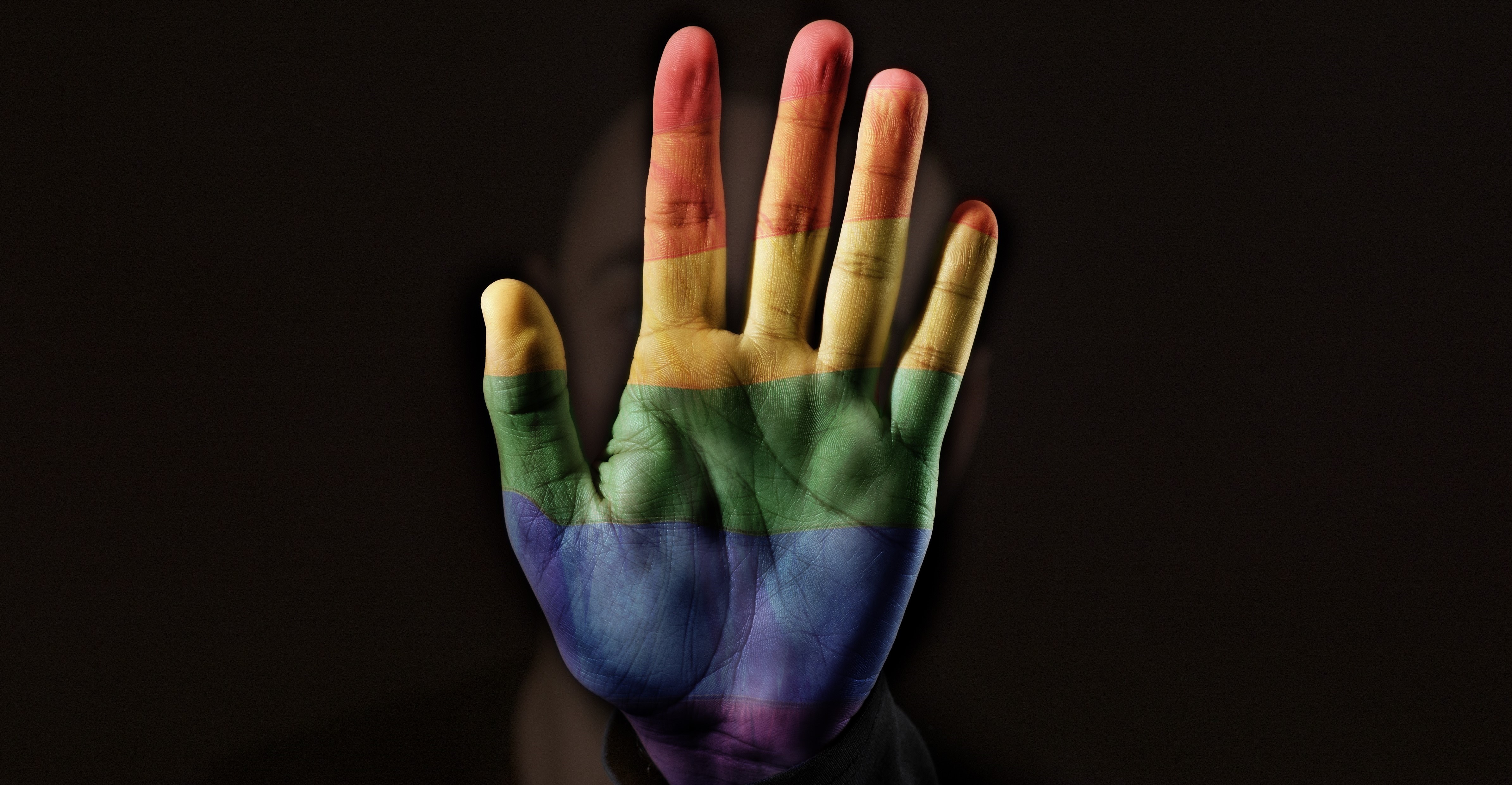 The trajectory of the Sexual Revolution, discussed in the previous article, leads logically and inevitably to transgender rights. Once marriage and childbearing are detached from biology, what does it mean to be a man or a woman anymore? Their objective, empirical roles are effectively eliminated, so all that is left is the social constructs of masculinity and femininity. And since these have no objective reality, since they are subjective, why do they need to be tied to biology?

Similarly, the Cultural Marxist worldview depends on finding new oppressed groups to liberate. Through the course of the Counterculture of the ‘60s and ‘70s, we saw the Civil Rights movement and Women’s Liberation and feminism; we have seen sexual liberation with the Sexual Revolution and specifically homosexual liberation through Gay Pride and the LGB movement, including the creation of the term “sexual minorities” to connect them in the popular mind to racial and ethnic minorities.

Other groups, including pedophiles and those engaged in polyamory, have tried to claim the mantle of the next sexual minority to be liberated, but the country wasn’t ready for them yet. Instead, led by celebrities such as Bruce/Caitlyn Jenner, people with gender dysphoria became the next front in the war to liberate the country from the oppressive worldview of the past.

Transgenderism is based on the idea that your gender is separable from your biological sex. If you have a male body but think of yourself as female, your gender is female and you are a transwoman; if you have a female body but think of yourself as male, your gender is male and you are a transman. You could also be gender fluid, moving from one gender to another at will or be non-binary, neither male nor female, if that is how you conceive of yourself. What you really are is what you are inside, and since you cannot express your gender preferences as an infant, any gender you are given is assigned to you arbitrarily.
Other people must accept your self-defined identity, such that failure to use your preferred pronouns is an assault on your dignity in some cases punishable by loss of job, fines, or jail time.

Similarly, even children who identify as a different gender are being put on powerful puberty blockers and given hormonal injections even over the objections of parents, the clear danger of long-term damage to their health, and the fact that most children outgrow gender dysphoria after puberty.

Once marriage and childbearing are detached from biology, what does it mean to be a man or a woman anymore? Their objective, empirical roles are effectively eliminated, so all that is left is the social constructs of masculinity and femininity.

Transgenderism brings to the fore some of the tensions that exist within the concept of intersectionality—that all oppressions are really one. Thus, feminists and transgender people should in theory be on the same side, but they can find themselves at odds on important issues.

For example, women’s and men’s sports are separate because males have advantages over females in strength, size, power, speed, etc. Now, however, biological males who identify as females are participating in women’s sports and dominating the competition—thus taking opportunities away from biological females.

Similarly, biological males are being allowed into women’s restrooms, locker rooms and showers. Even more seriously, shelters for battered women and homeless shelters for women are being forced to accept “transwomen” (i.e. biological males who identify as women). The right of the biological man to be treated as a woman thus trump the rights of the women to privacy and psychological and physical safety, the last demonstrated by the sexual assaults committed against women in these private spaces by men claiming to be trans.

Women who complain about any of these initiatives have typically been shamed into silence for being “transphobic.” While some sports organizations have tried to limit the damage caused by transgenderism by requiring a maximum level of testosterone in competitors, these restrictions are being challenged as unfair to transwomen.

Some feminists objected to including transwomen as women, arguing that since they typically grew up as males, they did not have the intrinsic disadvantages of biological women in our culture. Overall, however, these feminists seem to be losing the fight.

Some feminists objected to including transwomen as women, arguing that since they typically grew up as males, they did not have the intrinsic disadvantages of biological women in our culture. Overall, however, these feminists seem to be losing the fight.

But beyond these practical consequences of the transgender movement, there are profound worldview elements at play. At its most obvious level, the LGBT movement deals with questions of identity, which is the central worldview question. The answer offered by this movement is that your identity comes primarily from two things: what gender you conceive of yourself as being, and who you prefer to have sexual relations with. In other words, your identity is wrapped up in your sexuality.

Behind this, however, is an implicit metaphysical assumption (i.e. an assumption about the nature of reality): your body is irrelevant to who you are; instead, you are what you are “on the inside.” This means that who you really are is not objective but subjective, not physical but psychological or spiritual, not observable but only accessible by self-disclosure.

This is a radical change from 50 years ago. Then, materialism—the idea that matter and energy are all that exists—was the dominant metaphysical view. This was accompanied by an idea known as the Fact/Value Distinction, or in Francis Schaeffer’s terms, upper and lower story thinking. In this view, the only things that were empirically verifiable—mostly the natural sciences—qualified as facts; everything else—ethics, religion, aesthetics, etc.—were values that didn’t have any objective significance. You could use facts to explain values, but never the other way around.

LGBT thinking inverts this. Now, the non-empirical (who I am on the inside) can overrule empirical facts (my body), but the facts can never overrule my subjective sense of who I am. This is a kind of neo-Gnosticism. It believes that ultimate reality is non-physical, non-empirical, and subjective, integrating with the postmodern idea that reality is a social construct: everything we think we know about the world is filtered through our cultural biases and assumptions and thus is subjective rather than objective.

This metaphysical approach undermines the foundations of science by rejecting empirical facts and observation as well as basic biology; it also undermines the doctrine of Creation and biblical anthropology by dis-integrating the physical and non-physical parts of our existence. LGBT epistemology (what is truth and how do we know it) must then also be rooted in subjectivity.

On a personal level, there are no objective facts about me that are relevant, and thus I am entirely what I perceive myself to be at least on a sexual level. The only way anyone else can know about me is through my own self-disclosure. This radical subjectivity has been extended to other areas. Transracial people think of themselves as belonging to another race; trans-age people self-identify as being a different age (typically younger) than they are chronologically; transability refers to able-bodied people who identify as having a disability and seek medical intervention to give them that disability in much the same way that transgender people seek gender reassignment surgery.

Beyond the personal, subjectivist epistemology extends throughout the world of values and has been enshrined in statements like, “that’s true for you.” Although objectivity is recognized in the world of facts, culture is driven far more by values, and so the subjective wins out. This is ultimately destructive of meaning and rationality as well as of social cohesion. Since everything is subjective, everyone has their own “facts” that they can appeal to while ignoring others, leading to increasing polarization and conflict in society.

And that leads us to ethics. Since everything is subjective, your truth is no better than mine and so the one thing you are not allowed to do is to impose your truth on me. Instead, we need to affirm and celebrate our different identities. Expressing disagreement or disapproval is evil: it is an attack on the humanity and dignity of the person and is the kind of thing that drives LGBT people to suicide. Disagreement is thus hatred and bigotry, putting you in the category of the oppressor and stripping you of any moral authority you might have had. (Although cross-cultural studies show that many of the assumptions in these statements are false, objective facts have little impact on a worldview based on subjectivity.)

The partial worldview described here is not comprehensive nor is it coherent. It also isn’t particularly livable: for example, a gay man is unlikely to be excited about dating a transman, especially prior to surgery. Whether it emerges as a complete worldview remains to be seen. It has its place under the umbrella of Cultural Marxism, however, and links in with other related partial worldviews. We will turn to them in the next articles.