After 9/11: C. S. Lewis & the Lessons of Pain - BreakPoint
Join us in helping to equip and renew the Church with a Christian worldview by giving before our fiscal-year ends!
Skip to content 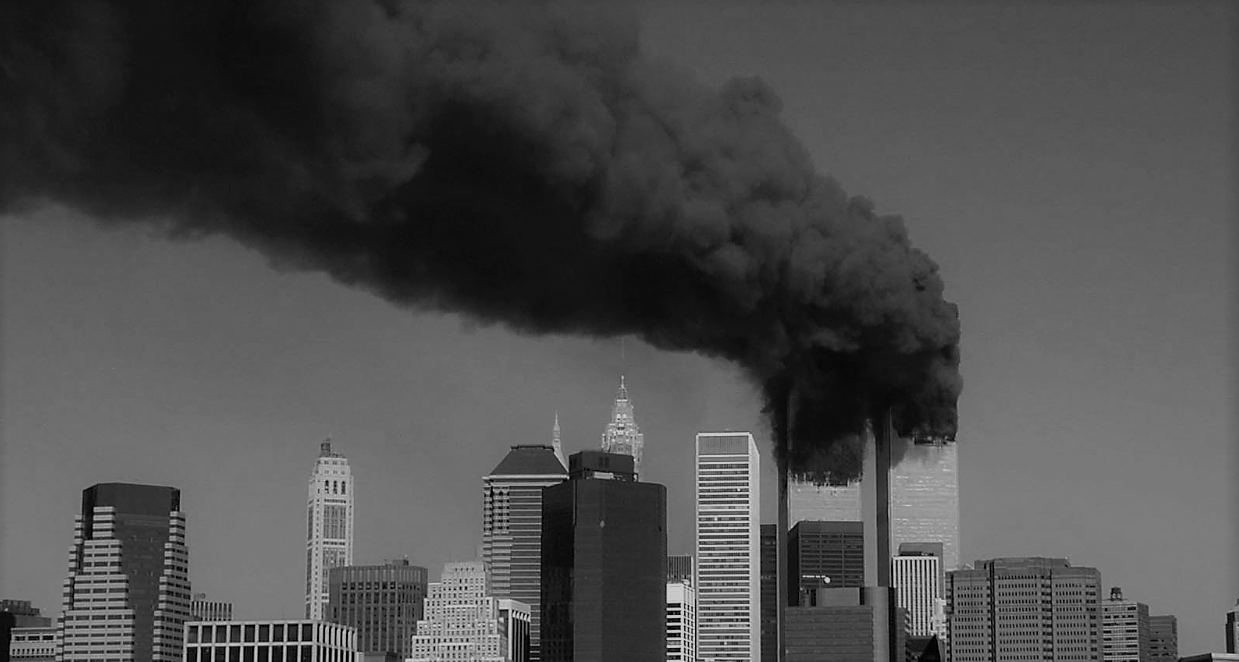 We live in the shadow of fallen towers. For anyone who was watching TV that day, 9/11 is indelibly seared into our memories. Puzzlement with the first plane. Shock with the second. The slow realization that this was no accident, that we were now at war, that the world had somehow changed. We didn’t know what would come next, but we knew it would never be as before.

The pain was intense. Many of us ended that day thinking that 10,000 of our fellow Americans lay crushed beneath the towers, burnt in the walls of the Pentagon, or smashed into the Pennsylvania farmland. It was small comfort to find out later that it was “only” 3,000 dead.

The tears were real, but the tears were not alone. As we picked ourselves up over the next few days, there were signs that things had indeed changed, but not only for the worse. There was a new spirit in the air. Somehow, the horror of 9/11 created a place of beauty in spite of itself.

There were the simple things: A new respect for firemen and police officers, a graciousness to strangers, a fluttering of flags, a feeling that “United We Stand” was more than a sappy saying.

But, there was more. In those days after 9/11, there was strange familiarity. When we looked at one another, we didn’t see “them.” We saw “we.”

In those days after 9/11, there was strange familiarity. When we looked at one another, we didn’t see “them.” We saw “we.”

The things that divided us seemed so frail and unimportant compared to what united us.

It was more than the camaraderie of pain. Sure, there was a bit of the Band of Brothers feeling. We’d seen Hell together, and together we’d remain, but this wasn’t all. There was in that horrible moment an awakening.

Whatever arguments we may have had with one another, whatever equivocations we might offer other contexts, whatever excuses we may make for other behavior, what we had seen that day had been truly evil.

Fallen with the Twin Towers were our postmodern pretensions about the malleability of truth.

Fallen with the Twin Towers were our postmodern pretensions about the malleability of truth.

There was no talk of your truth and mine, but only the reality that was all too clear. Good was good, and evil was not.

Few could look into those gaping holes in Manhattan or grime covered faces and declare that this was good. Fewer still could see New York’s Finest rushing into the danger and equate them with the vile assassins bearing destruction.

For a moment, we saw reality. For a time, a few days, a few years, we saw in one another not members of a hated “other” but fellow Americans, fellow human beings. I’m not suggesting for a moment that it was an era of blissful harmony, but we had a glimmer, a glimpse, of something better, that we could be something better.

These were truths about our shared human condition and the reality of evil. It was as though the agonizing pain of that nightmarish day woke us up from the dreamworld we’d been living in. Our shadowy illusions were scoured by the pain we’d all faced. For a moment, and sadly it was only a moment, we saw more clearly through our hurt than we had ever done without it.

It was as though we were able to see through the eyes of Puddleglum. Puddleglum, for those who are ill-informed, is a Marsh-wiggle, a denizen of the wetlands on the northern end of C. S. Lewis’s Narnia. Throughout the bulk of The Silver Chair, he is as glum as his name implies. There’s nothing good where he cannot find the gloom. Yet, he is the one who recalls the hope.

At the climax of the tale, the heroes have nearly completed their quest. Despite many obstacles and failures, they’ve rescued the prince from his dark enchantment. But, just as things are going so well, the Lady of the Green Kirtle appears and draws them into insensibility with music and magic. After several vain attempts to recall the truth, they are nearly ready to deny Aslan, Narnia, even the sun, and remain her willing captives in Underland forever.

It is at this moment that Puddleglum’s character emerges. Declaring that the “made up things” of Narnia and Aslan “are a great deal better than this real one” of the witch’s domains, he boldly thrusts his foot into her magic fire, breaking her hold over his mind and her power over them all. In that moment, in his pain, he is able to see far more clearly than when under the comforting and restful illusions of her pretensions. Aslan was real. Narnia was real. Truth was real.

We had that moment. We did not stick our flesh into the fire of our own accord but had them thrust in by the evil of another. Just as with our morose Marsh wiggle, the pain hurt. He was burnt and lived with scars until Aslan healed him. We too, bear our scars, and, we too, need healing.

For a moment, the pain in our hearts brought clarity to our minds. We saw our common human nature and the reality of truth. But only for a moment.

I don’t think any of us would say that we retain the spirit of those pain-filled days. Whether it’s the nationalistic populism of the Right or the identity politics of the Left, we’re too concerned with the power and position of “our” team in its battle against “theirs.” We find no place for enduring morality or truth, but only what serves our purposes for the moment, for the battle.

May God forbid that any of us would go through that ordeal again. Such evil is always to be shunned, even when good may result. Instead, may God grant that we recover the clarity of those days, the recognition of the Imago Dei in each of us, the realization that there is a truth that is not culturally conditioned.

As with The Silver Chair, the problem is not that reality is gone, but it has been hidden. With Puddleglum, the problem was that a witch’s enchantment blocked the truth from his eyes. With us, it is that our own false philosophies have blinded us with appealing visions of falsehood. The truth is there to be found. All we must do to see it is to listen to the Word of the One who holds truth in His hands.