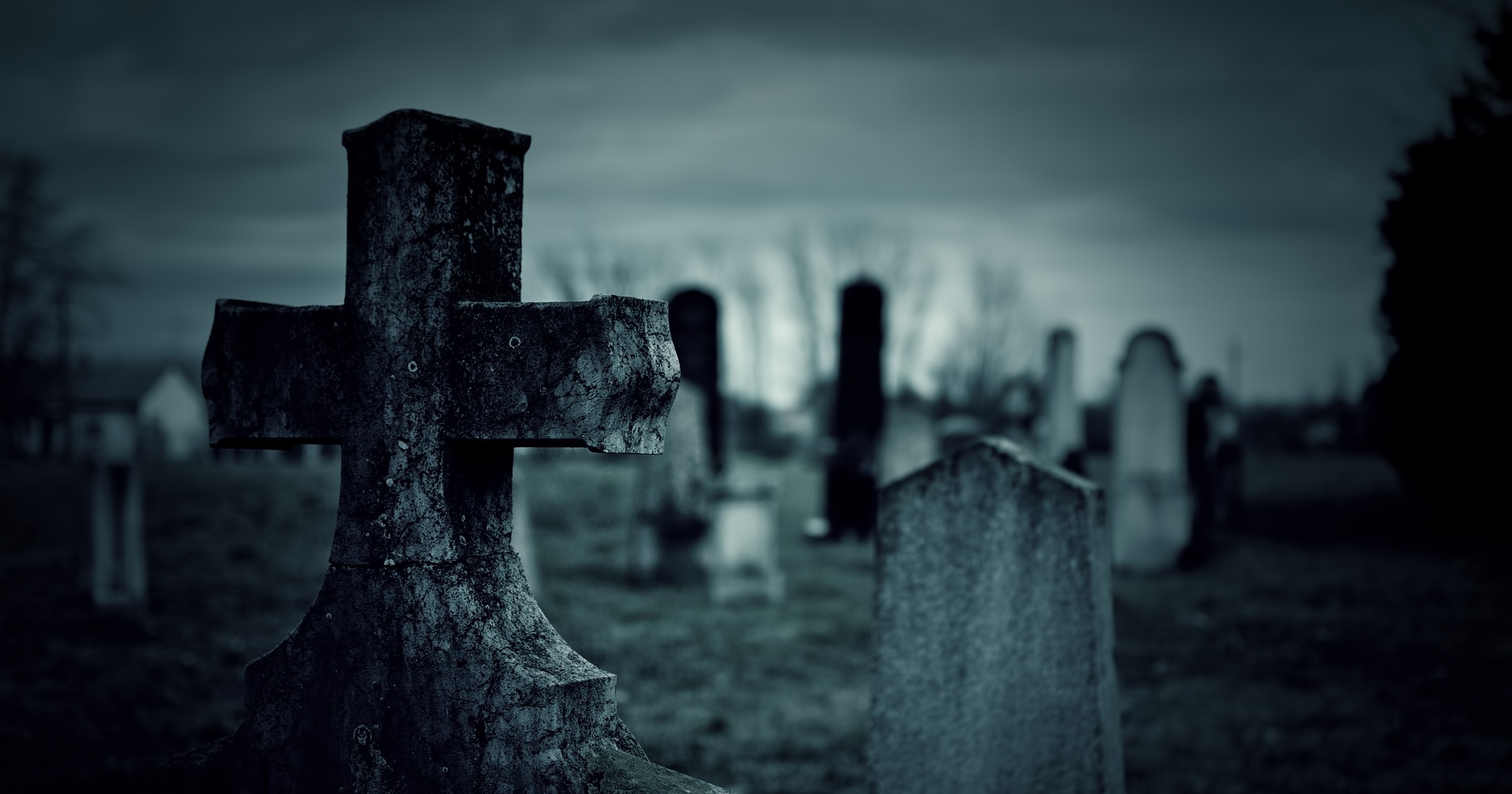 Christians have always had an odd relationship with Death.

Throughout history, people have feared death and used prayers, magical spells, and amulets to delay its coming. Alchemists attempted to achieve immortality through their studies. We usually think of alchemy as focusing on transmuting lead to gold, but that was symbolic of perfecting the imperfect or impure: the same means that transmuted lead to gold could also transmute our bodies into a pure, undying form.

People feared what happened after death as much as they feared death itself. While some cultures had a positive vision of the afterlife, most people feared it, knowing that it would bring a final judgment on their lives. In very few cultures did most people enter anything like heaven; for most, the afterlife was bleak or terrifying.

And then Jesus rose from the dead, His resurrected body a model for the resurrected bodies of His followers (1 Cor. 15:42-49). And with that, everything changed.

Death remains an enemy, of course, one that will not be defeated definitively until the resurrection of the dead (1 Cor. 15:6). But we should no longer be enslaved by fear of death (Heb. 2:14) because it no longer has the victory over us (1 Cor. 15:15).

Because of this hope, Christians in the early church were not afraid to die. They tended the sick in epidemics, for example, knowing that if they contracted the illness and died, they would be welcomed in Heaven. And, of course, they faced martyrdom without fear, going to often gruesome deaths singing hymns of praise to God.

Christians in the early church were not afraid to die. They tended the sick in epidemics, for example, knowing that if they contracted the illness and died, they would be welcomed in Heaven. And, of course, they faced martyrdom without fear, going to often gruesome deaths singing hymns of praise to God.

The Early Church thought such men and women deserved to be remembered, and so they held memorial services for them on the anniversaries of their deaths, the date they entered Heaven. This is the origin of the feast days of saints.

But this raised a problem: how should we commemorate all of the martyrs and saints who did not have feast days associated with them, either because they were unknown or nameless like the many who went to their deaths in Roman arenas, or because their work was unknown or unrecognized in the wider Church?

The answer was the creation of the Feast of All Saints, also known as All Saints’ Day or, in older English, Hallowmas or All Hallows’ Day. (“Hallows” refers to “holy ones” or saints.) The holiday evolved over many centuries. In the fourth century, churches in Greece and northern Italy began to commemorate the martyrs on the Sunday after Pentecost. Later, some regions celebrated the Feast of the Holy Martyrs on May 13. In 609 or 610, Pope Boniface IV picked that date to consecrate the Pantheon as a church to the Blessed Virgin and the martyrs and made it an annual feast day. At about this time in Germany, the feast was used to commemorate all the saints, not only those martyred.

In the early 700s, Pope Gregory III moved All Hallows’ Day to November 1, a change that aligned it with the practice of the Irish and Northumbrian churches. He also mandated that the celebration begin with a vigil the night before, which was then designated All Hallows’ Eve, or Halloween. In 835, King Louis the Pious mandated that these holidays be celebrated throughout the Frankish Empire.

A final element was added in the early eleventh century  when Odilo, abbot of the important monastery of Cluny, mandated that on November 2, Cluniac priories were to pray for the faithful departed who, according to the theology of the period, might be languishing in Purgatory. This, then, became celebrated throughout the church as All Souls’ Day.

The three days from Halloween to All Souls’ Day became known in English as Allhallowtide and was an important feast in the medieval church.

Whether you celebrate Reformation Day or Halloween, take some time to thank God for the saints who have gone before us. And if you have children, tell them about the Christian celebration that gives the holiday its name and tell them stories of the heroes of the faith.

This is not the history of Halloween we generally hear. Rather, we usually associate the origins of Halloween with Samhain (pronounced sah-wen), an ancient Celtic harvest festival celebrated on October 31. Samhain festivities included mumming (i.e. going from house to house in costume performing and asking for food, something like wassailing at Yuletide).

Since Samhain came midway between the autumnal equinox and the winter solstice, it was considered the beginning of winter (making the solstice truly “midwinter”) and was an “in-between time” when the boundaries between this world and the Otherworld grew thin. Thus, faeries and ghosts could more easily cross into this world, who would then need to be propitiated with offerings of food.

So, is Halloween pagan?

Scholars disagree on this, some focusing on its Christian roots and some on its connection to Samhain. It seems likely that the Christian holiday was set to align with Samhain, either to coopt it or because as an “in-between time,” that date was particularly appropriate to remember the saints. May 13, the earlier date for the Feast of the Holy Martyrs, was also the date of Lemuria, a Roman holiday in which malevolent spirits of the dead would come out and had to be propitiated with offerings, so the association of the feast with the dead and thin times between this world and the Otherworld go back further than All Saints’ Day’s association with Samhain.

However this is resolved, our Halloween traditions owe more to Samhain than to Allhallowtide, but the Christian roots are equally important to the holiday even if largely forgotten.

This year, whether you celebrate Reformation Day or Halloween, take some time to thank God for the saints who have gone before us. And if you have children, tell them about the Christian celebration that gives the holiday its name and tell them stories of the heroes of the faith. And if you don’t know any, why not take the time to learn some? It will give you perspective on your own life you’ll never get otherwise.