Answering Pro-Abortion Misinformation - Breakpoint
Give today to learn what it means to be a thoughtful Christian!
Skip to content 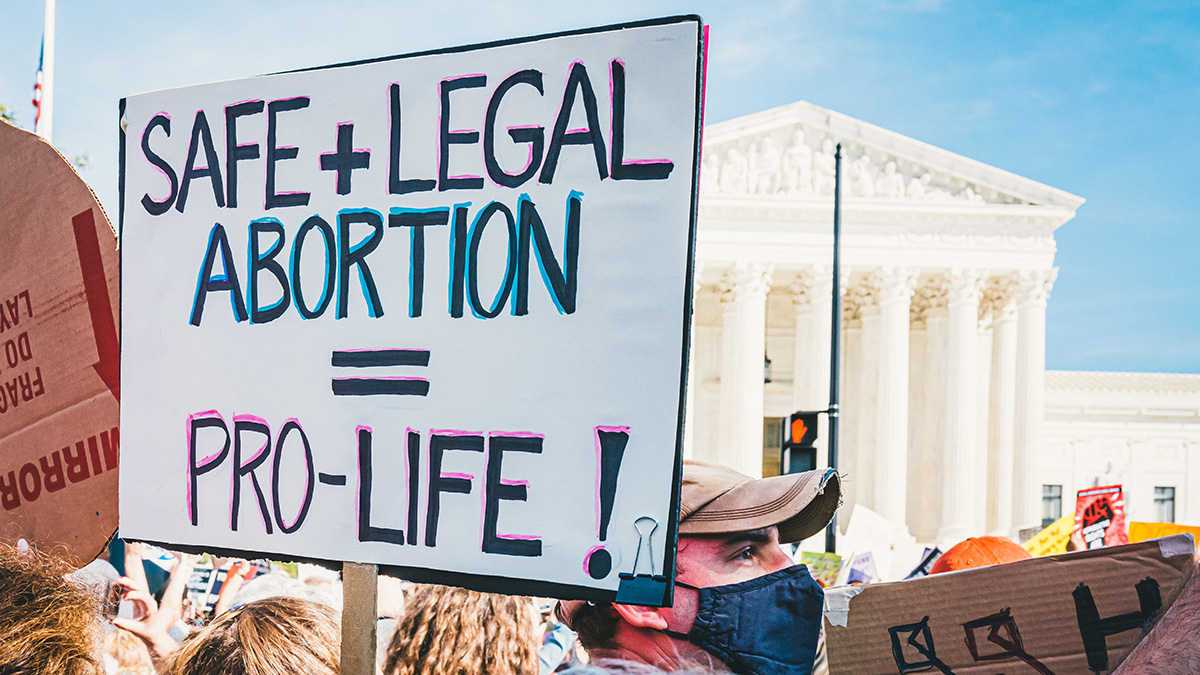 Increasingly, three common myths are touted by abortion advocates and pro-abortion media sources: (1) that abortion is healthcare, (2) that ectopic pregnancies and miscarriages will be treated as abortion in a post-Roe society, and (3) that the abortion pill is safe.

As mid-term elections loom, both pro-abortion candidates and the Democratic party—not always for the same reason—have been working to advance abortion “rights” and access as a central issue in November. Increasingly, three common myths are touted by abortion advocates and pro-abortion media sources: (1) that abortion is healthcare, (2) that ectopic pregnancies and miscarriages will be treated as abortion in a post-Roe society, and (3) that the abortion pill is safe.

To counter these myths (as well as a few others), the American Association for Pro-Life Obstetricians and Gynecologists (AAPLOG) has launched a campaign to put fact sheets into the hands of medical professionals. This information is vital not only to prevent patients from being misled but also as a public statement of solidarity for pro-life doctors and nurses.

A few days before the campaign’s launch, the pro-abortion American Board of Obstetrics and Gynecology threatened to revoke the certification of pro-life OB-GYNs, for disseminating what they called misinformation about “reproductive health care, contraception, abortion, and OB-GYN practices.” In essence, the board is saying that any OB-GYN that disagrees with their stance on elective abortion could lose their license to practice. As Alexandra DeSanctis, co-author of Tearing Us Apart: How Abortion Harms Everything and Solves Nothing, wrote recently in National Review, the vagueness of the board’s claims regarding its version of “misinformation” is nothing other than “veiled intimidation.” This is why the work of AAPLOG and all pro-lifers in correcting the oft-repeating myths of healthcare is so vital.

In stark contrast to AAPLOG’s fact sheet, the American College of Obstetricians and Gynecologists has its own, and it directly states, “Abortion is essential health care.” Sometimes all it takes to misrepresent truth is an adjective or, as in this case, a missing adjective. While in rare and tragic situations, a sick preborn child can put the mother’s life at risk, that kind of essential healthcare does not justify the vast majority of abortions that are “elective.” OB-GYNs are trained to recognize when life-giving medical intervention is necessary for a pregnant mother. In these heartbreaking cases, medical professionals work to save the mother. In elective abortions, medical professionals work to kill the child.

Adding the word “elective” to “abortion” tells the truth about the completely different situation in which a decision is made to end the life of a preborn child who is not endangering the mother’s physical health. That is not healthcare. And, according to AAPLOG, 93% of OB/GYNs do not provide elective abortions. Most enter the field to help women care for preborn babies—not take their lives—and they are able to tell the difference.

A second myth addressed by the AAPLOG fact sheet is that “women with ectopic pregnancies and miscarriages will not receive the care they need.” Each of these situations is categorically different from elective abortion. An ectopic pregnancy occurs when a fertilized egg implants outside of the uterus. In these cases, the baby will not survive no matter what the doctors do. In fact, up until July, Planned Parenthood’s website explicitly stated that treatment for ectopic pregnancy was not equivalent to an abortion. That statement was removed when it became a convenient talking point. As DeSanctis has written, none of the legislation in any of the 50 states eliminates care for ectopic pregnancies or miscarriages. Doctors who would refuse care for an ectopic pregnancy or miscarriage are misinterpreting their state’s laws, and to claim otherwise is patently false.

A third myth that the AAPLOG fact sheet repudiates is that “chemical abortions are a safe and convenient option for women.” Last December, the Food and Drug Administration extended their pandemic policy that mail-order chemical abortions be made available without requiring a patient to meet with a medical professional in person. And recently, the U.S. Department of Health and Human Services stated that it plans to find ways to protect access to chemical abortions.

Even if there were not the ethical problem of taking a human life, abortion medication is meant to be used before 10 weeks of pregnancy. If a woman is not required to see a medical professional, there is no way to confirm how far long the pregnancy is.

Everyone who cares about building a culture of life should be clear on the facts about abortion and women’s health. AAPLOG’s website includes counters to six other abortion myths. And, Alexandra DeSanctis will be speaking at the next Lighthouse Voices series on her book, “Tearing Us Apart: How Abortion Harms Our Culture and Disadvantages Women.” Join us at 7 p.m. (Central time) on October 4th either live (if you live near Holland, Michigan) or on livestream. You can register for free by visiting focusonthefamily.com/lighthouse-voices.